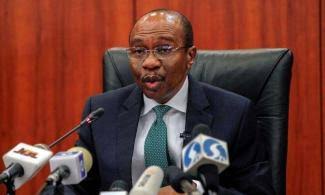 Senator Aliyu Magatakarda Wamakko of Sokoto State has joined Nigerians in criticizing the Governor of the Central Bank of Nigeria(CBN), Godwin Emefiele over the redesign of the Naira notes and the new controversial cash withdrawal limit set by the CBN.

Noting that the policies were the sole creation of the Central Bank Governor, Senator Wamakko warned that Emefiele would be called to account in the fullness of time for all the sufferings resulting from his, “inconsiderate monetary policies”.

“We note with concern the imminent hardship on innocent Nigerians that would arise from the Central Bank of Nigeria’s imposition of harsh policies on cash withdrawal limit, noting especially, that the livelihood of many individuals particularly in the North and their enterprises would be impacted,” Wamakko said.

He regretted that, “This is another not-well-thought-out among several other policies initiated by Emefiele and the CBN that have plunged the country and especially Northern Nigeria into economic crisis involving high inflation, poor exchange rate, and dwindling foreign reserve.

“It is equally absurd that the CBN Governor would so insist on the enforcement of this policy despite an order of the National Assembly to the contrary, in addition to mounting anger in the land,” he said.

The Senator also noted that the timing of the policy without adequate preparation and sensitization of the critical drivers of the economy, (the SMEs and MSMEs) could prove counter-productive and further drive many below the poverty line.

“We are bothered too that the banking infrastructure and mobile/digital facility to drive the cashless policy in Nigeria and in the North in particular, are not sufficiently developed,” Wamakko said.

He noted alleged that the policy introduced by the CBN is totally against Northern Nigerian interest which has the lowest financial Inclusion rate.

This policy, he said, potentially aims to cripple the Northern entrepreneurs who are generally micro and medium industry investors that normally transact and deal with cash payments looking at unavailability of banks in their localities.

“Inadequate banking system, presence, and acceptance in the North compared to number of banks in southern Nigeria and the large population of the North living in the rural areas with few microfinance banks, this policy will make it difficult for them because of non–functioning internet connectivity in many communities across the North,” he said.