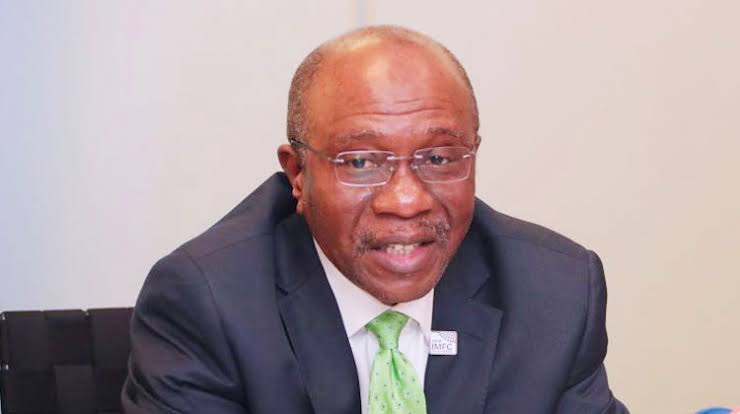 Governor of Central Bank of Nigeria (CBN) Godwin Emefiele has stated there is no plan to reverse the new cash withdrawal limit policy slated for take-off on January 9, 2023.

Emefiele however hinted that necessary reviews of the details of the policy would be carried out after implementation.

Emefiele, who disclosed these to State House Correspondents in Daura, Katsina State after a meeting with President Muhammadu Buhari, also said the policy is not targeted at any particular person but aimed at developing the economy.

A section of the public, especially the National Assembly, has kicked against the new policy, which many believe will make life difficult for Nigerians, affecting those in the small business enterprise cadre.

The House of Representatives on Thursday asked the CBN to suspend the policy until it adheres to the Act establishing it, summoning the Governor to brief members on it.

But Emefiele said he has the President’s backing for the current monetary redirection efforts, saying Buhari “was very very happy and said we should carry on our work, no need to fear, no need to bother about anybody”.

Responding to questions from Correspondents after his meeting with the President, Emefiele said: “Well, the Senate of the Federal Republic is National Assembly, they are legislative arm of the government and from time to time we brief them about what is happening and about our policies and I’m aware that they have asked for some briefings and we will brief them but I think it’s important for me to say that the cashless policy started in 2012.

“Almost three to four occasions we have had to step down the policy because we felt that there is a need for us to prepare ourselves and deepen our payment system infrastructure in Nigeria. Between 2012 and now 2022, almost about 10 years, we believe that a lot of electronic channels have been put in place that will aid people in conducting banking and financial service transactions in Nigeria.

“We heard about people talk about some of the people in the rural areas and the truth is that even online banking, as I was coming out to Daura, I saw a kiosk that has super agent today. It’s because of the way we felt that there was a need for us to deepen the payment system infrastructure.

“Having 1.4 million of them is as good as having 1.4 million banking points where people can conduct services and we think, Nigeria as a big country, the biggest economy in Africa, that we need to leapfrog into the cashless economy.”