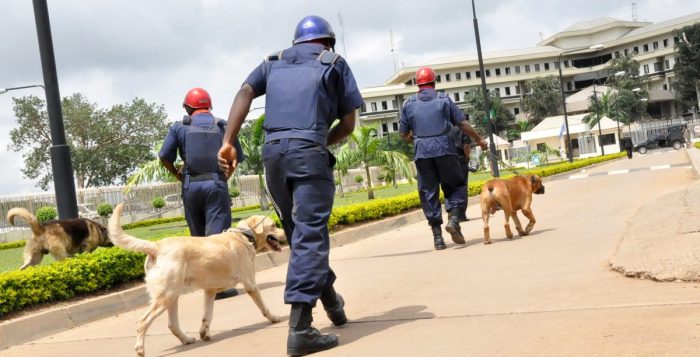 The Commandant General of the Nigeria Security and Civil Defence Corps (NSCDC), Ahmed Abubakar Audi, has said the Corps will deploy a tactical team to end the vandalism and removal of manhole covers across the Federal Capital Territory (FCT).

According to a statement on Monday by Olusola Odumosu, the spokesman of the NSCDC, he made this commitment during a visit to the Minister of FCT, Muhammad Musa Bello, where he expressed concern about the disturbing criminal trend of vandalism of public infrastructure in the city, especially manhole covers.

“We are ready to deploy a very robust security strategy to stop manhole theft, this is very disturbing and it has to stop.

“We have seen that stealing of these items occurs even on presidential routes. I assure you that we will increase surveillance on those manholes and deploy our tactical team for public infrastructure protection”, the CG was quoted as saying.

While speaking at the meeting, the FCT Minister hailed the CG for his efforts to reposition the Corps since his appointment, adding that; “because of the scale and size of the FCT, your organisation needs additional support and the deployment of your tactical team is very important.

“Due to the unique position of the FCT, I want to suggest that you really deploy extra men and women across the city to target infrastructure protection.

“The scale of vandalism in the last few months is unprecedented, manhole covers, telecommunication installations, solar panels for street lights, traffic intersections, cables, rails and bridges all are being vandalised.

“And simply because these facilities are very expensive, we are very pleased that you are committing your service to provide a tactical team to do it.”

He lamented the scale of expenditure incurred to maintain damaged or vandalised infrastructure and charged the Corps to go a step further by targeting the markets where these items are sold.

“On manhole alone, we have an expenditure of about N3 billion for us to replace what has been stolen and because they are specialised items, even if you have the money on the ground, you can’t get them, it has to be ordered, it has to be fabricated,” Bello said.