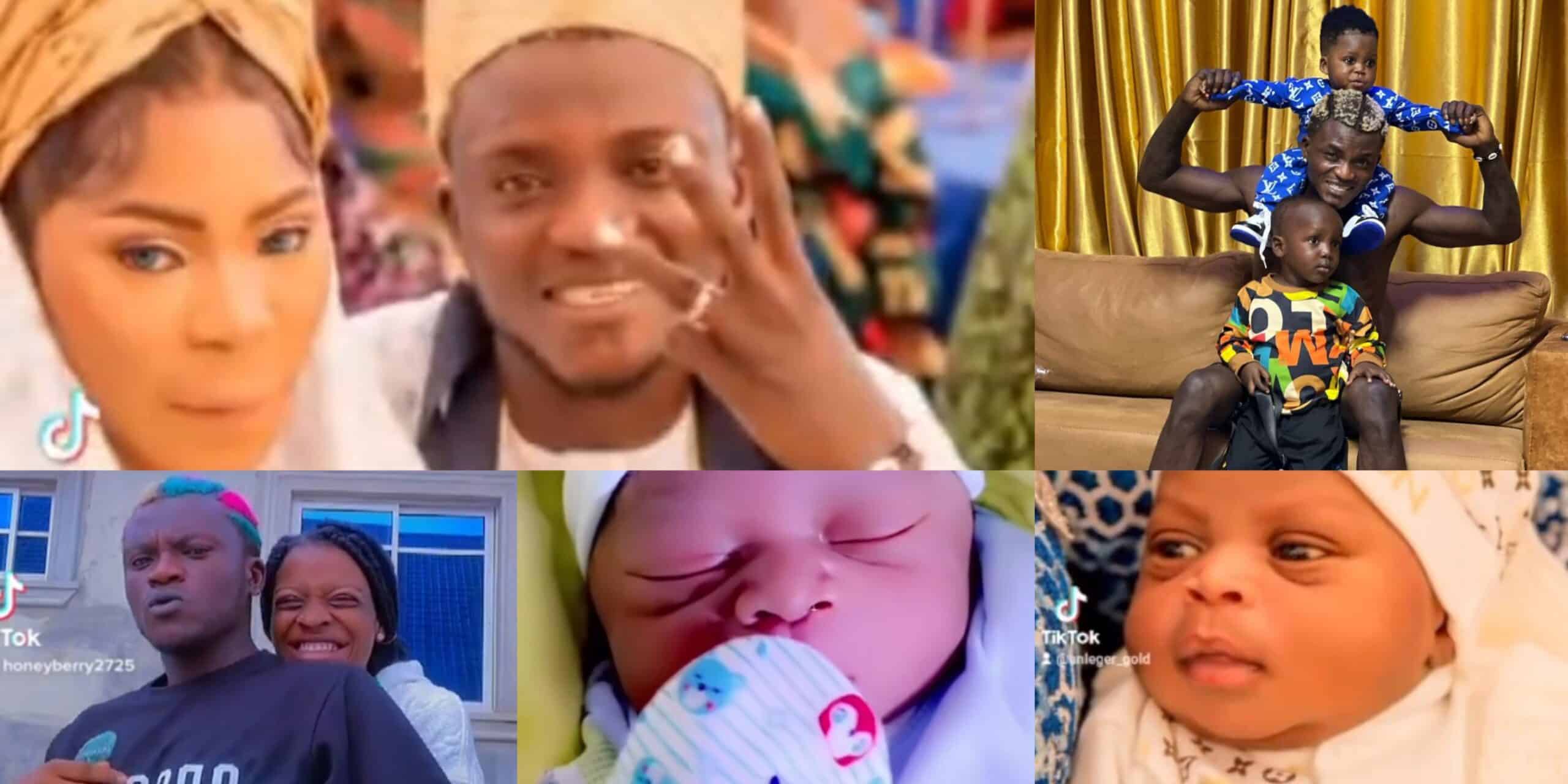 Controversial singer, Portable seems to be following the footstep of the Ooni of Ife, following his series of marriages in the space of one year.

Recall that in June, Portable got married to the mother of his two kids, Zainab at their child’s naming ceremony. The singer has picked a second wife, Keji, who welcomed another son for him on Saturday, December 10.

The birth of his fourth child would be the second child, he is welcoming this year. It is worth noting that Portable’s four sons all share close age gap.

Reacting to it, his fans stormed his comment section hailing him, while comparing him to the Ooni of Ife who got married to six wives within two months. 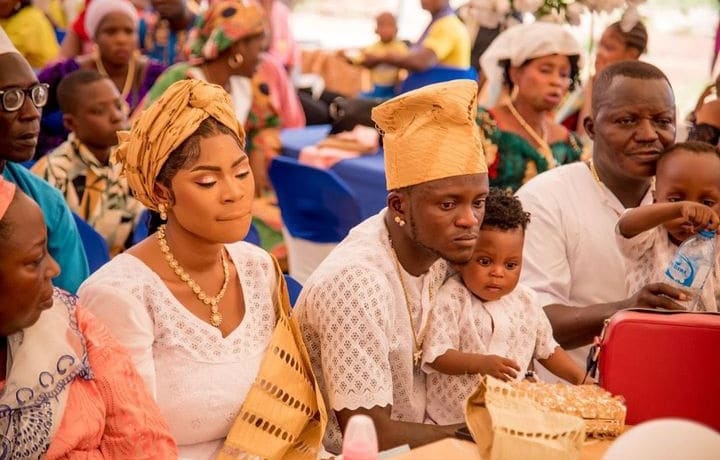 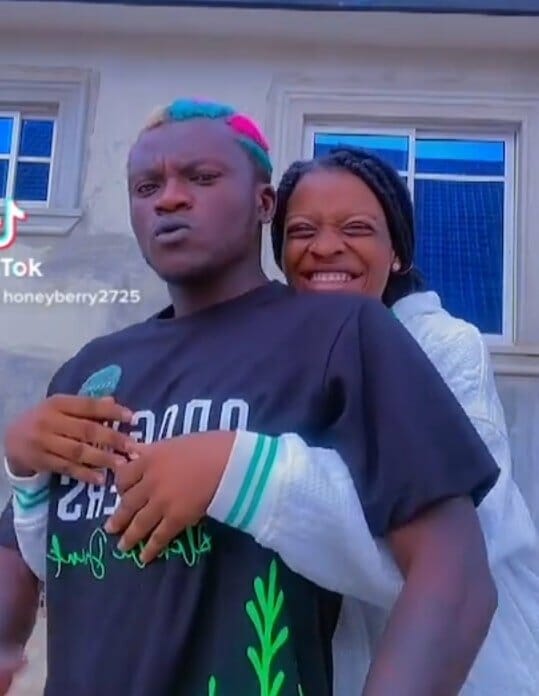 One Olabisi Akanni wrote, “King no dey get one wife…otilo finale

Mocking him, one Andre queried if it wants up to a year he married his first wife, “He don reach one year weh you do naming and wedding ceremony together Ika

One Pelumi wrote, “Two wives and two bouncing baby boys same year, no wonder them they call you wahala wahala

One nohpheesat wrote, “Ooni of Ife

One Luma wrote, “As you deh release song na so you dey give woman belle. 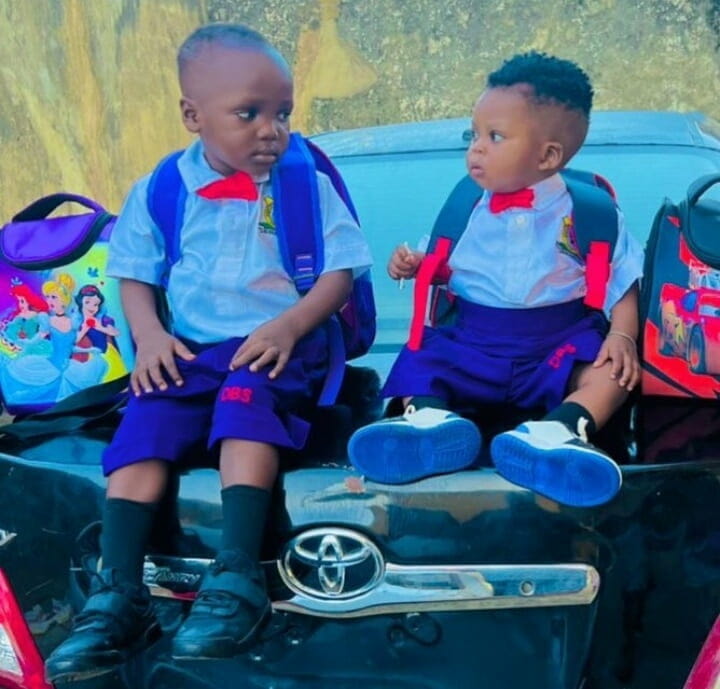 The reactions is coming hours after the singer announced the birth of his fourth child.

KFN reported months back that the singer had impregnated another woman and wedded her days after.

In a new update, Portable and his new wife had welcomed a baby boy on Saturday, December 10.

The birth of the baby, was a double celebration for the singer as the day marked his first anniversary in the music industry. Recall that Portable rose to fame and marked his entrance into the spotlight on December 10, 2021.

Rejoicing over the new addition to his family, he expressed gratitude to God for the new gift. 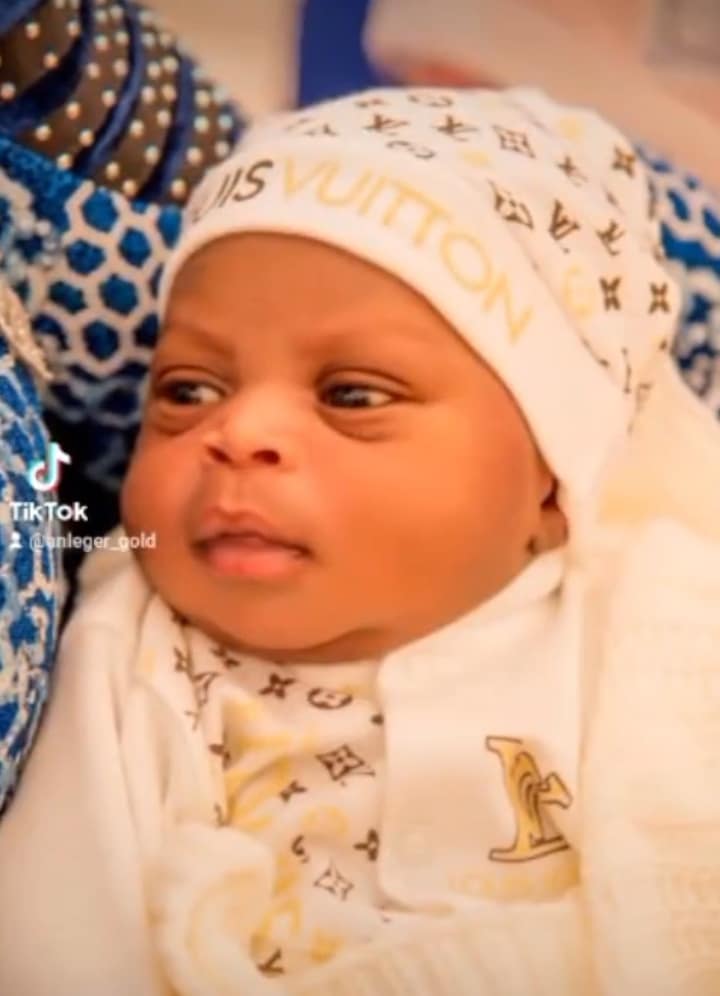 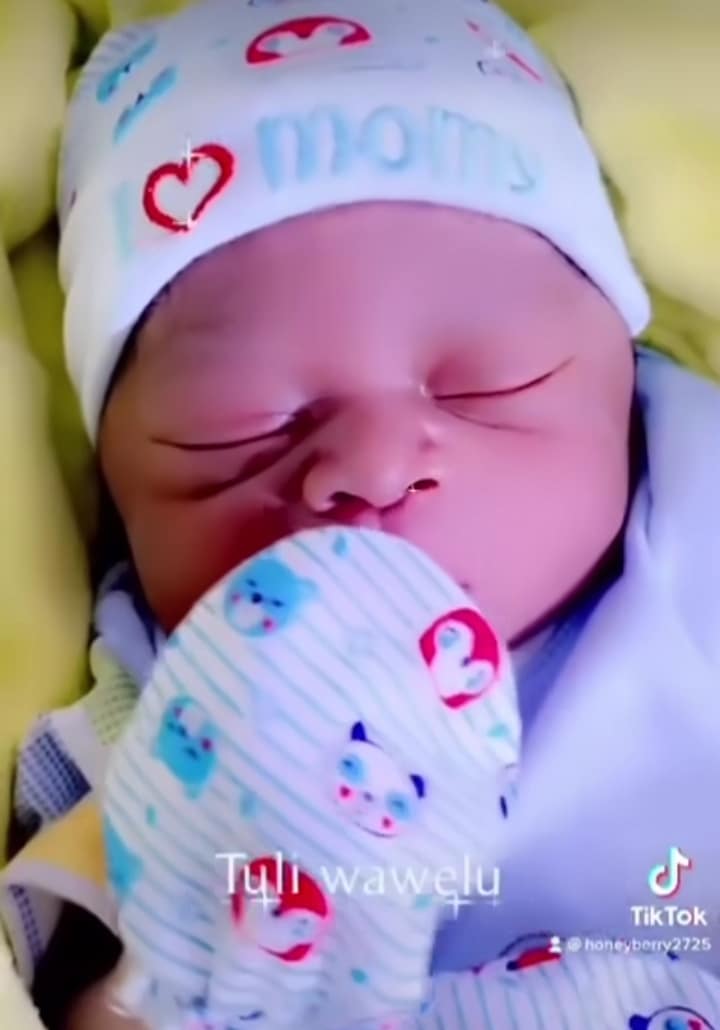 The singer had taken the first action by introducing her to his previous wife, Bewaji whom he wedded months ago.

A close source who spoke to PUNCH revealed that since Portable introduced the lady, Keji, who is his fourth lover to his wife Bewaji to live with his family, the wife had been upset.

“The name of the girl is ‘Keji’, and he has been dating her for about eight months. They met between January and February at the party of a guy nicknamed, ‘Ogo Hookup’, in Agege, Lagos. He actually plans to marry her.”

The source also stated that Keji was staying with Portable’s manager, Steliza, before she moved into the singer’s home.

The source continued, “The girl is the fourth girl in his life. He also has another lady called Asabi, and she is pregnant as well.

“Bewaji got angry because she had been with Portable before he became popular.”

The singer welcomed his second child with Bewaji on June 14, 2022. 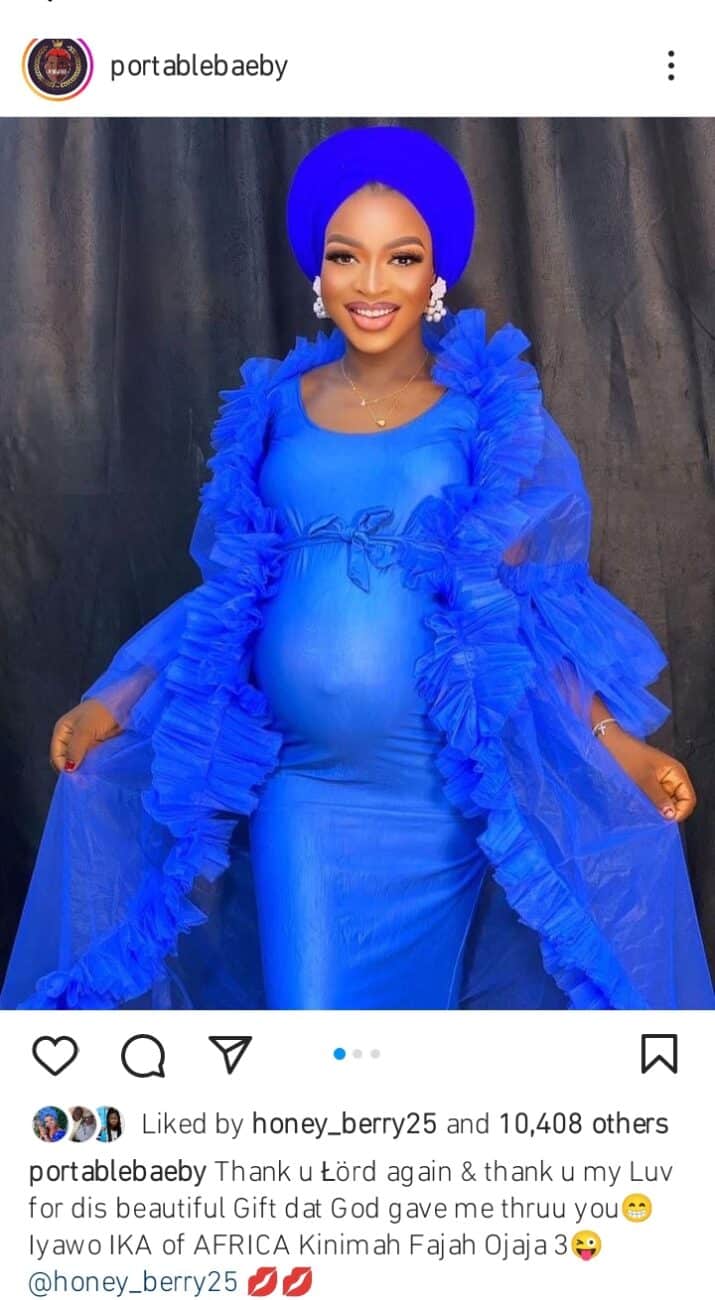 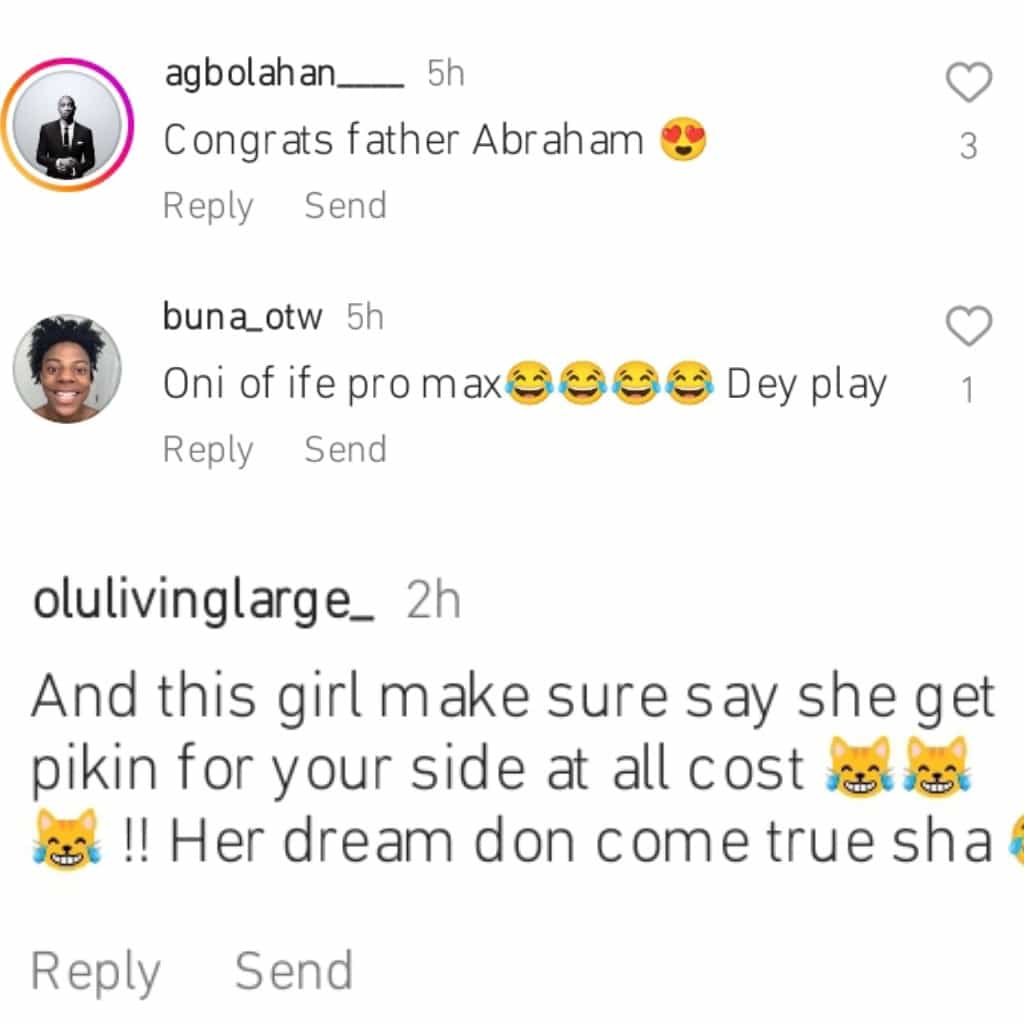 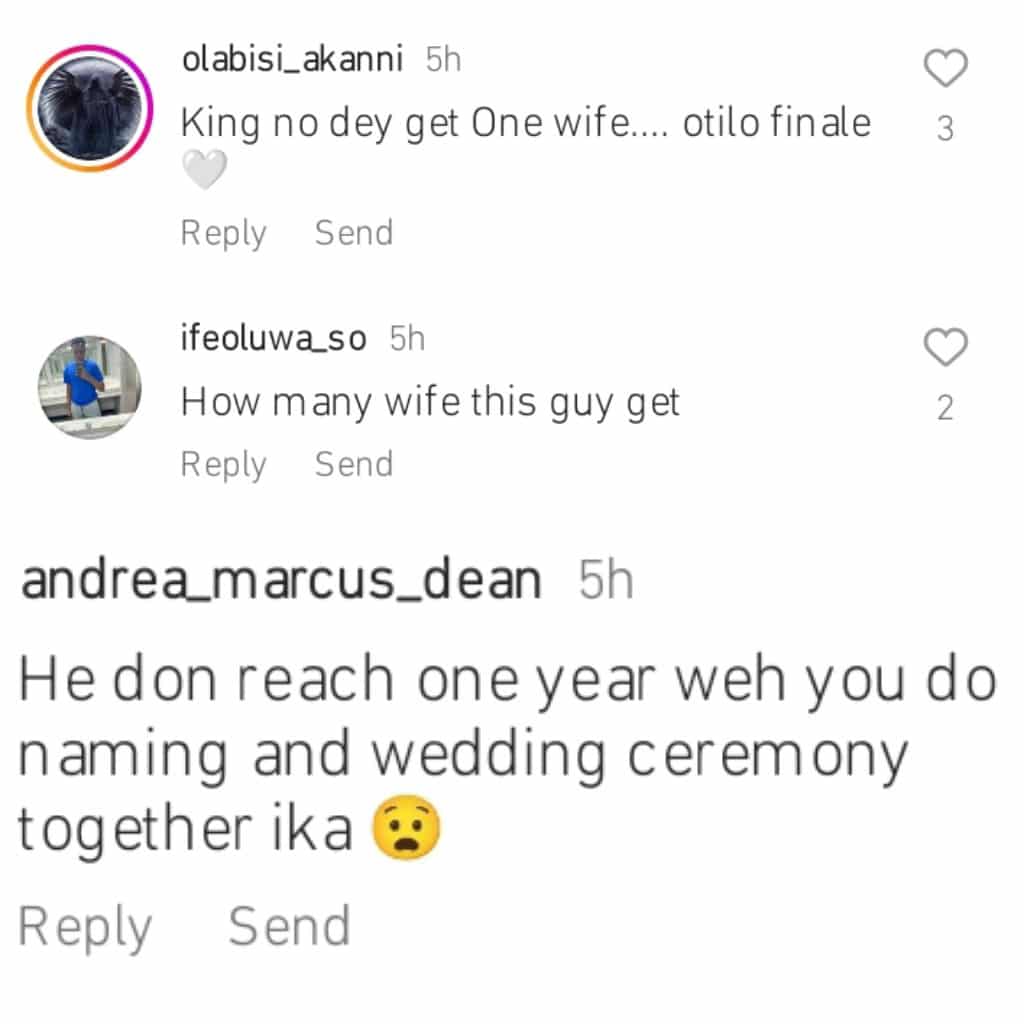 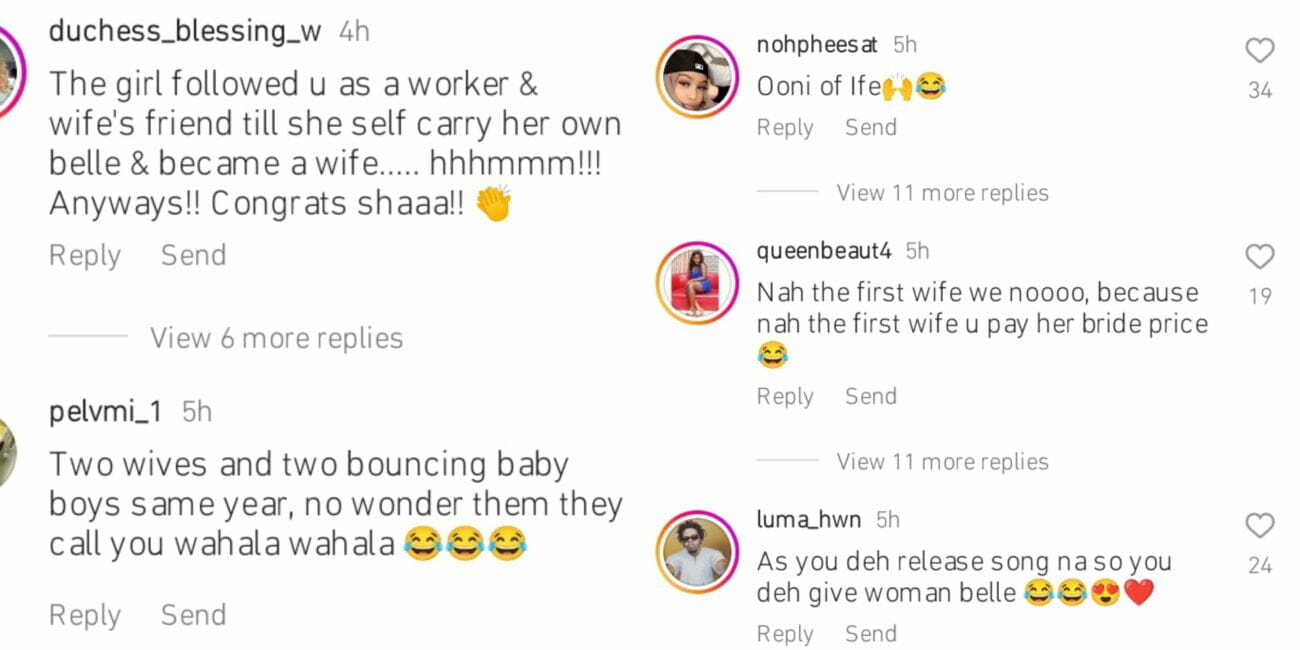