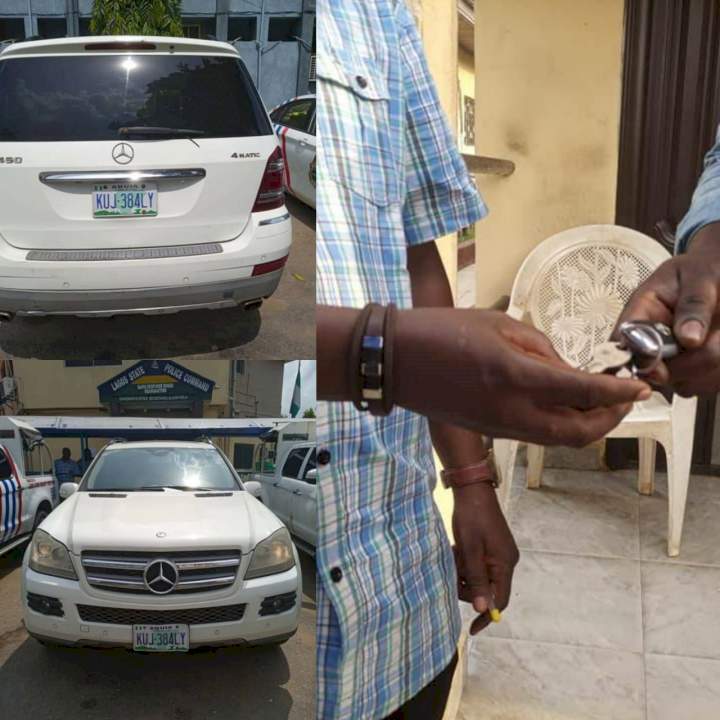 The owner of the Mercedes Benz SUV found by the police under Otedola bridge on Monday night, December 5, has recovered his car.

Recall that the Rapid Response Squad arm of the Lagos State Police Command had issued a statement announcing the discovery of an abandoned car under Otedola bridge. According to the RRS, the engine of the vehicle was running, with the driver's door open and valuables left inside the car.

In an update given, the RRS says the owner revealed that he abandoned his car because he was attacked by traffic robbers at the location after he stopped to check his tyre since he noticed it was shaking.

The statement by the police reads;

"The owner of the recovered SUV, 4Matic GL 450 with the registration number KUJ 384 LY under Otedola Bridge yesterday showed up two hours ago.

He said he abandoned the vehicle when he was attacked by traffic robbers after a stop to check his shaking rear tyre.

All confirmations done and vehicle along with valuables have been handed over to him while CSP Olayinka Egbeyemi has directed RRS Decoy Team to arrest those involved in the attack."