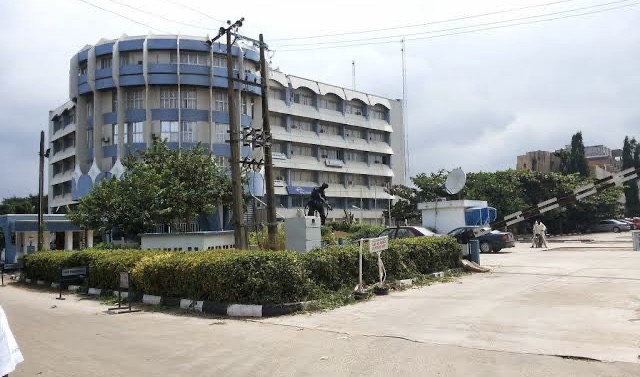 Pandemonium erupted on Wednesday in Akure, the Ondo State capital, as suspected armed robbers attacked a bank customer, carting away a huge sum of money.

The incident was contrary to earlier rumours suggesting that there was a bloody robbery attack on some of the new-generation banks in the Alagbaka area of the state capital.

Some residents and workers in the area were said to have hurriedly shut their doors for fear of being attacked and hit by possible stray bullets.

However, Peoples Gazette learnt that the robbers numbering about four only attacked a bank customer who had earlier withdrawn an unspecified amount of cash at one of the new generation banks in the Alagbaka area of Akure.

A source who witnessed the robbery incident disclosed that the robbers accosted the victim shortly after leaving the premises of the bank.

“Shortly after leaving the bank premises, they accosted his (victim’s) vehicle and later blocked him on the road.

“The robbers dragged him out of the car, collected the bag of money which must have contained a large sum and drove away on the opposite side of the road causing commotion,” the source who does not want his name published told The Gazette.

It was further gathered that the victim became unconscious as sympathisers including passers-by rushed down to render assistance after the robbers had escaped from the scene.

The Gazette learnt that one of the sympathisers immediately sent emergency calls to authorities.

The incident forced security agents, especially operatives of the Amotekun Corps, State Security Services and men of the Nigeria Police Force to begin a stop and search of vehicles on the adjourning streets in Alagbaka.

Confirming the incident, Funmilayo Odunlami Omisanya, the spokesperson for the Ondo police command, dispelled the rumour of any robbery attack on any bank in the capital city.

Mrs Omisanya said only a bank customer who had gone to withdraw a huge sum of money was attacked on the road by the hoodlums.

“There was no ‘robbery attack’ on any commercial bank in Akure,” she said, adding that “However, a man who withdrew a huge sum (money) was accosted and robbed along the road.”