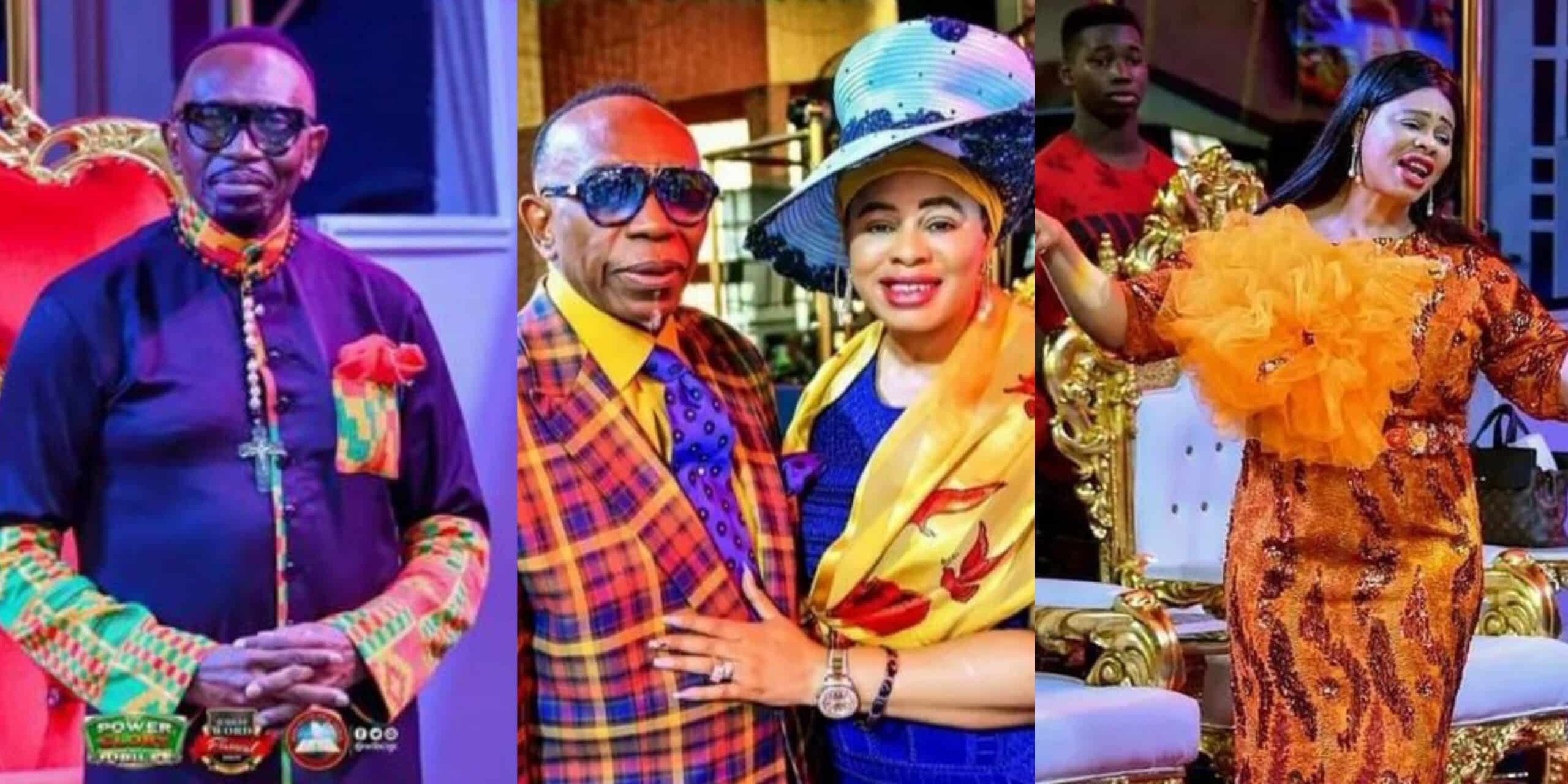 Since news broke out on the crashed marriage of former CAN president, Pastor Ayo Oritsejafor and his wife, Helen, the couple have become the cynosure of all eyes.

Kemi Filani news noticed that Mrs Helen Oritsejafor fondly called Mama Helen by the church members, has been noticably absent from many of the church activities.

Prior to the devastating news, Helen has been shunning many of the church programmes particularly the week-long celebration of her husband’s 50th anniversary as a clergyman in November, 2022. 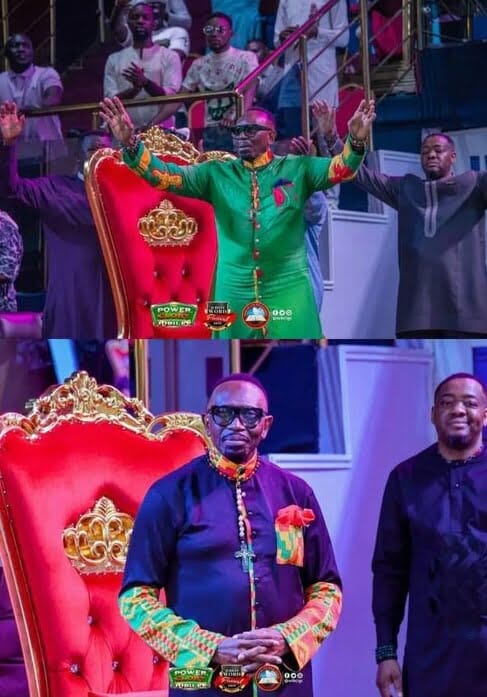 Recall that several clergyman including Pastor Adegboye and his wife attended the elaborate event.

Mrs Oritsejafor, who was always sitted beside her husband on the pulpit was absent at the event, and hasn’t been attending the church programmes.

During his birthday festivities, Mrs Oritsejafor was holding her daily live prayer sessions which she calls “Command The Day” on Facebook.

Her absent was further noticed on the flyer announcing the November church program. 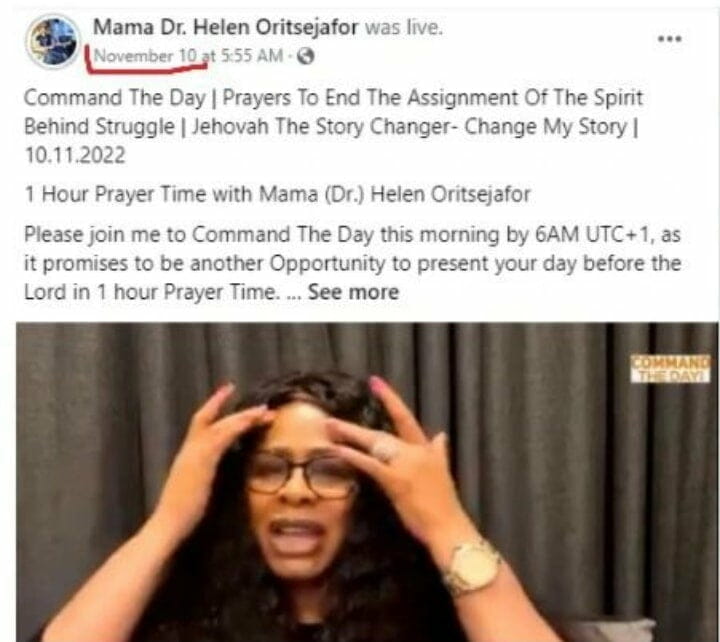 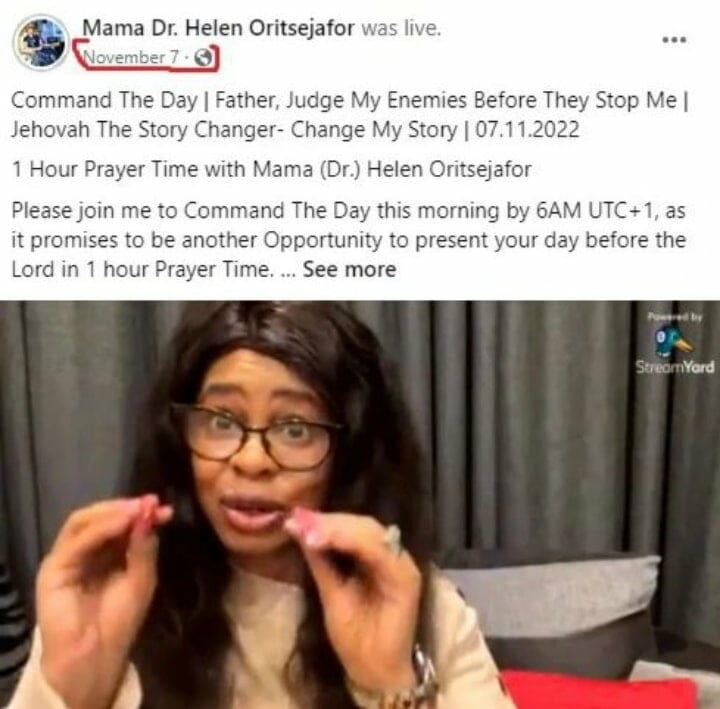 However, despite the signs of marital crisis, Ekiti state Politician, Opeyemi Falegan had debunked rumours.

Speaking out, Opeyemi Falegan who is the blood brother of Mrs Oritsejafor, shut down the rumours of a divorce.

He stated that attaching the family’s name to infidelity is not only disgusting but abhorrence and totally unacceptable.

He noted how his family is only known for their strong moral principles.

“My sister is not divorced and will never be divorced this claim is without evidence” as some media outlets framed it. Before you stare a story kindly spend a moment evaluating the evidence. Attaching our family name (Falegan) to infidelity is not disgusting but abhorrence and totally unacceptable. Falegan families are known for their strong moral principles.

I support good journalism but I will criticise stories that are poorly researched or downright misleading.

Use your media literacy to discern and amplify truths that are backed up by good evidence. Kindly desist from further lies – Opeyemi David Falegan. (Mama Helens Oritsejafor blood brother) clearing the air”.

Recall that news made rounds that former president of the Christians Association of Nigeria (CAN), Ayo Oritsejafor, and his wife Helen had reportedly separated after 25 years of marriage.

According to reports, the popular Pentecostal pastor parted ways with his wife over a protracted and bitter misunderstanding.

It was said that the Niger Delta-based self-styled ‘Bishop of Godism’, Ufuoma Bernard, Helen in a WhatsApp message earlier in 2022 accused the estranged husband of wanting her [email protected]

Mama Helen Oritsejafor, as she is affectionately known among Congregants of the Church, was formerly in charge of administrative duties in the charge and reigned supreme as the wife of the Church’s founder.

On the condition of anonymity, some church members said “Mama” has been physically attacking Papa Ayo Oritsejafor on a regular basis recently. Read more here.