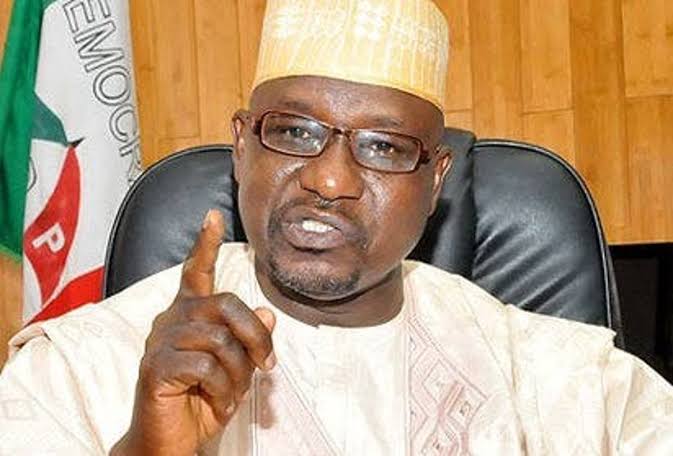 The police in Imo say they have arrested Chinwendu Nwagwu, the suspected leader of the gang that killed Ahmed Gulak, a former presidential aide.

The spokesperson of the police in Imo, Michael Abattam, said this while parading the suspect at the command’s headquarters, in Owerri, on Wednesday.

Mr Abattam said Mr Nwagwu, popularly known as ‘Onye Army’, confessed to joining the Nigerian Army in 2013 but left in 2021 and later joined the Eastern Security Network (ESN), the armed wing of the proscribed Indigenous People of Biafra (IPOB).

He said Mr Nwagwu further confessed to leading the gang that attacked offices of the Independent National Electoral Commission (INEC) in the Ihitte-Uboma and Isiala Mbano council areas, the state headquarters in Owerri.

According to him, Mr Nwagwu was arrested at his country home in Nguru, Aboh Mbaise council area of the state, on December 25.

He also said the suspect confessed to using black magic to prevent bullets from penetrating his body, adding that several items were recovered from his home upon his arrest.

“He rose to become commander in the ESN and personally confessed to have trained over 100 persons in the IPOB,” the police spokesperson said.

He also confessed to being part of those who burnt police stations and INEC offices and killed several innocent people.

“He confessed to a recent kidnapping of expatriate engineers along the Umuna/Okigwe road, murder of a native doctor in Nguru, Aboh Mbaise council area of Imo, and killing of a police inspector and a sergeant in Aboh Mbaise Police Station.

“He confessed to leading the burning of several police stations, the killing of a truck driver along Mbaise road, attack of Owerri Correctional Centre and Police Headquarters in Imo,” he said.

Mr Abattam added that Mr Nwagwu, who confirmed his involvement in the killing of Mr Gulak, said his paymasters, including some traditional rulers, had deserted him and declared him wanted.

Mr Nwagwu had said he prayed to come in contact with security operatives, whom he believed would spare his life and give him a chance to defend himself legally.

“When my gang member shot Gulak, the bullet didn’t penetrate his body, so I came down from our vehicle, removed the rings on his finger and shot him before the bullet eventually penetrated. He fell to the ground and died,” the suspect said.

Mr Gulak was killed on May 30, 2021, on his way to the Sam Mbakwe Airport to board a flight to Abuja.