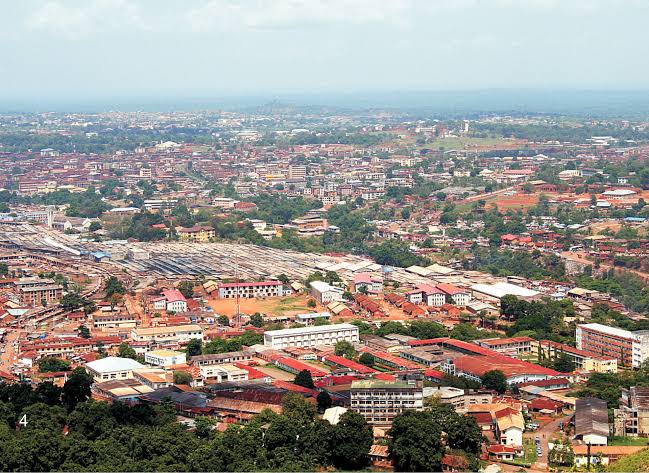 The royal family of the Anambra State Police Public Relations Officer, PPRO, Mr Tochukwu Ikenga has denied the allegation which claimed that his family was engaged in land grabbing, torture, arrest, harassment and intimidation of citizens in Enugu state.

This came after Ikenga’s father and the Traditional ruler of the Obeagu-Ugwuaji autonomous community, HRH Igwe Christopher Ikenga were accused of taking possession of people’s land, use of his son’s police job to harass and intimidating into submission anyone that showed resistance.

Responding to the allegation, the Secretary of Obeagu-Ugwuaji palace, Chief Edwin Nyia said that the report of land grabbing, torture, intimidation, arrest and harassment by Igwe Ikenga and family was false, malicious, adding that the attempt was to tarnish the image of the royal family, adding that it was prejudicial to the justice system.

On the alleged forceful takeover of lands belonging to the six communities of Ugwuaji, Nyia said that “It is a known fact that all lands belonging to the concerned six Communities after the creation of Obeagu-Ugwuaji Autonomous Community had in the past been demarcated and gazetted by the state government through the State Boundary Commission situated at the Deputy Governor’s office and it is a public document for anyone who cares to know.

“Emphatically and as a matter of policy, HRH Igwe Ikenga and family do not engage in land business or dealings as such powers are adjudicated to the Chairman Power of Attorney, the President General of the Community and the legal representative of the Community.

“It is disheartening to state that HRH Igwe Ikenga and family whose name is a reference point for hard work, diligence and honesty would lend his reputation built steadfastly over the years to acts of such accusations which he must now stoically suffer through while clearing his name.

“The general public are advised to resist the urge to buy into media trial/sensationalism which is unsurprising but regardless harmful to the course for the truth which His Highness stand for.

“Igwe Ikenga is ready for any investigation and will honour any Government agency, security invitation or from any relevant bodies but the alleged victims, persons, or group should be in attendance when such meeting is scheduled.”