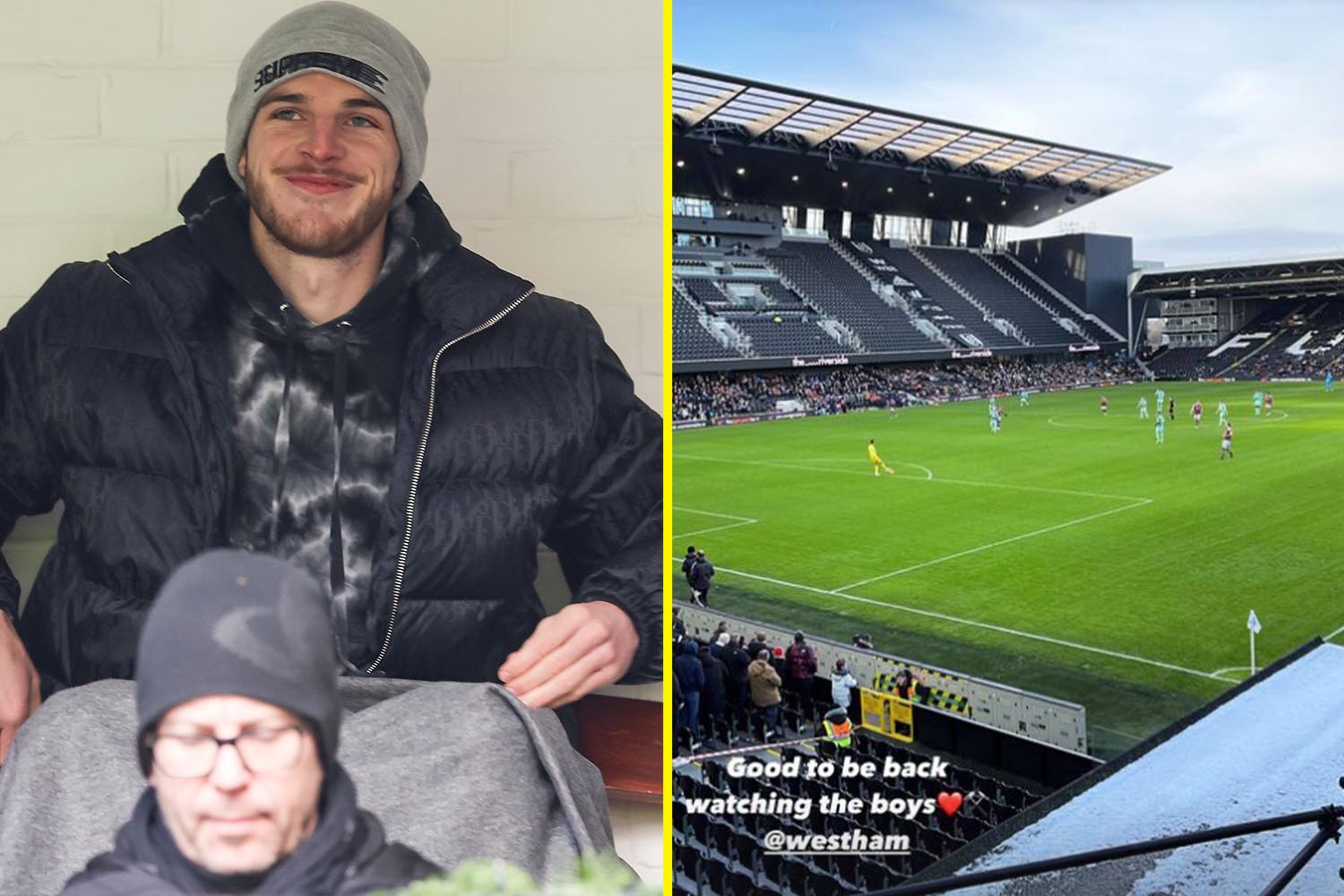 Declan Rice put his England World Cup disappointment behind him as he returned to the stands to watch West Ham in a friendly.

Rice and the Three Lions exited the World Cup last Sunday after falling to holders France in the quarter-final, and the squad have returned home ahead of the return of the Premier League campaign. 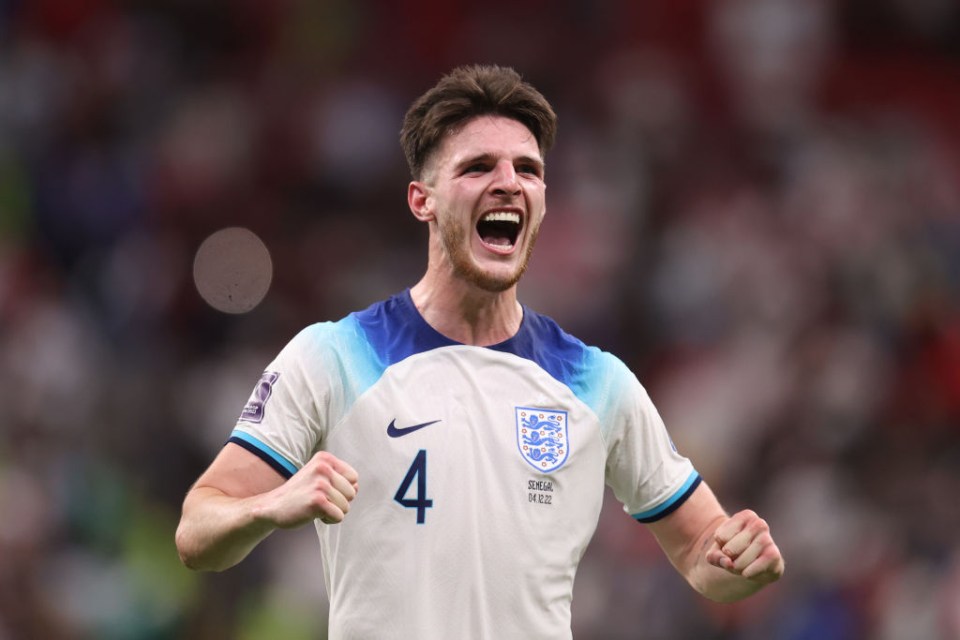 Rice played well in the World Cup with England

Rice started every game at the World Cup for England in midfield and had a fine tournament, forming a solid partnership with the likes of Jude Bellingham, Jordan Henderson and Mason Mount.

He’s now shown his support on social media as he watched West Ham United’s friendly against Fulham from the stands at Craven Cottage, positing a picture of the stadium on his Instagram story.

The friendly finished 1-1 with Carlos Vinicus scoring the opener for Fulham before Jarrod Bowen equalised as the game finished level, with both teams getting ready to return to Premier League football.

Rice made a visit to the game and he posted a message on the story that read: “Good to be back watching the boys,” showing his support for the Hammers and an indication of his desire to get back on the pitch in claret and blue.

It’s not clear when he’ll return to training with the first-team and it’s possible he might miss the first few games back as West Ham return to domestic action next week. 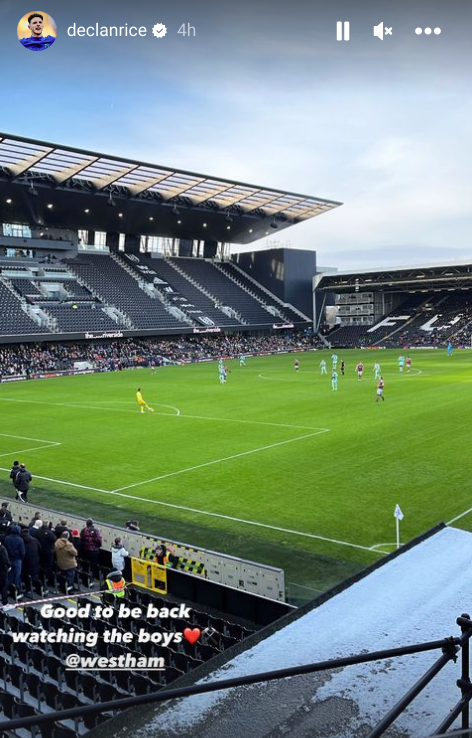 West Ham travel to the Emirates Stadium to take on London rivals and Premier League leaders Arsenal on Boxing Day, before hosting Brentford on December 30 and then making the trip to Elland Road to take on Leeds on January 4.

This could well be Rice’s final few months at West Ham as interest in his transfer continues – Chelsea have been the club most linked with him and are said to be keen on bringing him back when the chance arises.

Rice previously played at Chelsea as a youngster before he was released and he ended up joining West Ham, where he has built a stellar career, earning a starting spot for club and country aas well as the captain’s armband.