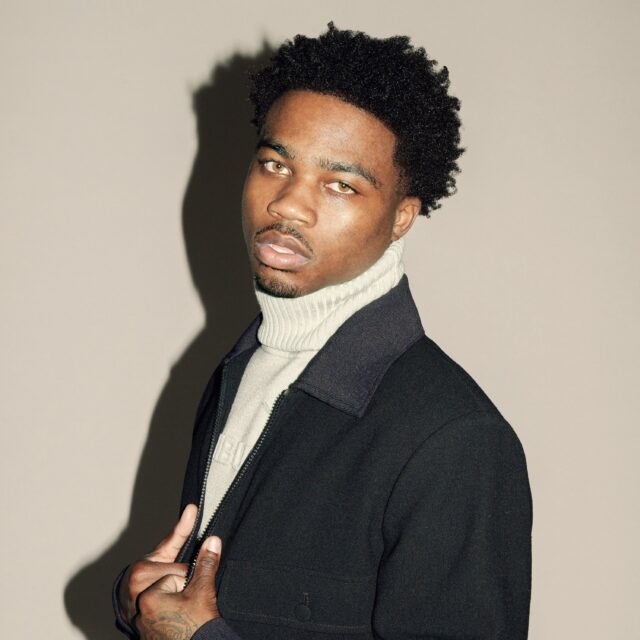 Roddy Ricch (born October 22, 1998), known by his real name Rodrick Wayne Moore Jr., is a gifted American rapper, singer, and songwriter from the United States. He rose to prominence in 2018 with his viral hit Die Young, which peaked at number 98 on the Billboard Hot 100.

In 2019, Roddy Ricch released his highly anticipated debut album, Please Excuse Me for Being Antisocial, which soared to the top of the US Billboard 200 chart. The album included the hit tracks Ballin and Ricch Forever, and was nominated for Best Rap Album at the 62nd Annual Grammy Awards.

Roddy Ricch continued his ascent to stardom in 2020 with the release of his single The Box, which made history as the first song by an artist who had not yet released a studio album to reach the number-one spot on the Billboard Hot 100. It is clear that Roddy Ricch is a rising talent in the world of hip-hop and rap.

Born and raised in Compton, California, Roddy Ricch had a difficult upbringing. He was born on October 22, 1998. He was a member of the Park Village Compton Crips, a notorious gang in the area, and has two “C” tattoos to symbolize his affiliation. Despite this, he could channel his experiences into his music and began rapping at the young age of eight.

At the age of twelve, Roddy Ricch had the opportunity to perform for fellow Compton resident and rising rapper Kendrick Lamar. This early exposure helped pave the way for his future success in the music industry. Growing up, he also listened to and was influenced by artists like Speaker Knockerz, Young Thug, and Future.

In 2019, Roddy Ricch released his debut album, Please Excuse Me for Being Antisocial, which quickly shot to the top of the charts and earned him a Grammy nomination. On his 23rd birthday, he surprised his father with a brand-new Porsche, showing his deep appreciation for his father’s support and guidance throughout his life. As he continues to rise in hip-hop and rap, he remains true to his roots and tells his unique and powerful story through his music.

In 2017, Roddy Ricch began dating Allie Minati, aka, Allie Kay, an African-American musical artist. The couple welcomed their first child in April 2020. He has also been rumored to have had a romantic fling with Saweetie, though he has not confirmed this rumor.

In 2019, Roddy Ricch was arrested on suspicion of felony domestic abuse after allegedly physically assaulting his girlfriend, Allie Minati, in his Los Angeles home. He was released on bail, and the charges were dismissed due to a lack of evidence.

Though their relationship status is unknown, Roddy Ricch has also been linked to model and entrepreneur India Love. Despite these personal challenges, Ricch remains focused on his music and continues entertaining fans with his unique and captivating sound.

In 2020, Roddy Ricch was nominated for an impressive seven Grammy Awards, including Best New Artist and Record of the Year. He also took home the BET Award for Best New Artist. Clearly, his unique blend of rap, hip-hop, and R&B has resonated with audiences across the globe, and he shows no signs of slowing down anytime soon.

Roddy Ricch has been known to collaborate with some of the biggest names in the music industry. In 2020, he was featured on Meek Mill‘s tribute to the late Nipsey Hussle, Letter to Nipsey, and also worked with Gunna and London on da Track on A Boogie wit da Hoodie‘s hit single Numbers.

In 2021, Roddy Ricch performed a live rendition of the unreleased song Heartless at the 63rd Annual Grammy Awards, which was later released to the public on March 14. He also teamed up with fellow American rapper 42 Dugg on the single 4 Da Gang, which was included in 42 Dugg‘s commercial mixtape, Free Dem Boyz.

Roddy Ricch‘s unique style and versatility have made him a highly sought-after collaborator, and fans can expect to hear more exciting collaborations from him in the future.

Roddy Ricch joined forces with Lil Baby and Bryson Tiller on DJ Khaled‘s track Body in Motion for the producer’s twelfth studio album, Khaled Khaled, which was released on April 30, 2021. The song showcases Roddy Ricch‘s unique flow and catchy lyrics and is sure to be a hit among fans of all three artists.

Today, Roddy Ricch is known for his unique blend of hip-hop, rap, and R&B, and his debut album, Please Excuse Me for Being Antisocial, has earned him critical acclaim and a dedicated fanbase.

His net worth of $25 million is a testament to his hard work and talent, and it is expected to continue to grow in the years to come.