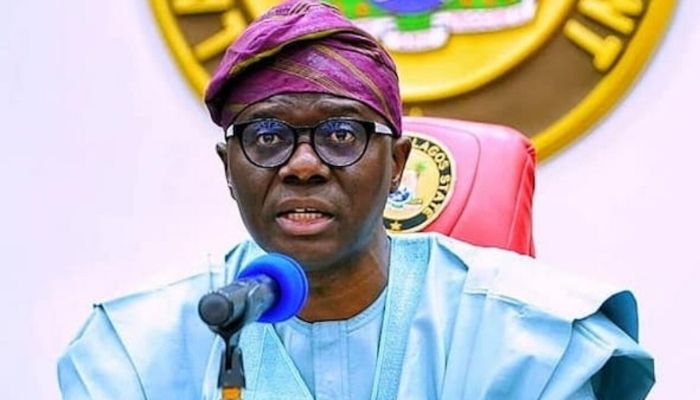 Governor of Lagos State, Babajide Sanwo-Olu has allegedly invoked his immunity to prevent him from undertaking a paternity test after a paternity case was filed against him by Emmanuel Moses, a 27-year-old father of three who claims to be the governor’s biological son.

In the SUIT NO.: EHC/148/2022 between Emmanuel Moses Sanwo-Olu and Babajide Sanwo-Olu, the claimant averred that he was the conjugal product of a congenial relationship that existed between his mother, Grace Moses, and the defendant in 1994/95.

In his writ of summons issued by J. O. Aikpokpo-Martins, Esq., the claimant is praying to the court for the following:

“A declaration that the defendant is the biological father of the claimant begotten from Madam Grace Moses of Oleri, Delta State.

“An order directing and compelling the defendant to acknowledge and accord the claimant all the rights of a son in accordance with all the laws applicable whether customarily, statutorily, or constitutionally.

“An order of perpetual injunction restraining the defendant from further denying the parenthood of the claimant.”

The claimant, in the 19-paragraph statement of claim attached to the writ, claimed that Governor Sanwo-Olu was a staff of a private company operating in Warri and its environs in Delta State from 1994 to 1995, and in the course of working and living in Warri that period, he had an amorous relationship with a girl known as Grace Moses from Oleri village near the Warri metropolis, Delta State from between 1994 to 1995.

He further alleged that the said Grace Moses eventually became pregnant for Sanwo-Olu in 1994 to the defendant’s knowledge and without any form of recriminations from him.

He added that shortly after, the defendant left Warri and Grace Moses lost contact with him to date.

Grace Moses eventually gave birth to a son, and named him Emmanuel Moses; Moses being the claimant’s mother’s family name.

According to the Claimant, he was brought up all alone by his mother in ignominy, despair, and difficulties, as could be expected for an unmarried poor girl from a squalid background.

While under intense pressure and ridicule from his peers, Emmanuel was informed that his father was a Yoruba man known as Jide Sanwo-Olu, who had claimed to come from both Ijebu-Ode and Epe; that was the little the claimant’s mother could about the defendant’s background.

The claimant further averred that his mother informed him that some unique features she noticed in the defendant then were his left-handedness and clean-shaven. She also remembered the defendant to be very gentle, caring, respectful, and soft-spoken.

Emmanuel claimed that sometime in 2022, someone suddenly drew his attention to the defendant on the television as answering Sanwo-Olu and of the unique fact that the defendant was also left-handed and bears his semblance.

The claimant said until he watched the video of the defendant on television inspecting some projects, he was initially in doubt.

Worried by the development, he decided to visit his mother, armed with a video and photo of Sanwo-Olu for more inquiries.

According to him, downloaded the picture of the defendant from his Instagram page and also downloaded pictures of seven other men and handed them over to his mother to identify who his father was.

The claimant’s mother could identify the defendant’s picture from amongst the several pictures brought before her as the man she had an affair with between 1994 and 1995.

The claimant’s mother, at this point, did not know that the Defendant was the current Governor of Lagos State.

She also watched the recorded video of the television broadcast of the defendant which she instantaneously identified as the Jide Sanwo-Olu, who was in Delta State from 1994-95, and with whom she had a fruitful affair during pregnancy to show for it.

Emmanuel stated that since the discovery, all attempts to reach the Defendant have proved futile hence the need for litigation to know his real father.

In the writ of summons, the claimant is seeking a DNA test to prove his claim and called on the defendant to waive his constitutional immunity to agree to a DNA test if he insists that he is not the claimant’s father.

The court processes, which were filed on the 1st of August, 2022, came up for hearing on Tuesday at High Court 2, Effurun, but were later adjourned to January 17, 2023.

Speaking with journalists after the adjournment of the suit on Tuesday, counsel to the claimant, Mr. John Aikpokpo-Martins Esq, said that the matter came up for hearing, but could not hold.

He explained that “the lawyers to Sanwo-Olu, Templas Law Firm, had earlier filed a motion to strike out the matter on the grounds that the governor was not ready to wave his immunity.”

Aikpokpo-Martins recalled that he had also filed an application seeking an order for the governor to wave his immunity to come for a DNA test to confirm or otherwise the boy’s paternity.

According to the legal practitioner, “We are expecting that he will do that if indeed, he is sure that he is not the father of the claimant.

“But unfortunately, he invoked his immunity to say he is immune against lawsuits and he is not ready to wave it.

He pointed out that the matter, which was meant for a hearing, could be resolved amicably if the defendant simply submitted himself for a DNA test.

“We ourselves, we are not ready. I pleaded with the other side to give us time to see if this matter can be resolved. Resolved in the sense that if the governor will just wave his immunity and come for a DNA test.

“If he is sure that he is not the father of the boy, why should he be afraid of submitting himself to a DNA?

“We have a situation where the claimant wants to be aware of who he is, and has stated clearly in the case that, he has no family.

“His rights are curtailed and things like that. And he is already having children. They need to know who they are,” he affirmed.

Aikpokpo-Martins, therefore, urged the Lagos State governor to validate the paternity of his client saying, “nothing more to it.”

He hoped that “From now till the next adjourned date which is January 17th, let’s see whether morally his conscience can be appealed to or bring himself forward for a DNA test with Emmanuel.

“It does not need to be in the press. It can be done quietly. Nobody wants to actually make noise with him, but he has actually extremely proven very difficult to scientific verification with the claimant.

“If it happens that Emmanuel is not his son, he goes home. It’s a very simple thing. But if it’s his own, then the young man will be happy that, at least, he knows where he comes from.

“By then, he now has the power and authority to go into the Sanwo-Olu family as a member of the family.”