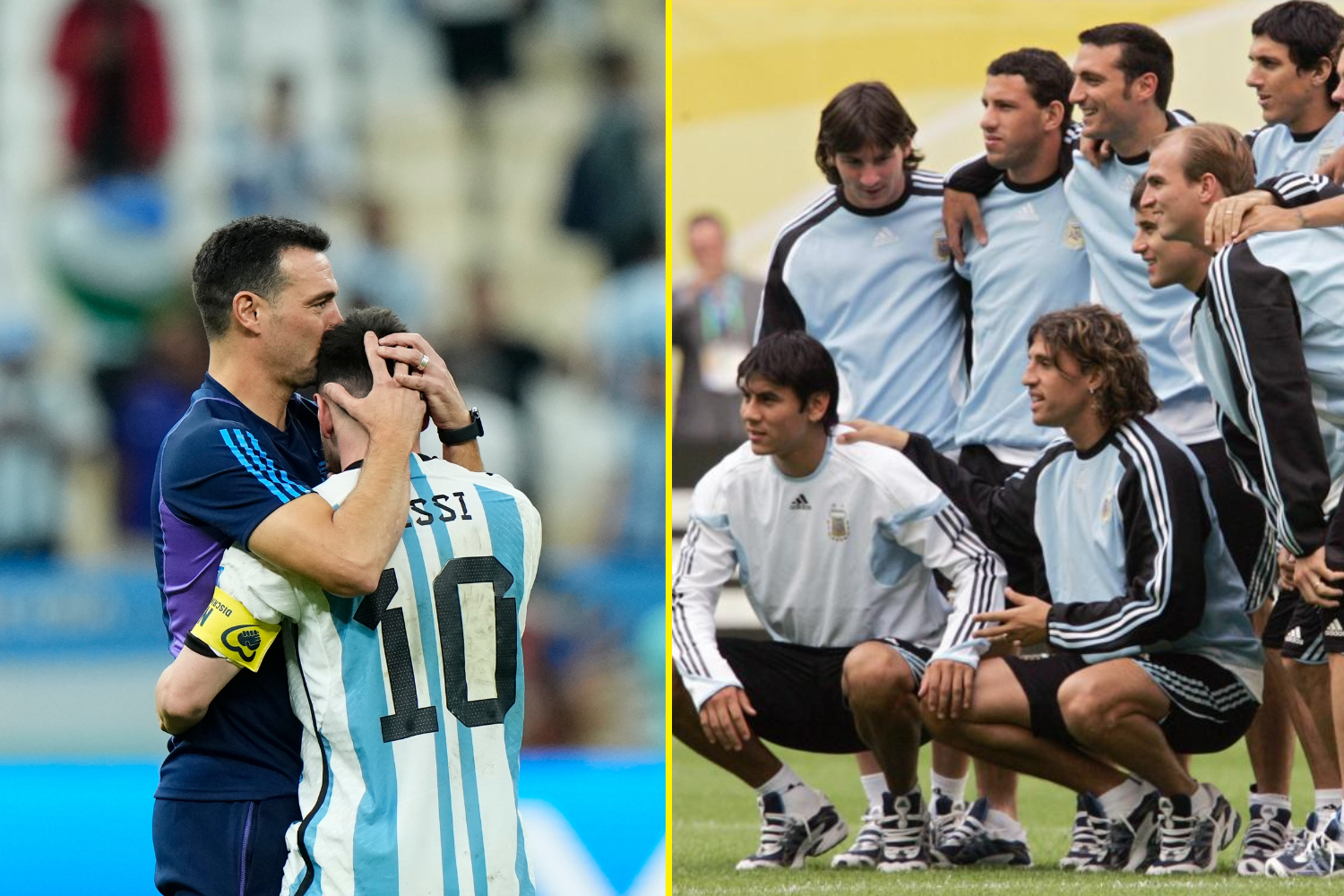 Argentina’s World Cup success is a product of not one, but two men named Lionel, and they are on the verge of football immortality.

La Albiceleste face holders France in Doha for the game’s biggest prize, with both nations chasing their third star. 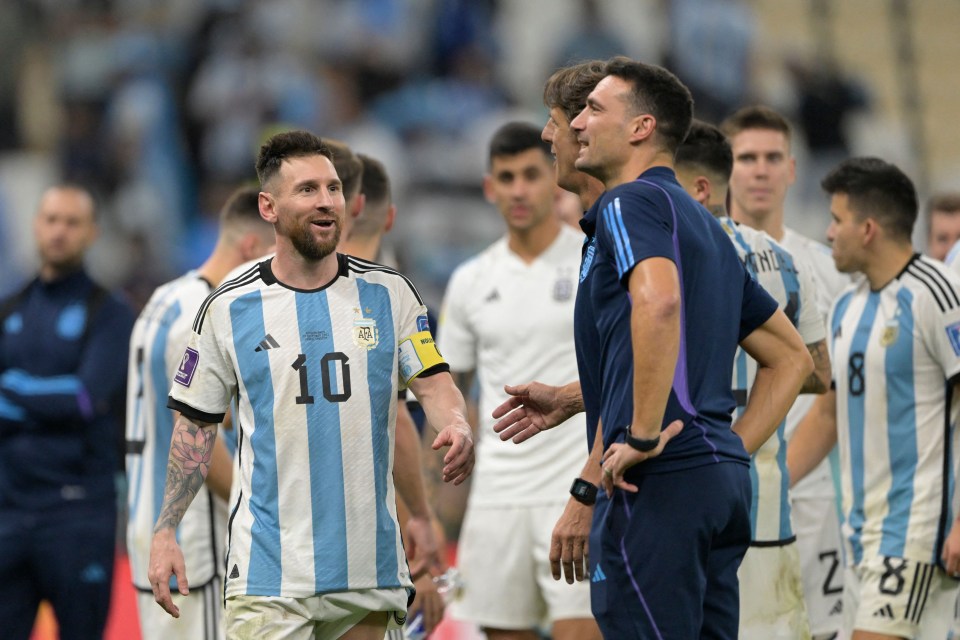 For Scaloni’s side it has been 36 years since their last triumph and for a country whose production line of talent is matched by few, there is an expectancy to get over the line on Sunday.

And they can, because at their disposal is Lionel Messi who will play last-ever game at the World Cup and beside him, a crop of promising young talent that will pick up the baton from the great man when the final whistle blows.

They also have Scaloni. An unassuming chap who knows what it takes to steer his country to glory.

The 44-year-old was not the first choice to take over the mantle when Jorge Sampaoli left his role by mutual consent, after France dumped Argentina out of the 2018 World Cup.

But here we are. A Copa America winner in 2021 and now one game away from emulating Carlos Bilardo in 1986 and Cesar Menotti eight-years earlier.

Not bad for a relatively inexperienced coach who has never managed at club level. 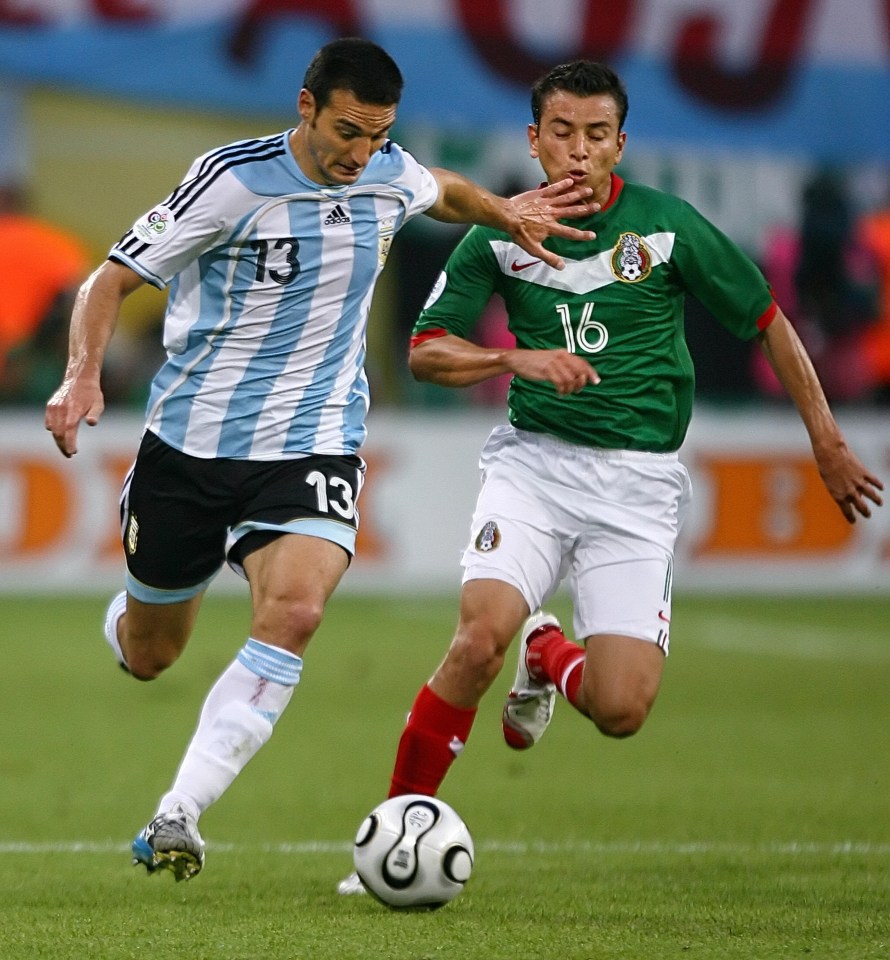 Scaloni featured for Argentina in the 2006 World Cup in Germany 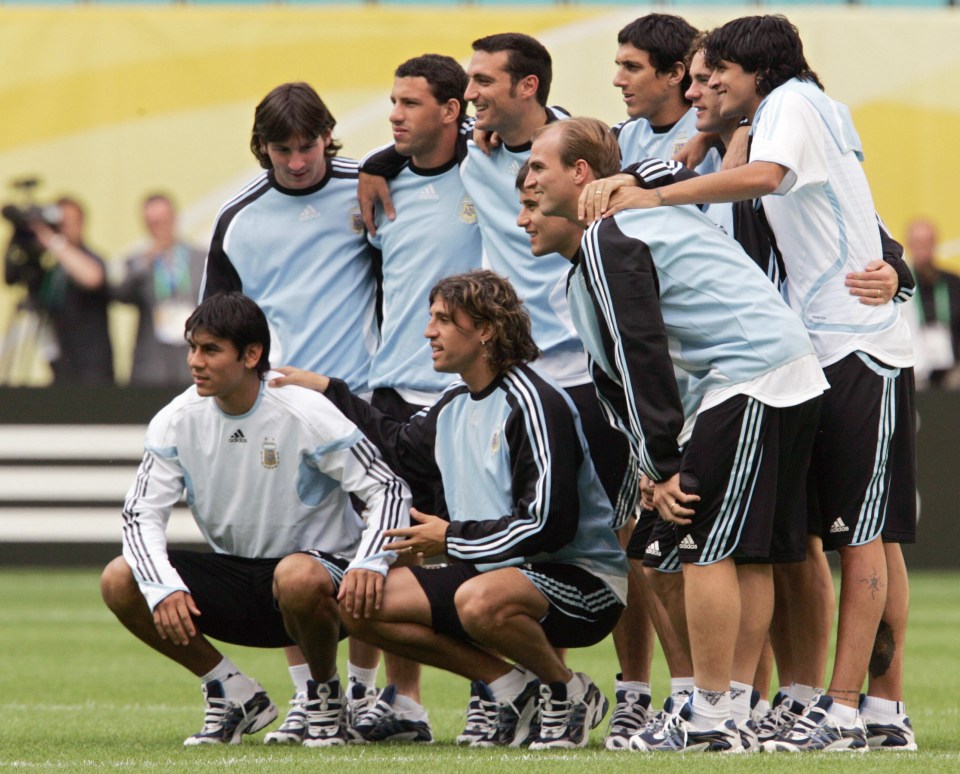 Messi and Scaloni were Argentina teammates for 16-years ago

Despite his minimal experience at the top level of management, Messi and co have bought into the ethos in his well-assembled squad.

The relationship between captain and coach is strong and dates back to when the pair represented Argentina at the 2006 World Cup in Germany.

Both started the tournament on the bench but played their part in Argentina’s surge to the quarter-final where they were eventually beaten on penalties by the hosts.

Now, some 16 years later, Scaloni could steer his former teammate to the greatest achievement of his illustrious career. 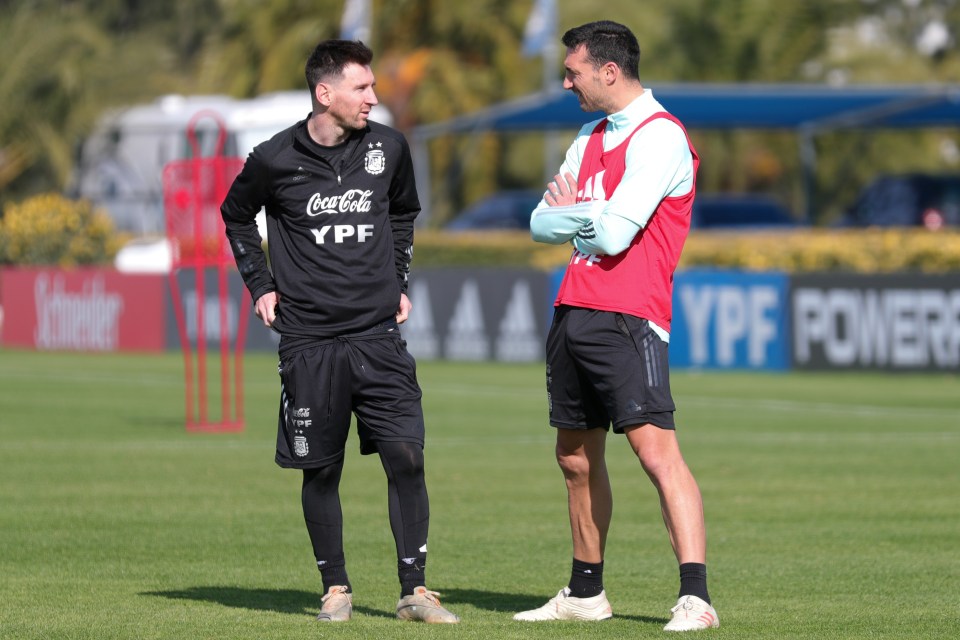 The pair enjoy a healthy relationship in the Argentina set up

Speaking about Messi earlier this year, Scaloni said: “I have the possibility of training him, but I would be a fan, I would pay a ticket to see him and I would buy his shirt, regardless of the country.

“So, the only thing left is to enjoy him, because I don’t know if something like this will ever be repeated. So, you have to enjoy him and nothing else.”

Messi’s long wait to lift a trophy with Argentina came in the COVID-affected Copa America last year when they toppled hosts Brazil 1-0 in the Maracana.

Angel Di Maria’s strike was enough to claim their first major title since 1993 and to do it at the home of their bitter rivals made it all the more sweeter. 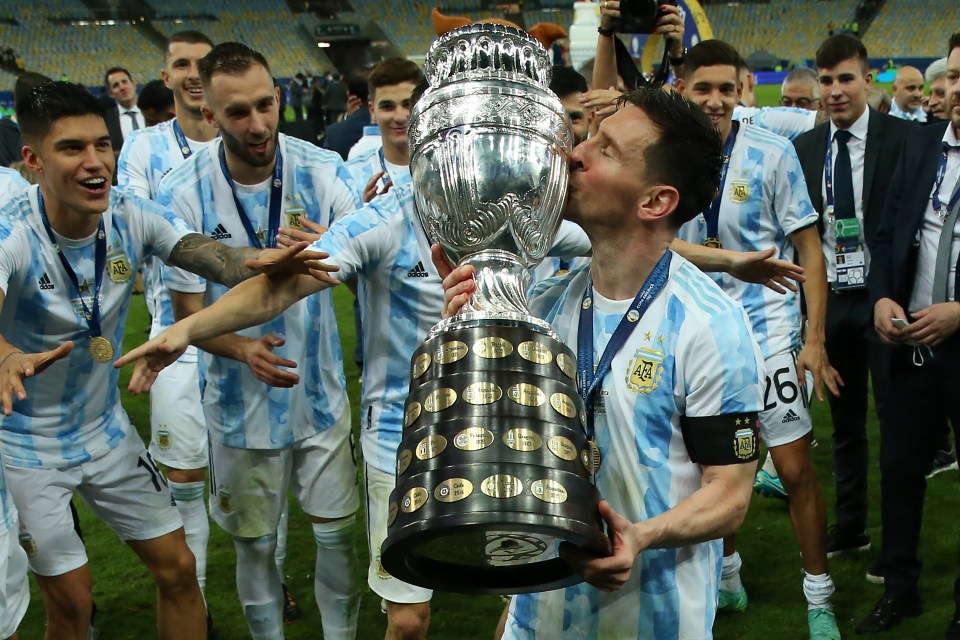 Messi finally tasted success with Argentina in the 2021 Copa America 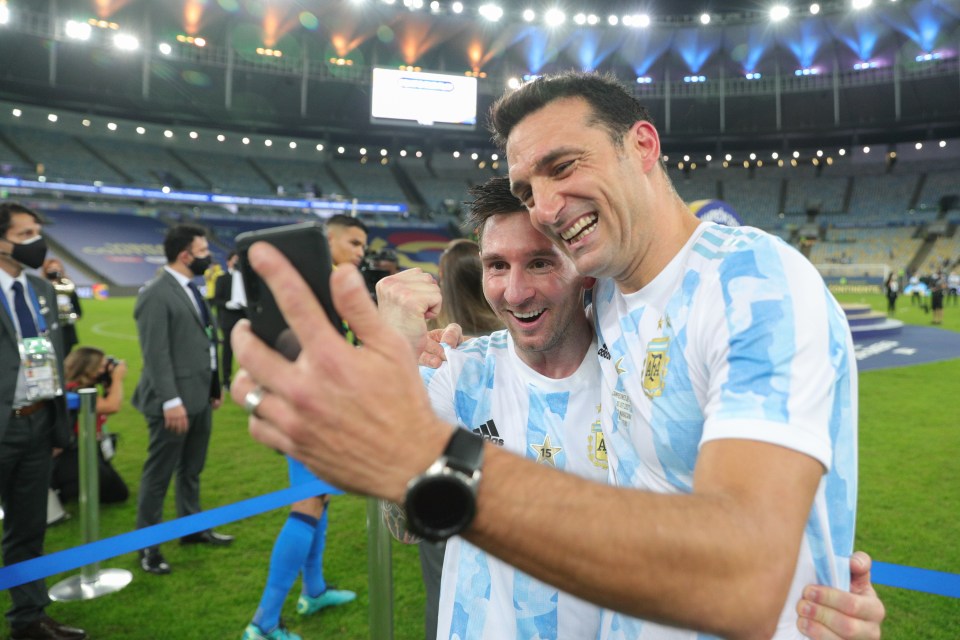 At the full-time whistle, every player ran to celebrate with Messi but to the naked eye, it was the moment Argentina were unearthing the man to lead them to future glories.

And on to Sunday, the moment of destiny for the two Lionel’s will arrive with over 50,000 Argentina fans behind them at the Lusail Stadium.

Some of life’s stories have already been written but Scaloni will know that sweeping aside France will be far more challenging than a pipe dream.

Argentina are bidding to become the first South American nation to lift the famous trophy in 20 years since Ronaldo and Brazil saw off Germany in 2002. 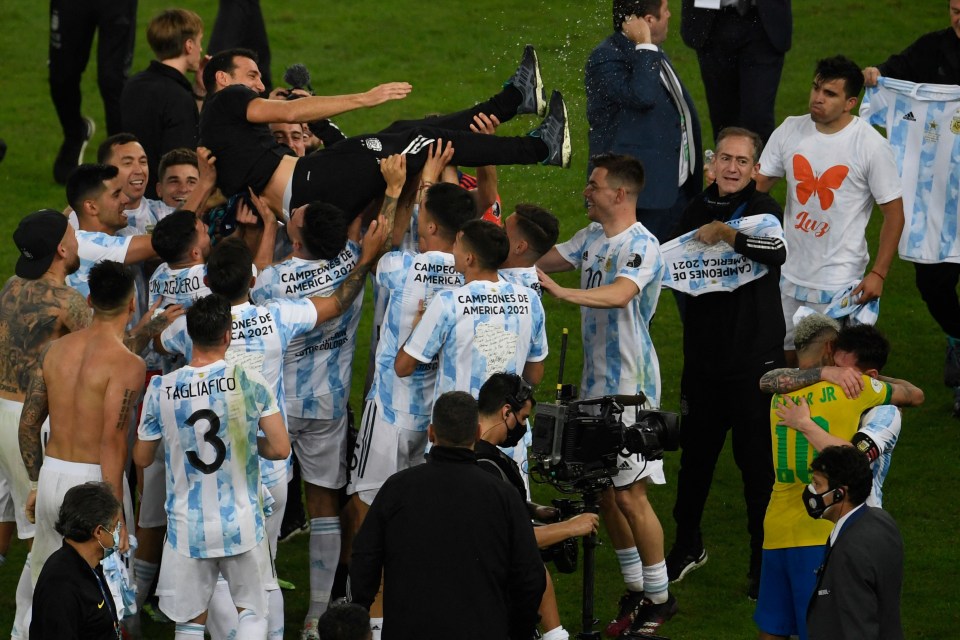 If Scaloni can lead his side to glory it will signal the beginning and the end of a storied period in Argentinan football history.

As for Scaloni, his contract runs until after the 2026 World Cup and his stock will continue to rise regardless of Sunday’s outcome.

And with a new dawn approaching for his talented crop of youngsters, the opportunity to flourish outside of Messi’s shadow awaits.