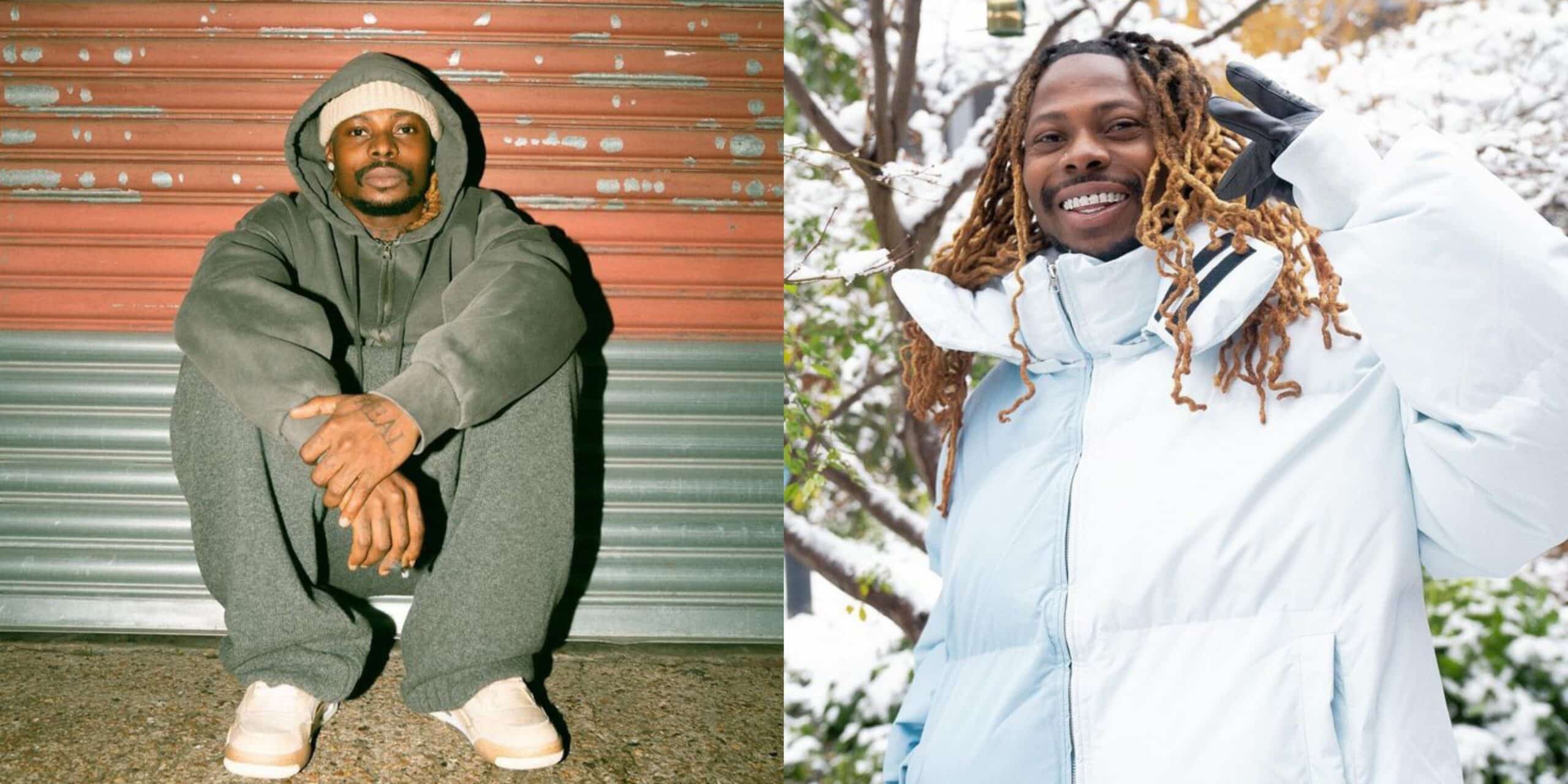 Wave of the moment, Asake has released a statement following the death of one of his fans.

The female fan, identified as Rebecca Ikumelo, who is aged 33, was crushed at his concert in South London. The female died does after sustaining injuries at the concert.

Taking to his Instagram page, Asake, who is lost for words, sent his condolences to her loved ones and family.

He urged his fans to keep her family in their prayers as he revealed that he has spoken to them and will continue to do so.

He stated that he and his team are still awaiting the full debrief back from the venue management and the police to determine what exactly led to all the disruption.

“I am devastated by the news that Rebecca Ikumelo who was in a critical condition since Thursday has sadly passed away.

My sincerest condolences to her loved ones at this time. Let us please keep her family in our prayers. I have spoken to them and will continue to do so.

I am overwhelmed with grief and could never have imagined anything like this happening.

My team and I are still awaiting the full debrief back from the venue management and the Police to determine what exactly led to all the disruption caused and ultimately to Rebecca’s passing.

If you have any relevant information relating to this please do reach out to the Metropolitan Police”. 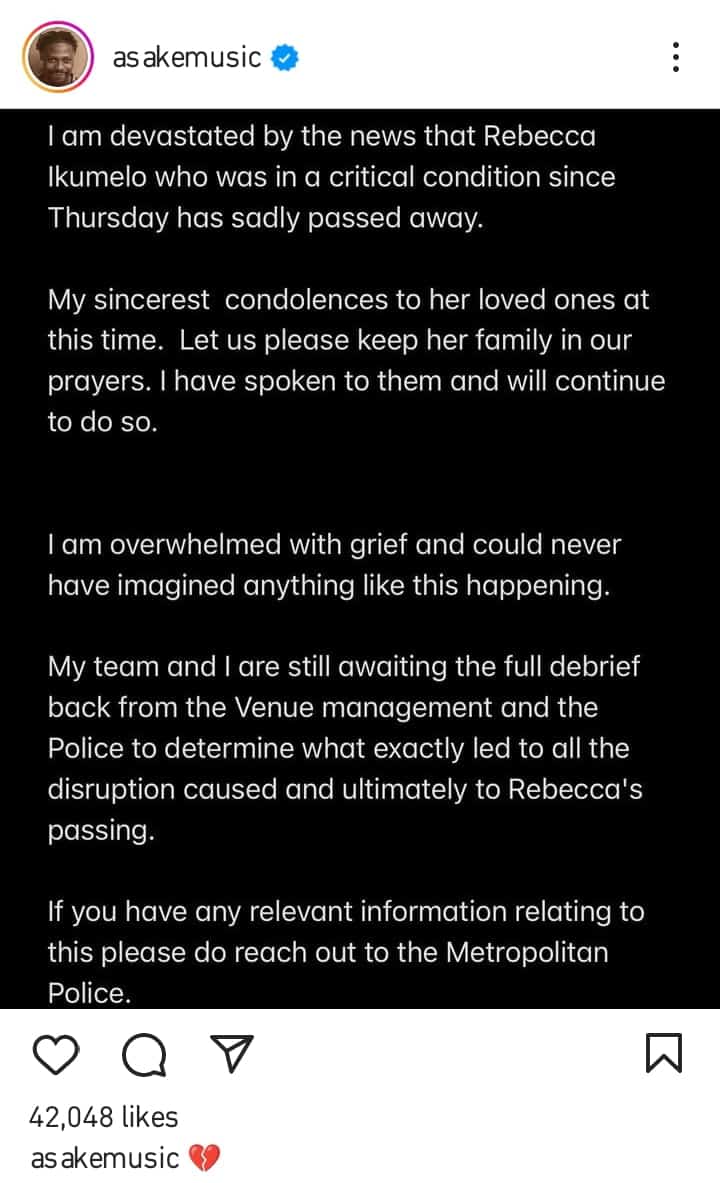 KFN on Friday that four concert goers were reportedly left injured as Asake’s London show got abruptly cancelled over breach of security.

Social media woke up to the sad news that four people were left in critical condition after crowd troubled his concert in Brixton.

The singer was supposed to hold his last leg of his London show, on Thursday night, at London’s 02 Academy in Brixton, before the unprecedented happened.

Pandemium broke out shortly after the singer started performing on stage. People broke into the entrance and caused a stampede.

Two concert-goers were reportedly stabbed outside of the venue as a multitude of people struggled to get through into the venue.

Cameras caught the moment when police officers walked up the stage to address the crowd.

The police officer stated that over 3,000 people were standing outside and freezing under the cold with more congested inside the auditorium too.

The audience who were not having any of it raised their voices out to boo at the cancelation.

Outside the event, fans of the singer got into a clash with the police. A black lady was seen pushed to the grounds as she tried confronting the officers.

Following the incident, Asake had released a public statement.

Taking to his Instagram page, Asake said that his heart was with those who were injured at the concert.

The singer revealed that he is praying for them, and in the process of reaching out to the individuals. Read more here.