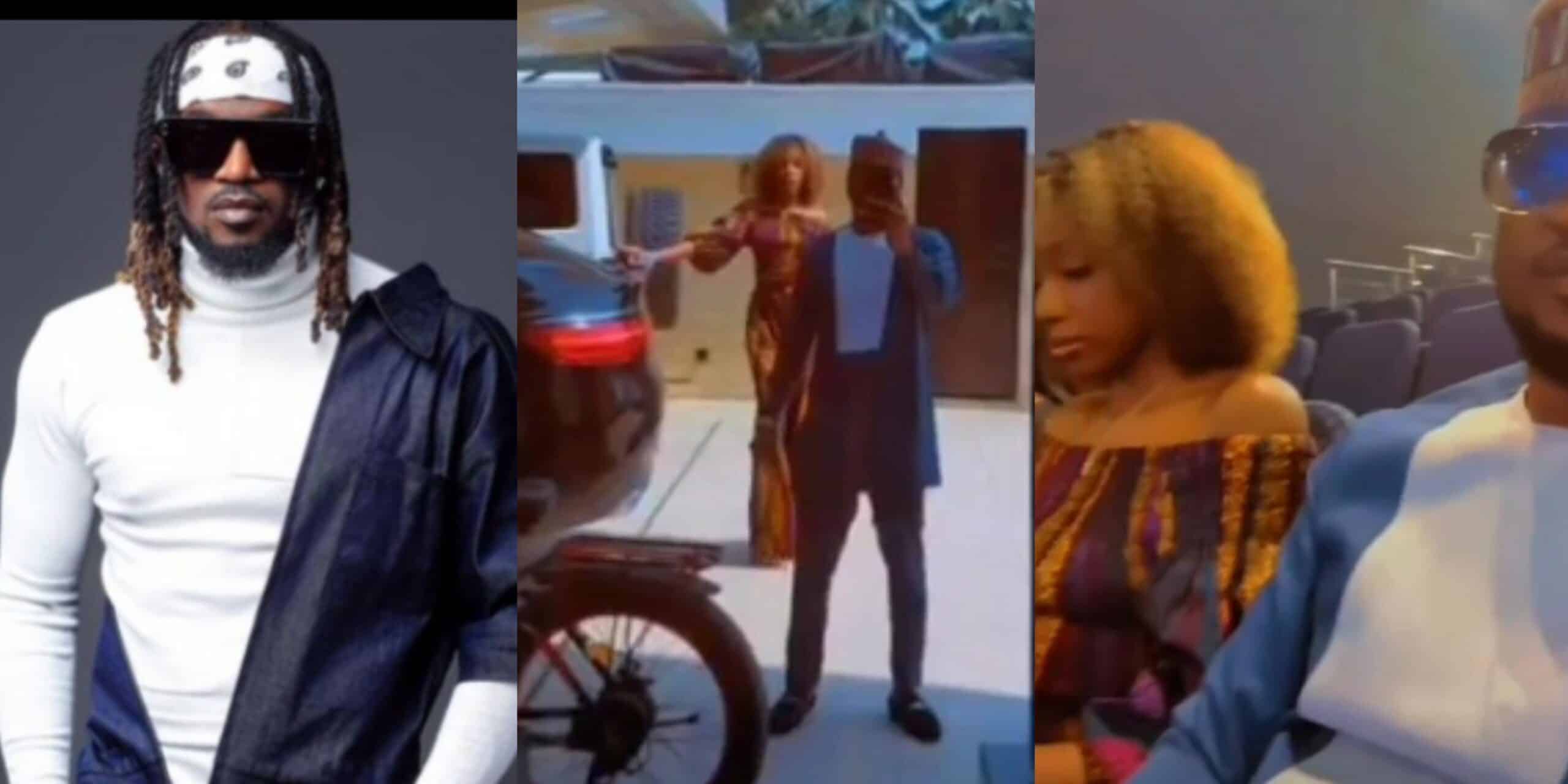 Nigerian singer and one half of music duo Psquare, Paul Okoye seems to have found love again as he shows off a mystery woman.

Taking to his Instagram story, the father of three shared several clips with his new lover.

The couple had stepped out in style and had treated themselves to a sumptuous meal. Captioning one of the clips, Paul Okoye expressed gratitude to God.

His new lover is coming just a year after his wife, Anita Okoye filed for divorce in August, 2021.

The couple who had already been separated for over a year now had kept many hoping for a reconciliation.

Many were hoping for a reconciliation, but their hopes were crashed when Anita proceeded with the divorce.

In her fillings, Anita Okoye dragged Paul to court for sleeping with their housemaid, Florence.

According to court documents that surfaced online, Paul was inviting Florence to hotels to carry out their illicit affairs.

The court documents revealed that Paul had thrown Anita and her sister out of the house when they discovered his affair with his housemaid.

He also boasted that the reason for his actions was to ensure that Anita’s wings were clipped and that she had no one else to lean on.

It was also shocking to know that Paul Okoye hadn’t been interested in his kids’ upbringing and had rarely participated in disciplining his children.

Also, Paul had reneged on his promise to Anita and had failed to give her brand, TannkCo a space in the mall which they both built.

All of these and more led to Anita Okoye’s decision to file for divorce.

Despite the divorce, the ex loverbirds seems to be co-oparenting peacefully.

In September, Paul Okoye better known as Rudeboy had reunited with his estranged wife, Anita Okoye for the first time since she filed for divorce.

A source close to the couple indicated to us that both parties will proceed amicably with the legal resolution and be the best co-parents in the interest of their children.

Despite the drama between them, Paul and Anita remained amicable for the sake of the kids.

Taking to his Instagram story hours ago, Paul Okoye uploaded series of videos of him and Anita having fun-times with the kids.

This is the first time that the estranged couple have been spotted together.

The couple got married in 2014 after dating for 10 years and they both share three beautiful children.