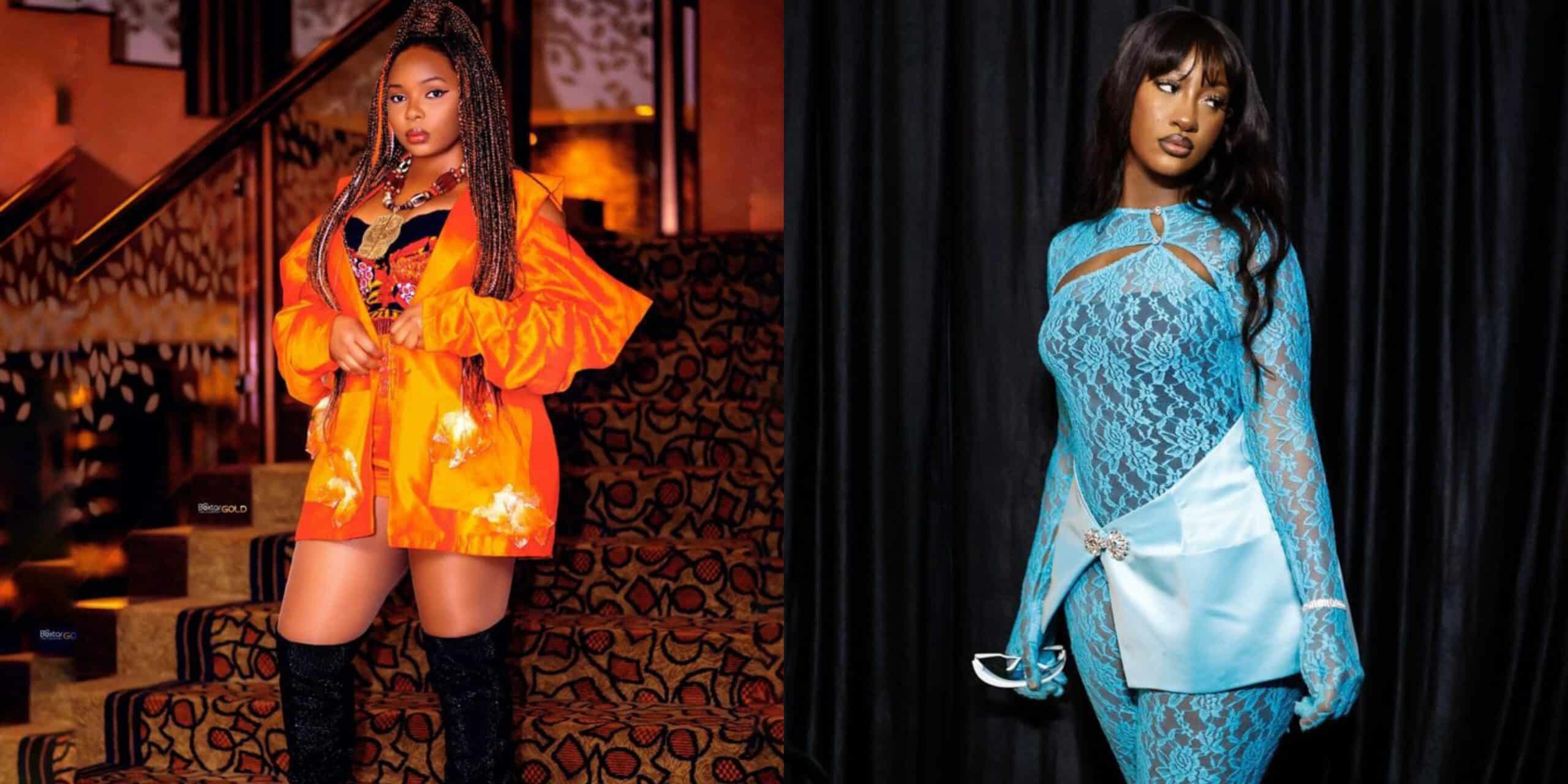 Afrobeats singer, Yemi Alade has hailed her younger colleague and wave of the moment, Tems for her Golden Globe nomination.

KFN reported that songstress, Tems had bagged a Golden Globe nomination for her song in Blank Panther.

Tems was nominated for her songwriting efforts of Lift Me Up, a track from Marvel Studios’ movie, Wakanda Forever. The Nigerian star was nominated in the Best Original Song Category alongside Rihanna, Ryan Coogler and Ludwig Goransson.

Reacting, Yemi Alade congratulated her over her new achievement.

Describing her as a world wide baby, she sent her congratulatory message.

“Big Tems @temsbaby is a WORLD WIDE BABY!!! Congratulations to you and your entire team”.

Since stepping into the limelight, Tems has continued to give her fans and supporters more reasons to be proud of her.

Recall that the singer, had made Nigerians proud when she was featured in Blank Panther: Wakanda Forever Soundtrack.

Rihanna,34, released her fist new solo song, ‘Lift Me Up’ for the movie, ‘Black Panther: Wakanda Forever’ for the first time since her 2016 album, Anti.

The ballad is cowritten by Tems, Rihanna, Ludwig Göransson, and the film’s director, Ryan Coogler. It is a tribute to the life and legacy of late Black Panther star, Chadwick Boseman, who died in 2020 after a private battle with colon cancer which he was diagoned of in 2016.

On Tuesday, 25th October, Marvel Studios shared a short clip on social media, confirming that Rihanna will be on the Black Panther: Wakanda Forever soundtrack.

Taking to her instagram page, Tems 27, noted that she is blessed to have co-written the song in honour of Chadwick Boseman. She added that is even more blessed to hear the baddest Rihanna voice it to perfection.

She wrote: “Blessed to have written this song in honour of Chadwick Boseman and even more blessed to hear the baddest @badgalriri voice it to perfection”.

Reacting, Rihanna took to Tems’ comment section and declared that it is Tems’ writing skill that did it for her.

‘It is the pen for me, love to you sistren’, she replied.

Adding more to her wins, Tems had emerged as the winner of the BMI Impact Award in London.

The singer was recognised for her ground-breaking artistry, creative vision, and impact on the future of music.

To top it all, BMI London hailed Tems and expressed interest in seeing what her next achievement would be. 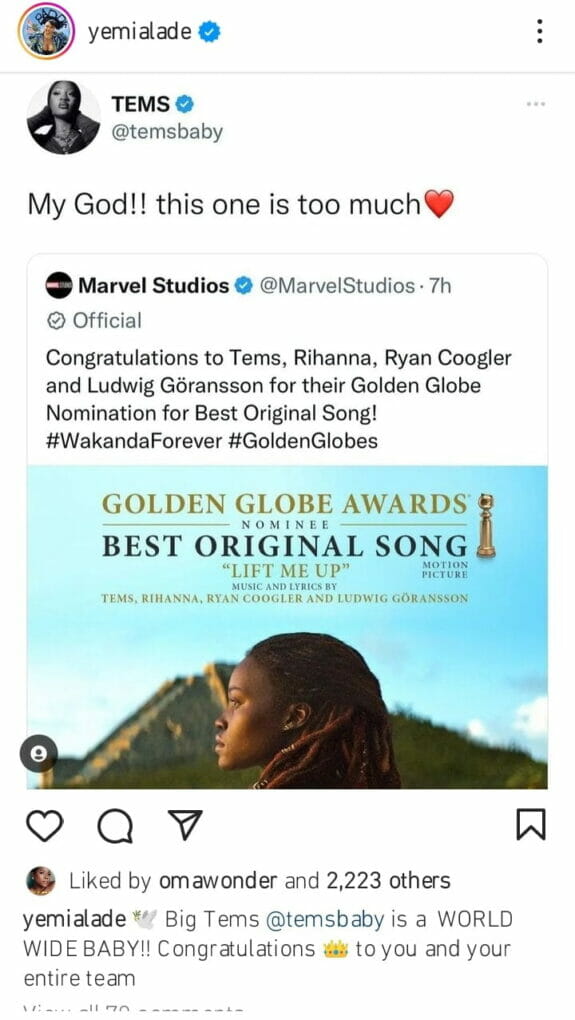