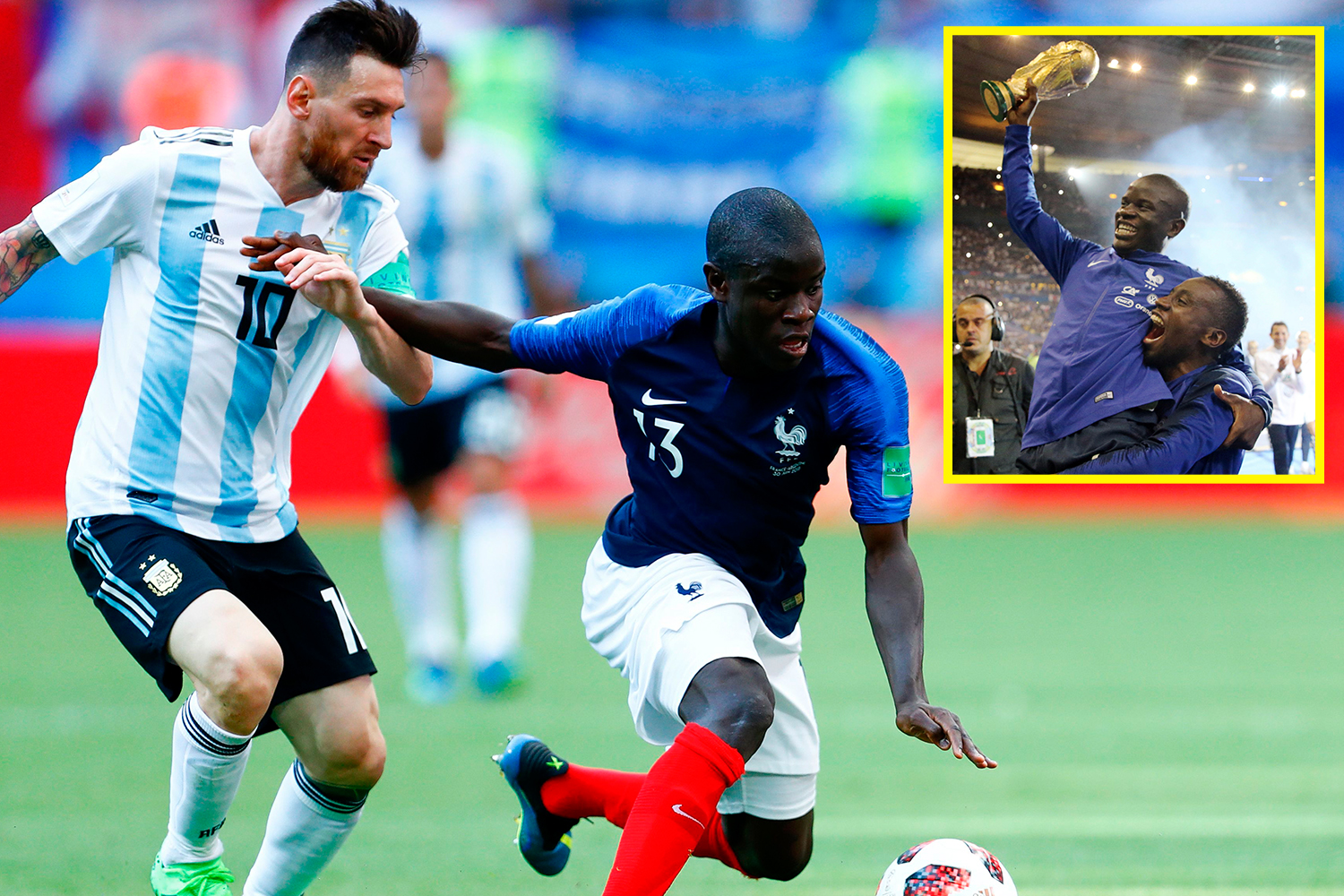 France have been told they can’t make a strategy to nullify Lionel Messi, but maybe they could have if N’Golo Kante was available.

Les Bleus are going for a second straight World Cup crown, sealing their place in the final with a narrow victory over Morocco in the semi-finals. 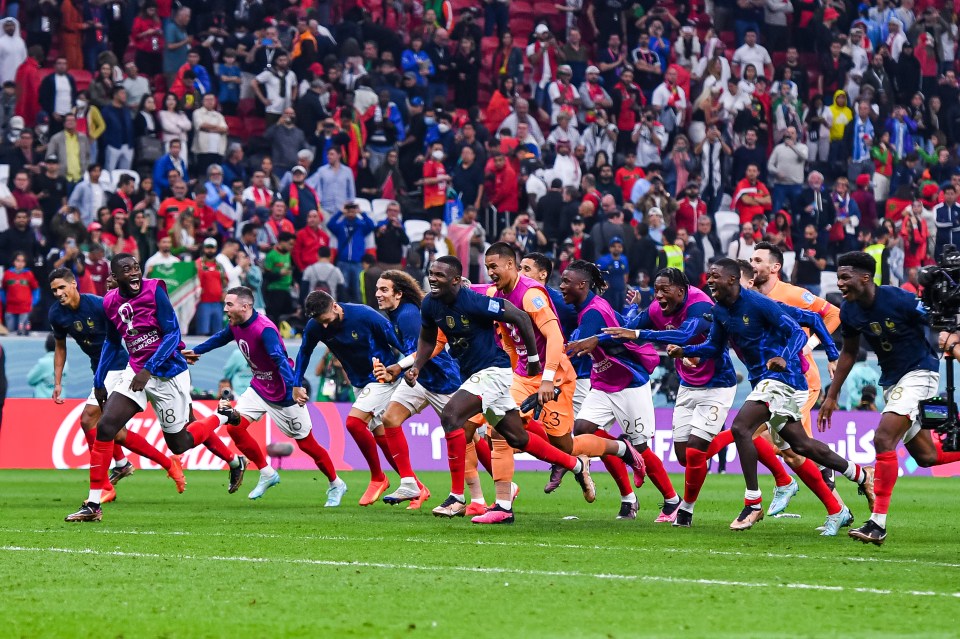 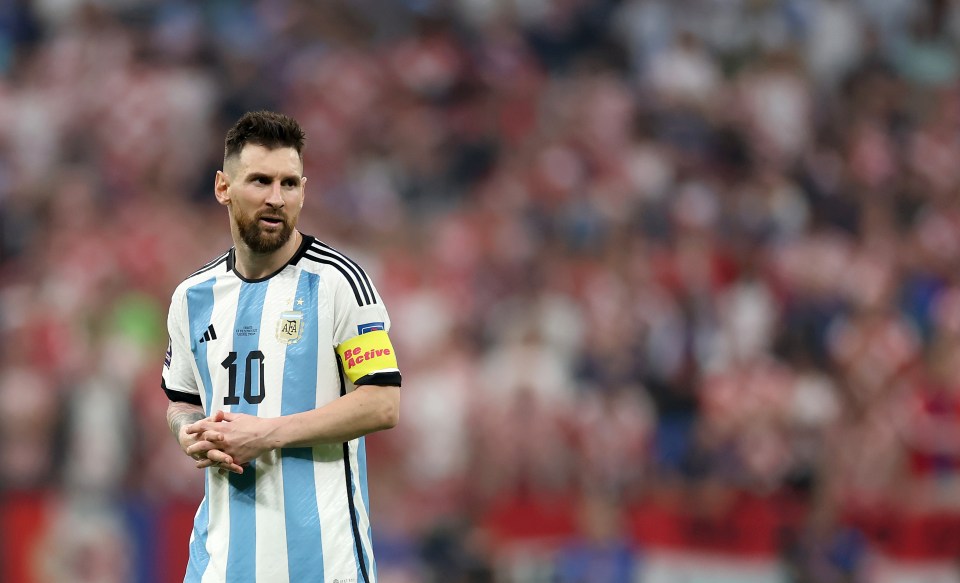 But their clash against Argentina will be a completely new test

Standing in their way are an Argentina side, led by Lionel Messi – who put on a show in their semi-final win over Croatia – and looking for a first World Cup triumph in 36 years.

Messi was at his brilliant best in the semi-final as he scored and provided a brilliant assist for Julian Alvarez as Argentina breezed to a 3-0 win.

Along with Kylian Mbappe, Messi is joint-top goalscorer of these World Cup finals with five strikes and it would be no surprise to see either star play a decisive role in which way Sunday’s final goes, live on talkSPORT.

But former France international Gael Clichy worries there’s nothing Didier Deschamps can do to combat the threat of the Paris Saint-Germain superstar.

“I think there’s no plan against Messi!” the ex-Arsenal and Manchester City left-back told talkSPORT Breakfast on Thursday.

“You can’t plan anything because if he’s on it – and he’s been on it since the beginning of the competition – you really can’t stop him.” 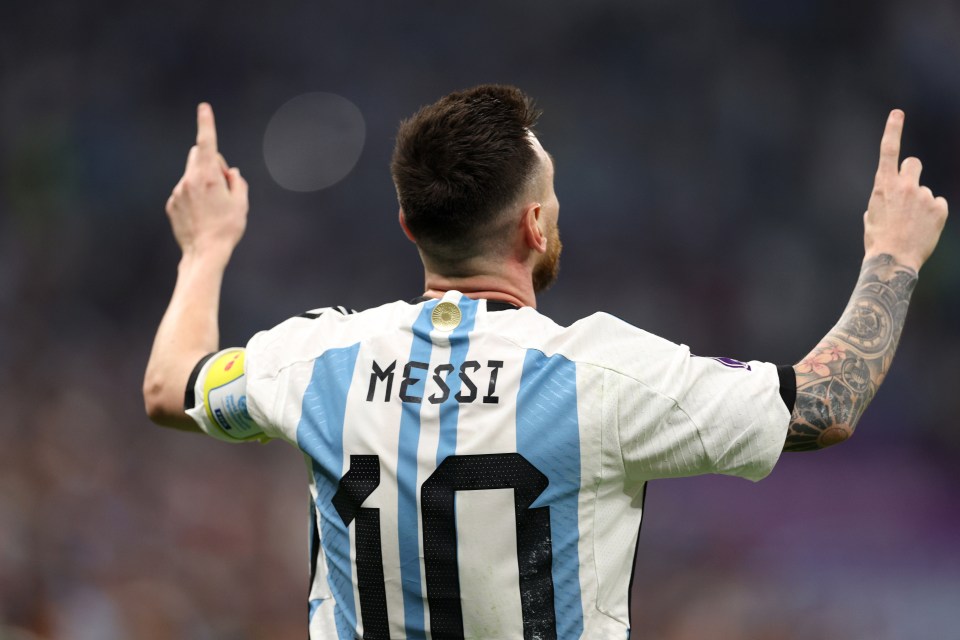 Messi has five goals at the Qatar World Cup

“The worry for me for France is that already I think Mbappe, who’s a tremendous player, they’ve kind of had to adapt the game for him, so you can see he’s more drifting inside,” Clichy added.

“At the beginning of the competition [Adrien] Rabiot back then you had to have [Aurelien] Tchouameni coming in on the left side, which against lesser teams can work.

“But we’ve seen against England we could’ve been punished, against Morocco it could have been difficult. So now we’re talking about making sure Mbappe’s free to attack, but how do we contain Messi?

“So those two players making the effort for Mbappe in the space behind his back will not be there for Messi. So how do we deal with that? 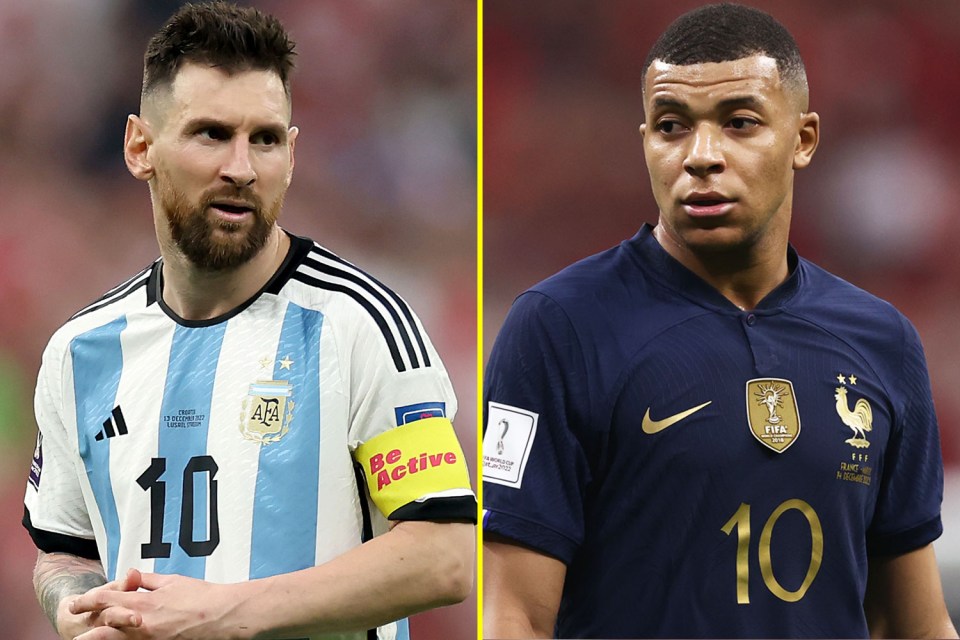 “So in a way it’s coming back to your question, it’ll be a game between Mbappe and Messi and who is going to be the most decisive for the occasion.”

It may have been a different story had Kante, who missed the tournament due to a hamstring injury, been available for selection, however.

The final will be a repeat of the Round of 16 tie between the two nations in Russia four years ago, which saw France claim a 4-3 win in an entertaining contest. 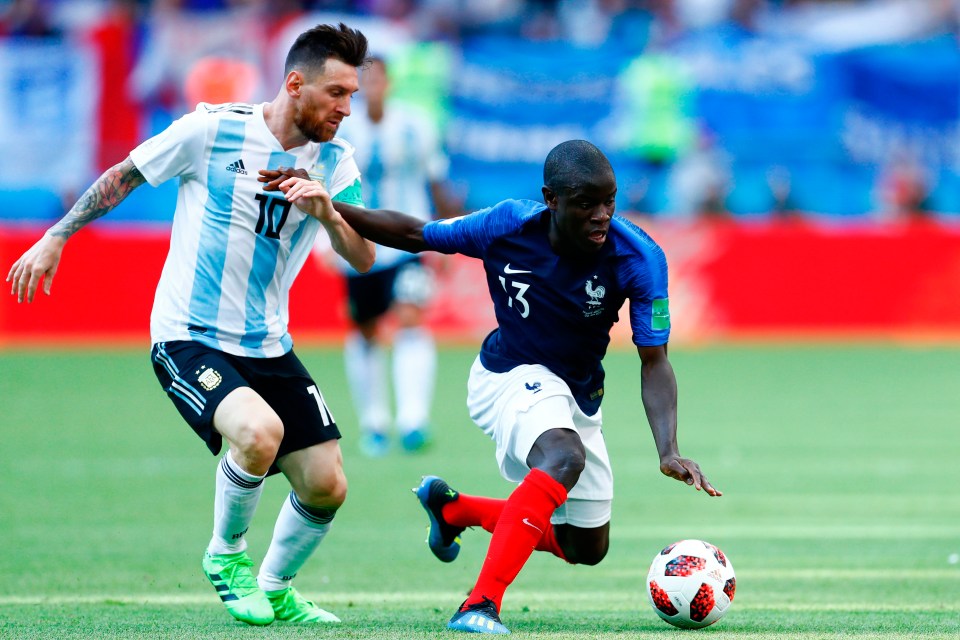 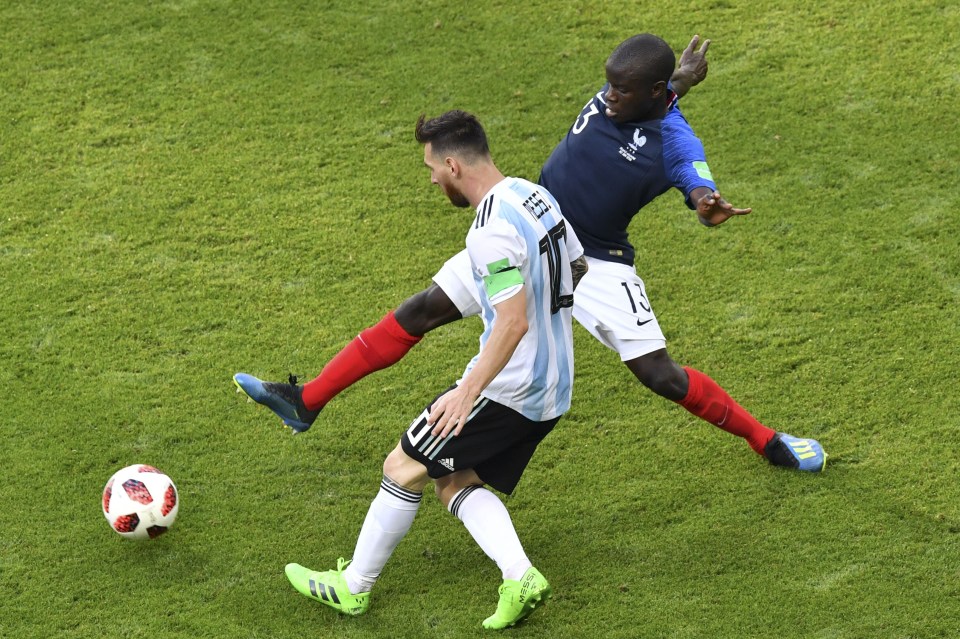 But Messi did have some good moments in the match

Although Argentina breached the French defence three times, Messi didn’t have as big an impact on the course of the match as neither he nor everyone associated with the Albiceleste would have wanted.

Kante was seen as a big factor for Messi supposedly having a quiet game with France fans coming up with a chant about the Chelsea midfielder which contained the line ‘He stopped Leo Messi’.

A few months after France went on to win the tournament, Pogba was heard relaying the lyrics back to Messi in a chance encounter in Dubai. 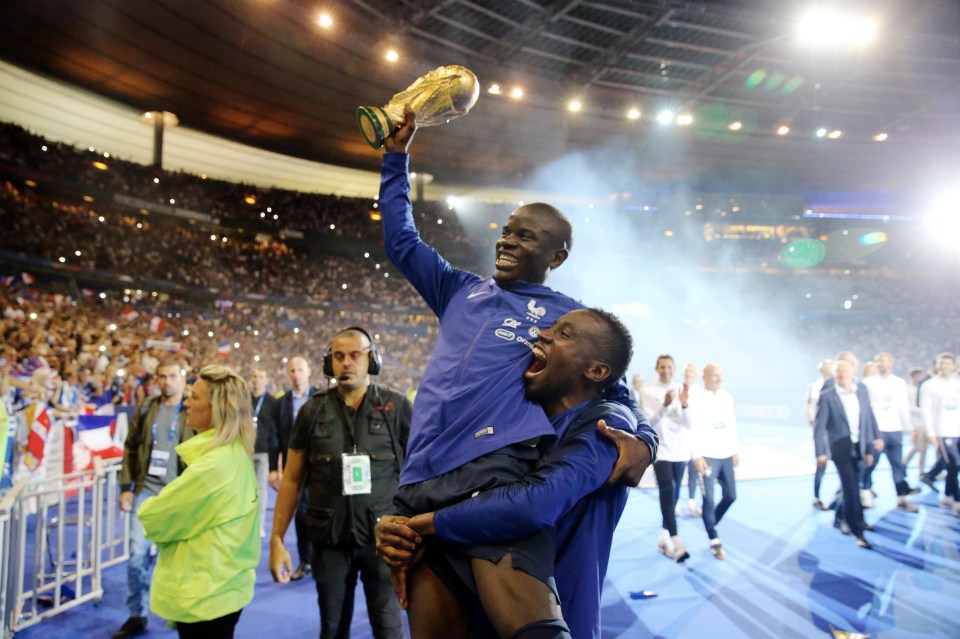 Kante made himself a national hero for winning the World Cup

And although Messi has had many other better matches, he may have a point.

Despite failing to score, the Barcelona legend had a hand in two of Argentina’s goals – his shot at Hugo Lloris took a deflection off teammate Gabriel Mercado before dropping in.

Messi also clipped in a lovely ball to Aguero, who headed past Lloris for Argentina’s consolation third goal.

But there will surely be some level of relief at Messi and Argentina’s end that they’ll be taking on a Kante-less France nonetheless.