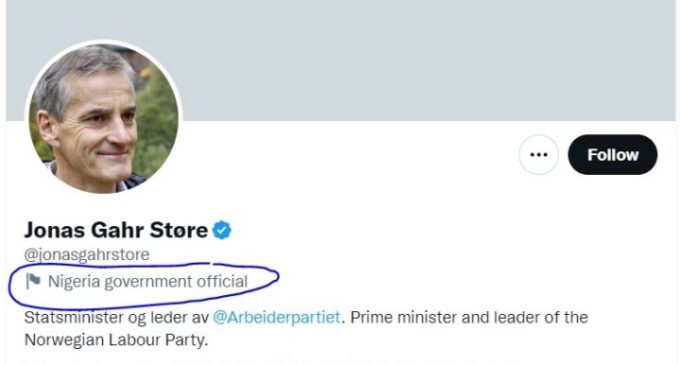 Norway has raised an alarm as the Twitter handles of some of the country’s top officials including Prime Minister Jonas Gahr Støre, and foreign minister Anniken Huitfeldt were labelled as a “Nigeria government official” on the social media platform.

On Tuesday, Norway’s foreign ministry pleaded with the social media platform to correct a label on their account that says it is an organisation representing Nigeria.

The country’s plea with Twitter read, “Dear @TwitterSupport, as much as we enjoy our excellent bilateral relations and close alphabetical vicinity with Nigeria, we would much appreciate if you could label us as Norway,” the ministry tweeted jokingly earlier today (December 13) along with a winking-face emoji.

The request appeared to amuse people as the tweet has gone viral with over 66,000 likes. 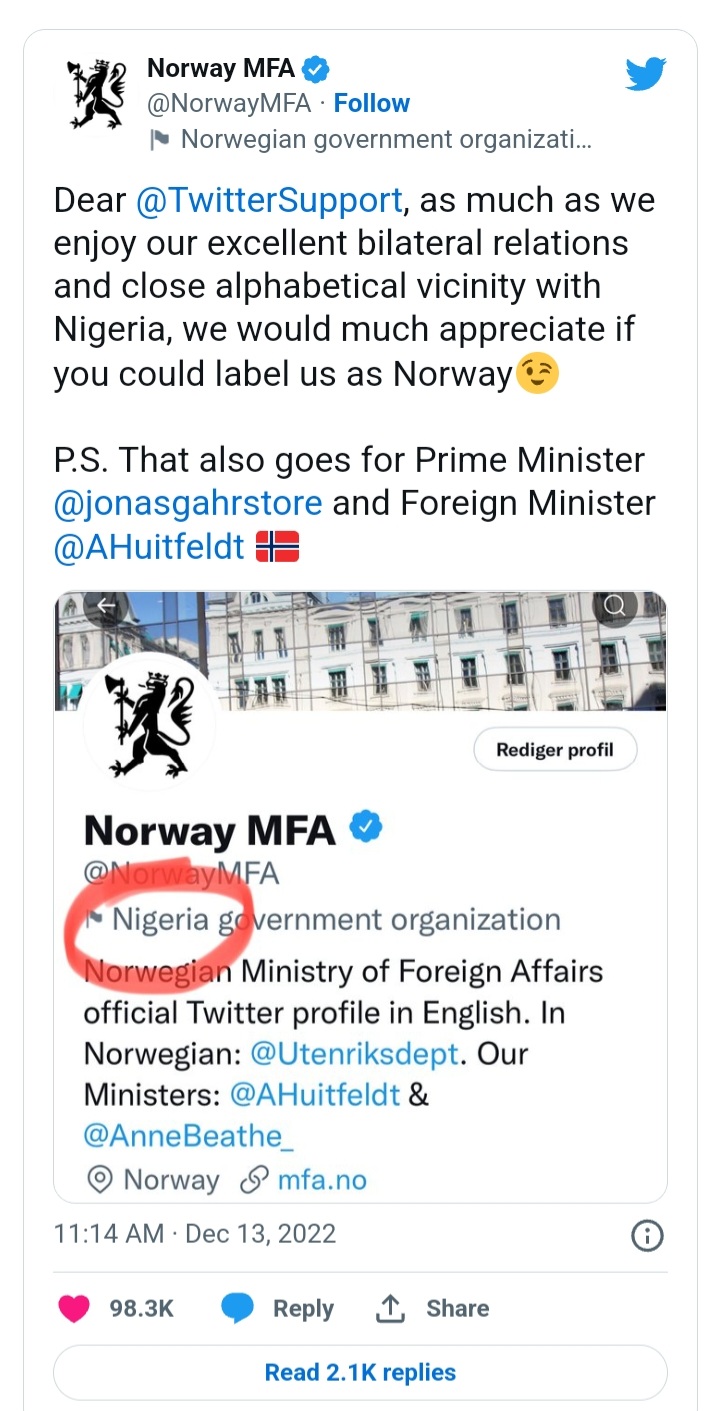