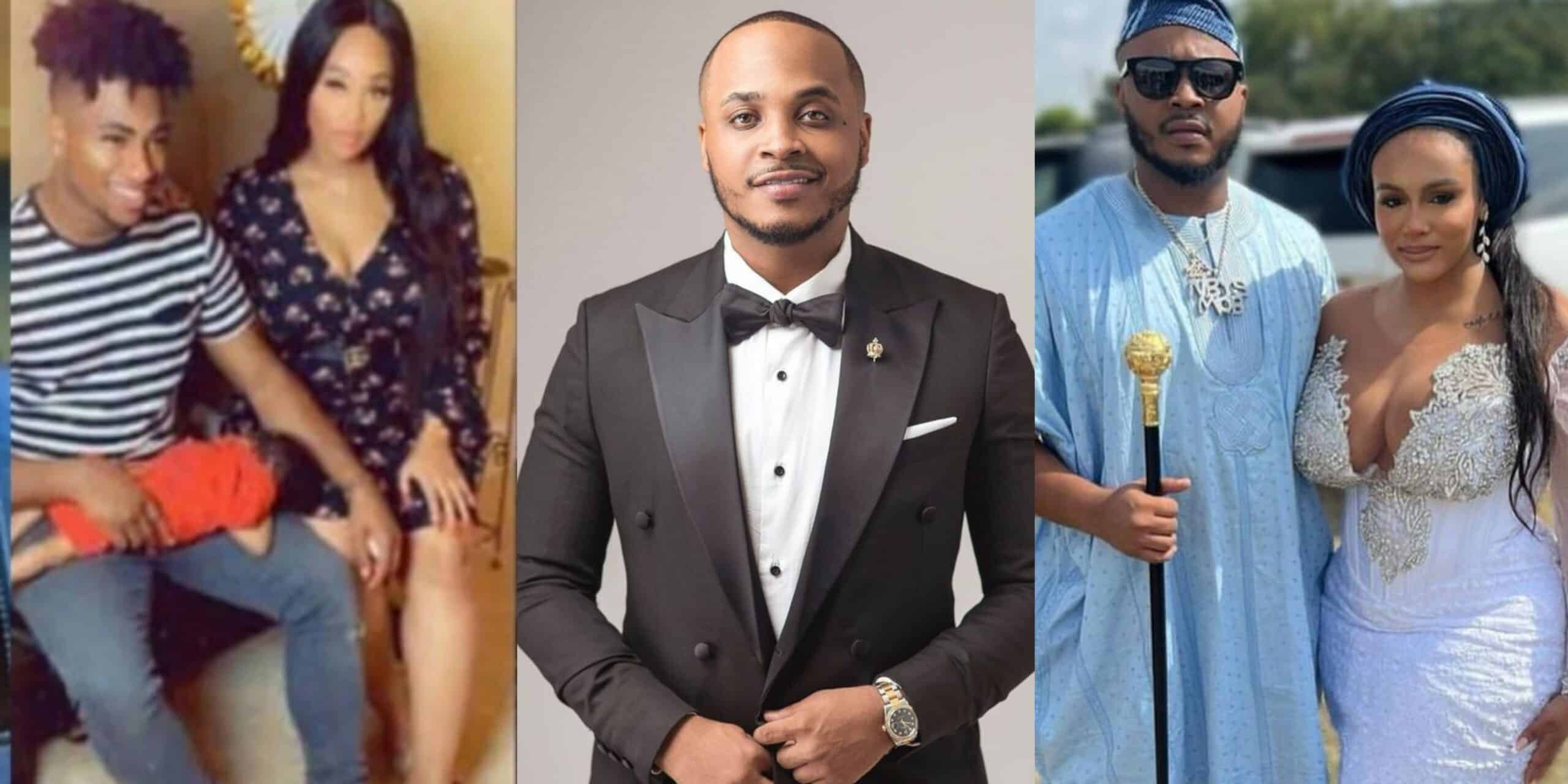 King Chic, the baby daddy of singer, Sina Rambo’s sister, Folasade has reacted to the ongoing war between him and his wife, Korth.

Recall that in 2020, Sina Rambo had accused King Chic of allegedly assaulting his sister. Now in 2022, Sina is also being accused of assaulting his wife, Korth.

Taking to his Instagram story, King Chic noted how tables shall always turn and one would always reap what he sows.

Making it clear that he bears no grudge towards his kids’ uncle, he stated that he literally loves everyone and has no hate in his heart.

“I love everyone. Literally every single person. I hold no hate in my heart for anyone that has ever crossed me.

Just know in this life. YOU MUST REAP WHAT YOU SOW. What you dish will have no choice but to come back to YOU the living being. So can grasp the lesson that you started.

Love the ones who hate you the most. Watch how God moves

Appreciate the ones you love while they’re here.

When they’re gone. They are GONE”. 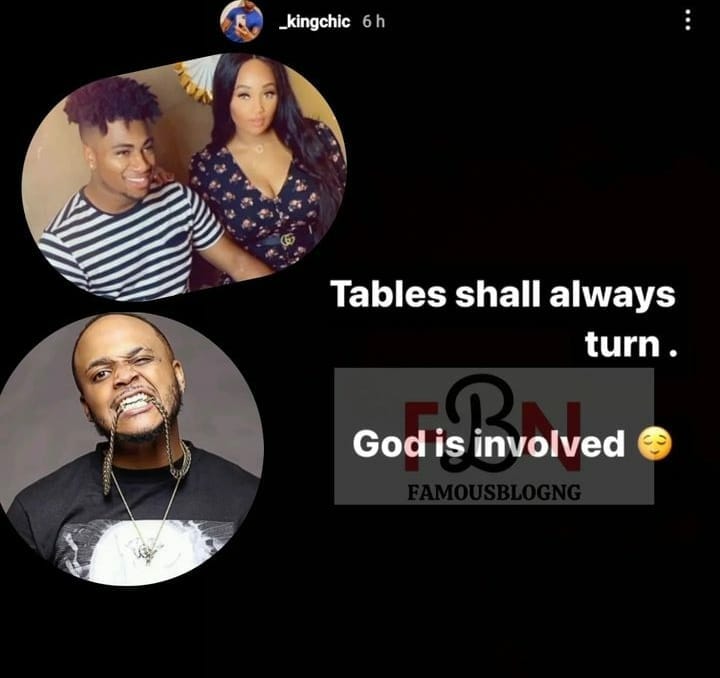 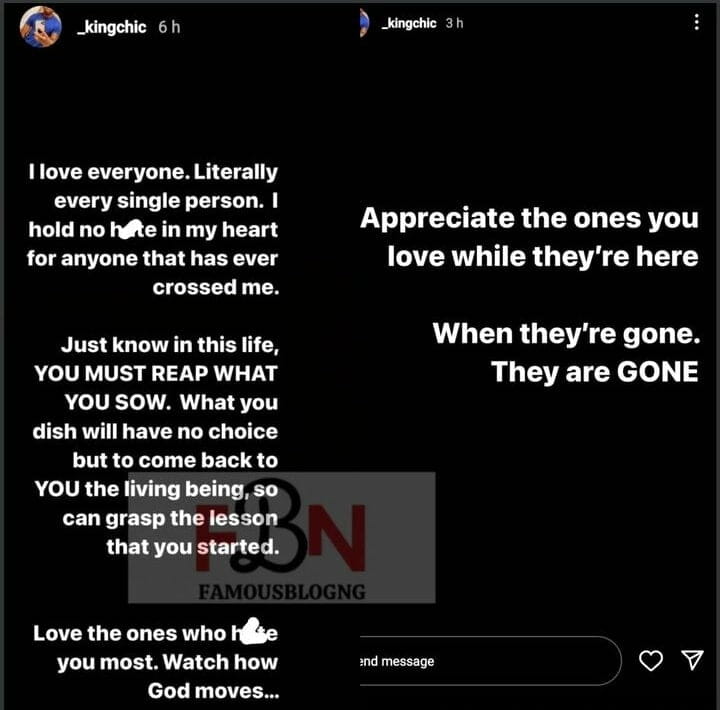 Recall that in 2020, Sina Rambo took to social media to announce how his sister was beaten by the father of her child, King Chic for questioning him when he brought home a side chic.

In screenshots shared online, Sina called Kingchic a woman beater for putting his hands on his sister. He also accused Kingchic of bringing his side chic into their home, a home Sina Rambo said his father paid for.

Sina Rambo also said that Kingchic had been “cut off” and he was taking over the role of Kairo’s father.

He also added: “You have no life anymore, scam self you can’t do again balu !! You wanna take it out on my sister !!! The poor girl loves you and this how you repay her? By bringing another woman to her house? That my father paid for !!!! Your bitch.”

Sina Rambo’s wife calls him out for alleged domestic violence

KFN reported that Korth had hinted at marital crisis as she dragged Sina Rambo for alleged domestic violence.

In a series of posts on her Instagram story, Korth revealed how she had been feeding and taking care of the bills of Sina Rambo. She claimed that the Adelekes wealth is all a facade as she is the breadwinner of their family.

Dragging the upcoming singer and Governor son, she told him to pay her the money he owes her.

Korth, shared a disturbing video of the aftermath of Sina Rambo’s violent attack on her. The son of Governor Ademola Adeleke had destroyed her door and inflicted injuries on her.

In a follow up post, Korth had announced that her marriage to the singer had crashed while responding to backlashes.

The mother of one took to her Instagram story to drag the upcoming singer for being an infidel.

Korth claimed that Sina Rambo can’t provide financially for the family and would rather spend his money on weed. To add to it, he was disrespecting her mother.

Breaking his silence, Sina Rambo through his lawyers, issued a statement debunking the reports, which he claimed are false. He described the allegations as baseless and lies that have no iota of truth in them.

His lawyer described Sina Rambo as an upstanding and respectable member of the society who holds family values dear to his heart.