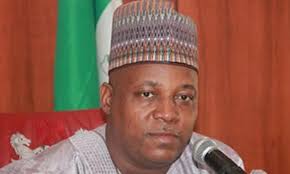 This is the speech of His Excellency, Senator Kashim Shettima, the Vice-Presidential Candidate of the All Progressives Congress as Chairman of the Public Presentation of 10 books by Dr Ibraheem Dooba at the Banquet Hall, NAF Conference Centre & Suites, Abuja, on Sunday, November 13, 2022.

All of us here today are products of the intellectual heritage that began with a letter. We wouldn’t have been able to make sense of the texts on our papers or screens if we had not made that effort or sacrifice to learn a letter, then another letter, until we mastered an entire alphabet.

We are here today because somewhere down the road of our history our ancestors identified that their knowledge and experience must be documented and preserved through these letters. This is their best gift to us. Every letter of whatever alphabet we explore aspires to create a word. Whatever we know today began either as a word or a collection of words. The sentences convey an idea and knowledge from one decade to another. One century to another. So, we must honour those who laboured to produce endless sentences to combat our ignorance or challenge us to think. We must honour even more the guardians of our society, those who preserve the ideas that shape our thinking and practices.

The purpose of this gathering, of course, is to celebrate a guardian of the ideal state. This was what the visionary Greek philosopher, Plato, once called the intellectual component of the society. In his immortal book, The Republic, he argued that the ideal state is where the philosopher governs. Plato categorized members of the ideal state into three, and asked us to task our philosophers with leadership. The second class is the auxiliaries, and these are soldiers who must defend the state. The third class is the workers who produce what the state consumes. For Plato, the guardian possessed wisdom. He attributed courage to the soldiers. The workers are to be identified for their temperance and desire to serve those who appeal to reason.

The writer or author is a guardian. He’s considered a member of the most rational class in Plato’s ideal state. Nigeria has been struggling to produce guardians who are worthy of being called wise and the failure isn’t difficult to perceive. We are paying the price of allowing those who’ve never demonstrated the capability to reflect critically to rule us. The consequences are telling. We have refused to heed Plato’s advice. Every tragedy that has fallen upon us began the moment we embarked on rejecting reasons. We have relegated the philosophers and elevated those at war with the logic to manage our affairs.

This shouldn’t be our path, ladies and gentlemen. Nigeria is a collection of some of the most glorious empires in Africa. Even centuries before the colonial takeover of these empires, kingdoms and city-states, we were nations of letters and knowledge. Our scholars were known and written about from Cairo to Timbuktu. We would never have known about them without these letters, whether in Arabic or Roman script. These letters documented who we were and restored our cultural self-esteem in adjusting to a changing world.

I grew up in the shadow of the Kanem-Bornu Empire, and drew confidence from what our ancestors achieved. I learnt from their history the power of letters in tearing down even the greatest work of engineering. What set the Kanem-Bornu Empire apart wasn’t their military exploits in repelling threats and aggressions, which have made them a subject of fascinating histories. It’s their belief in the supremacy of letters, words, and what they formed. Today, we can sit down and imagine ourselves in the sixteenth century with just a flip through a book written by them or others. We can read the minds of our most cerebral ancestors and be challenged to develop a solution to contemporary challenges or remember the origin of a problem. This is what books do to a generation.

Books exist to remind us that the past is a mirror we ignore at our peril. Whether in understanding the Jihad of Shehu Usman Dan Fodio through Sultan Muhammad Bello’s Infaq al-Maysur or the sociology of our present-day Nigerians through the eyes of a priest in Samuel Ajayi Crowther’s Journal of an Expedition up the Niger and Tshadda Rivers in 1854, books are our most enduring memories. Without books, we wouldn’t have known about the diplomatic exchanges between Mai Idris Alooma of Bornu and Sultan Murad III of Ottoman Turkey in the sixteenth century.  Without books, we would’ve been long lost.

So much has changed since we were ruled by philosopher-kings. Our writers and authors have been reduced to glorified court jesters, and such tragedy reflects in the quality of decisions being taken on our behalf. Every aspect of our society has been affected by this war against scholarship. There’s plenty of blame to go around, and we can only undo the wrongs when we come together to support our scholars and writers. Building a haven for the intellectual is our most practical road out of this anarchy, and this isn’t negotiable.

I find solace in reading and getting transported across civilizations and generations. I trust that you also find joy in learning to understand a mystery or unlearn a prejudice. Books, ladies and gentlemen, are the tools with which the most powerful ideas that define us were conveyed.

Our host today, Dr. Ibraheem Dooba, has challenged us to focus on a fast-fading glory. We are grateful to him for being a catalyst in a society that denies the intellectual their flowers while they can still smell them. I am here today as a reader and an ally in this agenda to revive our intellectual tradition. I must assure you of something, though: the book is here to stay under our watch. I know you understand what I mean. Thank you very much.