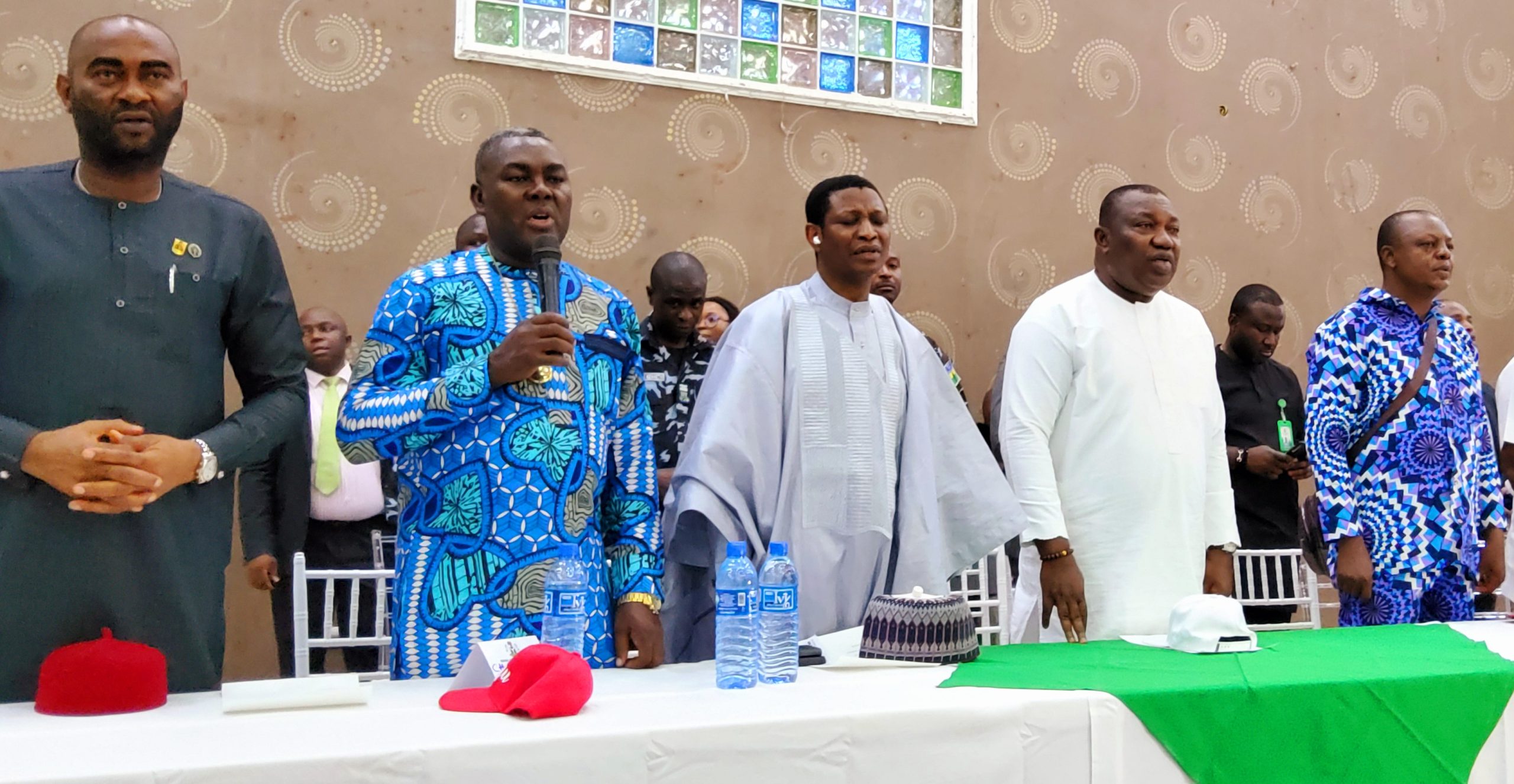 Governor Ifeanyi Ugwuanyi of Enugu State has been commended for his dedication to building the faith of the people of the state through his administration’s constant sponsorship of indigenes to the Holy Lands of Israel and Jordan.

Governor Ugwuanyi was also commended for always putting Enugu in the front position among States in the country that embark on Christian pilgrimage.

The Executive Secretary, Nigeria Christian Pilgrims Commission (NCPC), Rev. Dr. Yakubu Pam, made the commendations on Friday, in Enugu, during the National flag-off of the December 2022 Christian Pilgrimage, which witnessed the airlifting of 300 pilgrims to the Holy Lands of Israel and Jordan, sponsored by the Governor Ugwuanyi’s administration.

Speaking at the event, the NCPC Executive Secretary said that Enugu State has always been number one in the national exercise, stressing that the state is the first to commence the December Pilgrimage in the country.

Rev. Dr. Pam described Governor Ugwuanyi as “the governor of the masses, who brought Israel and Rome to Enugu State, a man of peace and a man that his people love so much”.

He maintained that “Enugu State will always be number one.”

He disclosed that “the first flight that is going to airlift people to the December Pilgrimage touched down first in Enugu and it is in the airport now waiting for you (pilgrims).”

Appreciating Governor Ugwuanyi’s commitment to the religious exercise and its positive impact on the people of Enugu State, the Executive Secretary stated that the governor has demonstrated “dedication of faith to your people,” adding: “It is not every governor that will realise the blessings behind building the faith of their people.

“I want to say from the bottom of my heart, this God who has given you this wisdom, never in this life will He abandon you. He will always be with you and keep you.”

In his brief remark, the Executive Secretary, Enugu State Christian Pilgrims Welfare Board, Barr. Nestor Ezeme, pointed out that Governor Ugwuanyi has remained consistent in sponsoring Christian pilgrims to the Holy Lands of Israel and Jordan in spite of the state’s limited resources, revealing that it was because of this feat that the NCPC honoured him with ‘Best Pilgrimage Governor in the South East Nigeria’ award in 2021.

Barr. Ezeme told the governor that the beneficiaries, comprising professors, doctors, teachers, tricycle (Keke) riders, market women and other people from all walks of life and different Christian denominations in Enugu State, were grateful to him and will show further appreciation when they return.

He assured Governor Ugwuanyi that they all resolved to be good ambassadors of Enugu State in Israel and Jordan and will not do anything to undermine the integrity of the state.

Welcoming the Executive Secretary of NCPC to Enugu, Governor Ugwuanyi expressed delight at the choice of Enugu State for the epoch event.

The governor, who acknowledged with deep sense of appreciation, the award of the ‘Best Pilgrimage Governor in the South East Nigeria’ conferred on him last year by NCPC, implored the pilgrims to pray for President Muhammadu Buhari, all the governors of the 36 states of Nigeria “and indeed all those in authority in the country whom God has anointed to manage our affairs.”

Governor Ugwuanyi equally urged them to pray for God’s intervention in the affairs of Nigeria, especially the ravaging insecurity and economic hardship; pray for a peaceful 2023 general election and a successful transition; pray for more love and tolerance among Nigerians as a new paradigm that will underpin the full restoration of peace, unity and progress.

Enjoining the pilgrims to be good ambassadors of the state, and to exhibit high sense of decency and decorum while in the Holy Land, the governor beseeched God to grant them “His journey mercies to the Holy Land where God has revealed himself”, saying: “Most importantly, may you truly encounter God through the Holy Spirit on this journey.

“Our administration entrusted the state and its affairs to the Hands of God at inception (2015) and we have continued to see His Hands in all we do. Every year, Christians in our state, irrespective of their denomination, are sponsored on pilgrimage to the Holy Land within the limit of our state resources.

“It is usually an opportunity for our Christian faithful to indulge in quiet introspection, deepen their faith and pray for the state and their families.

“Our effort in this regard was acknowledged by the Nigeria Christian Pilgrims Commission on 21st December, 2021 with the conferment of the award of the ‘Best Pilgrimage Governor in the South East Nigeria’ on my humble self, an award I dedicated to the Body of Christ in the state whose prayers have kept us going.

“Today, three hundred (300) Christian Pilgrims will be airlifted to the Holy Lands of Israel and Jordan sponsored by the state. I urge our Pilgrim Managers to ensure zero abscondment of our Pilgrims as we need to protect our reputation as responsible and honest people,” the governor said.