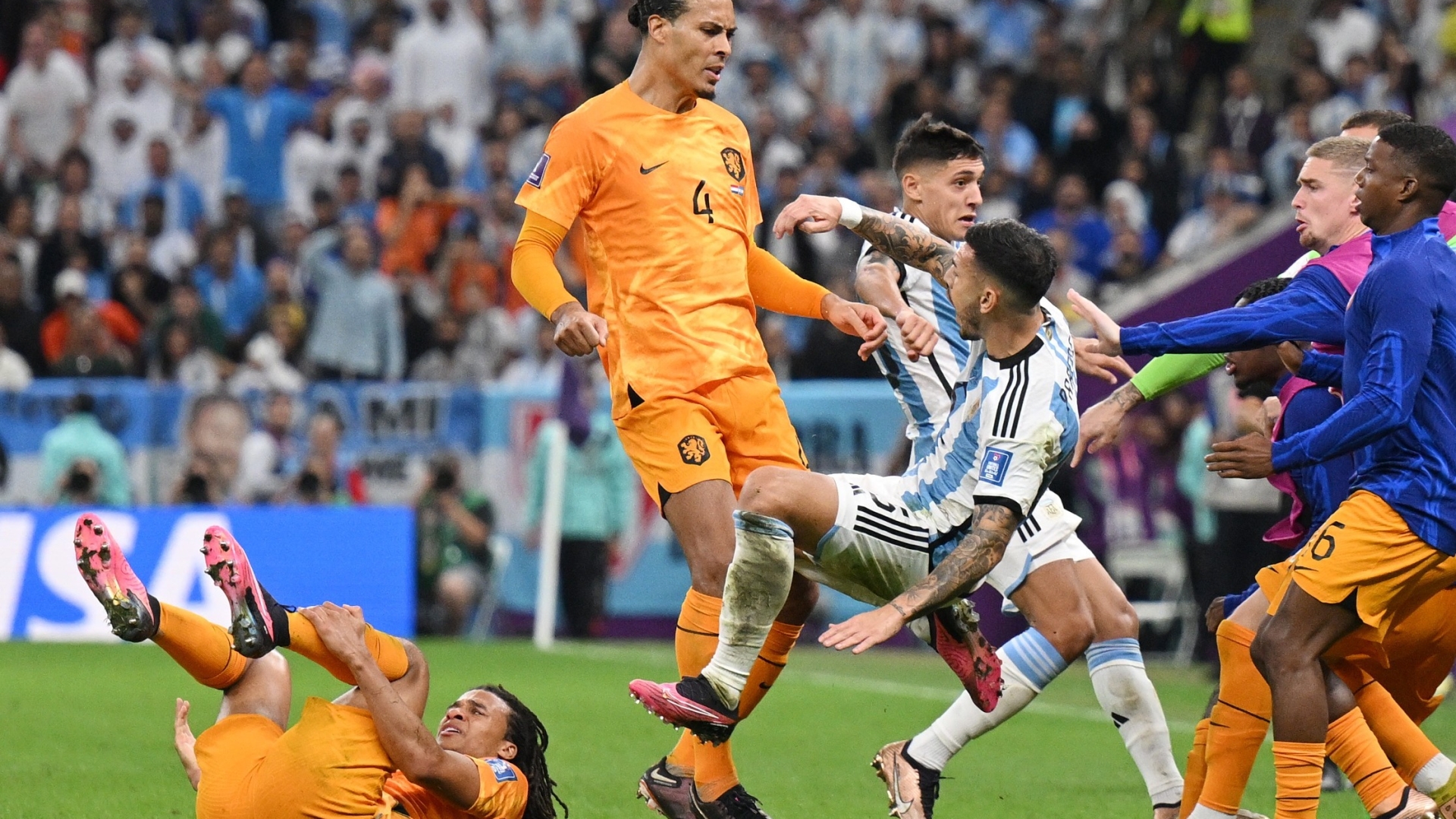 Argentina’s clash with Netherlands broke out in an on-field brawl after Leandro Paredes booted the ball at the Dutch dugout.

And Liverpool superstar Virgil van Dijk made sure he paid for his sins. 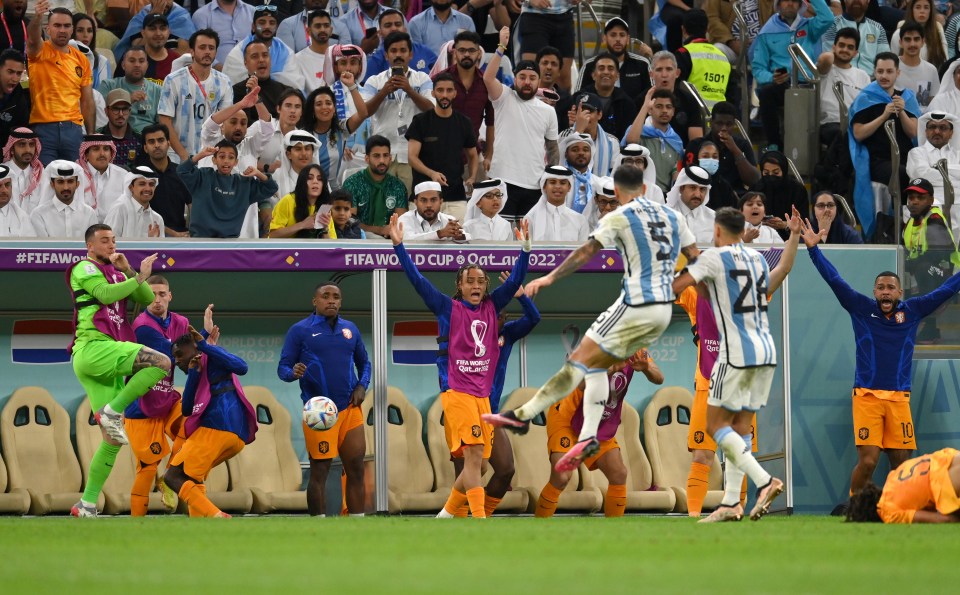 Paredes booted the ball at the Dutch dugout in frustration 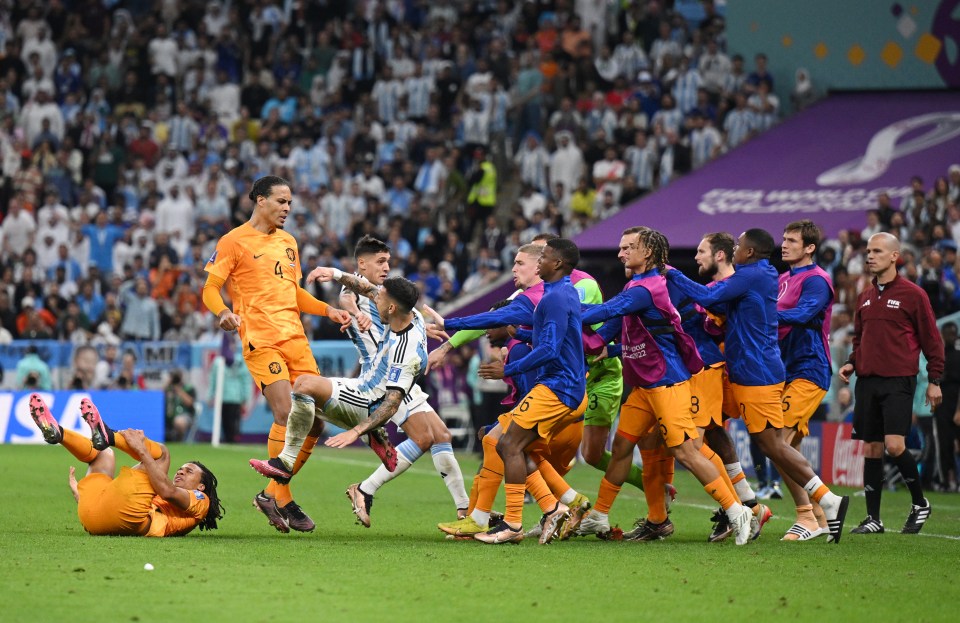 The Dutch bench did not react well to Paredes’ actions

Louis van Gaal’s side were 2-1 down as the 90-minute mark approached with a Lionel Messi masterclass putting them firmly in control.

Wout Weghorst set up a nervy ending with a strike in the 83rd minute.

That got the Netherlands pretty fired up as they battled to stay in the competition.

Nathan Ake started the aggro with a powerful header on the halfway line, before picking up the ball and moving into the Argentina half.

Not one to shy away from a meaty challenge, Paredes slid in with a hefty challenge on the Manchester City man, leaving him sprawled on the floor.

But Paredes wasn’t finished there as he blasted the loose ball straight at the Dutch dugout following the referee’s whistle for a free-kick. 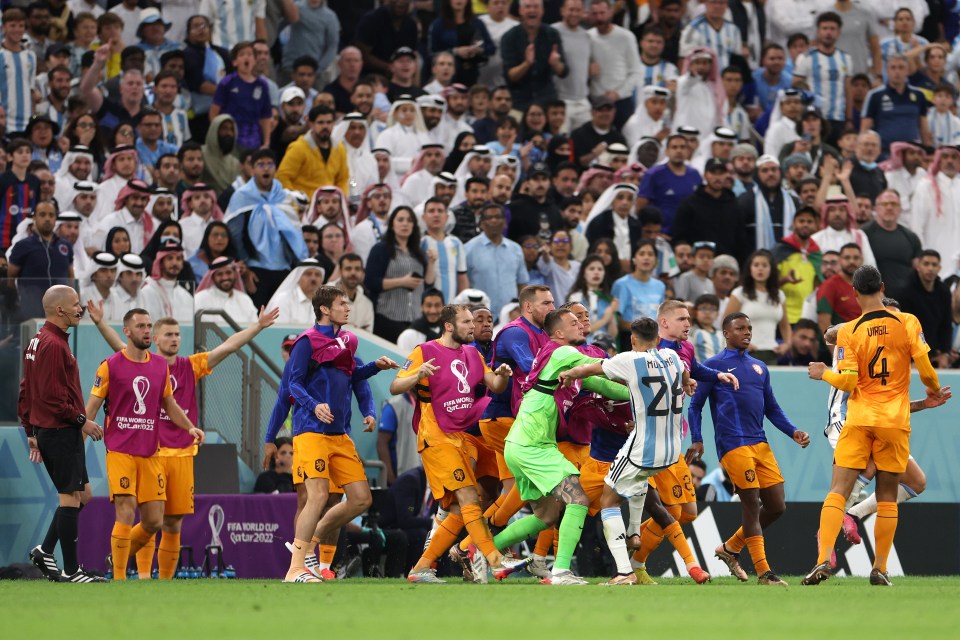 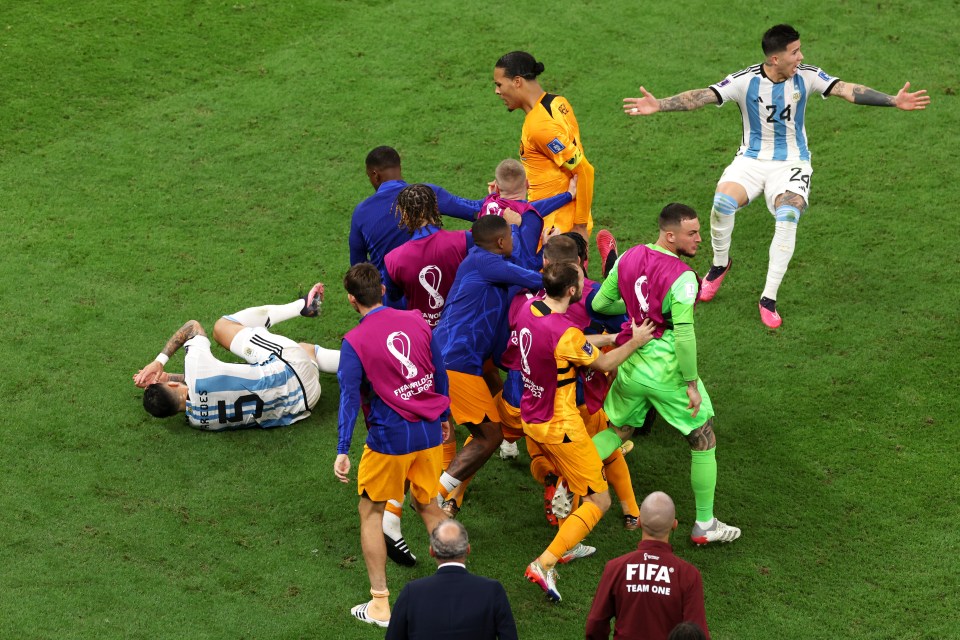 That left Paredes on the floor, however, he soon got up and was promptly booked

Taking exception to his dissent, the Netherlands substitutes’ bench and backroom staff stormed the pitch to confront the tough-tackling midfielder.

Van Dijk also got involved as he barged Paredes to the ground, before the Argentine midfielder was booked for his actions.

“Well sort this one out,” Stuart Pearce told talkSPORT. “The challenge was poor. Van Dijk arrived and his sheer size floored him.”

However after 10 minutes of added time, Weghorst struck again to send the fiery encounter into extra-time.

Van Dijk then missed the Dutch side’s first spot-kick, while Paredes slammed his into the top corner to help the South Americans have the last laugh as Argentina won 4-3 on penalties.