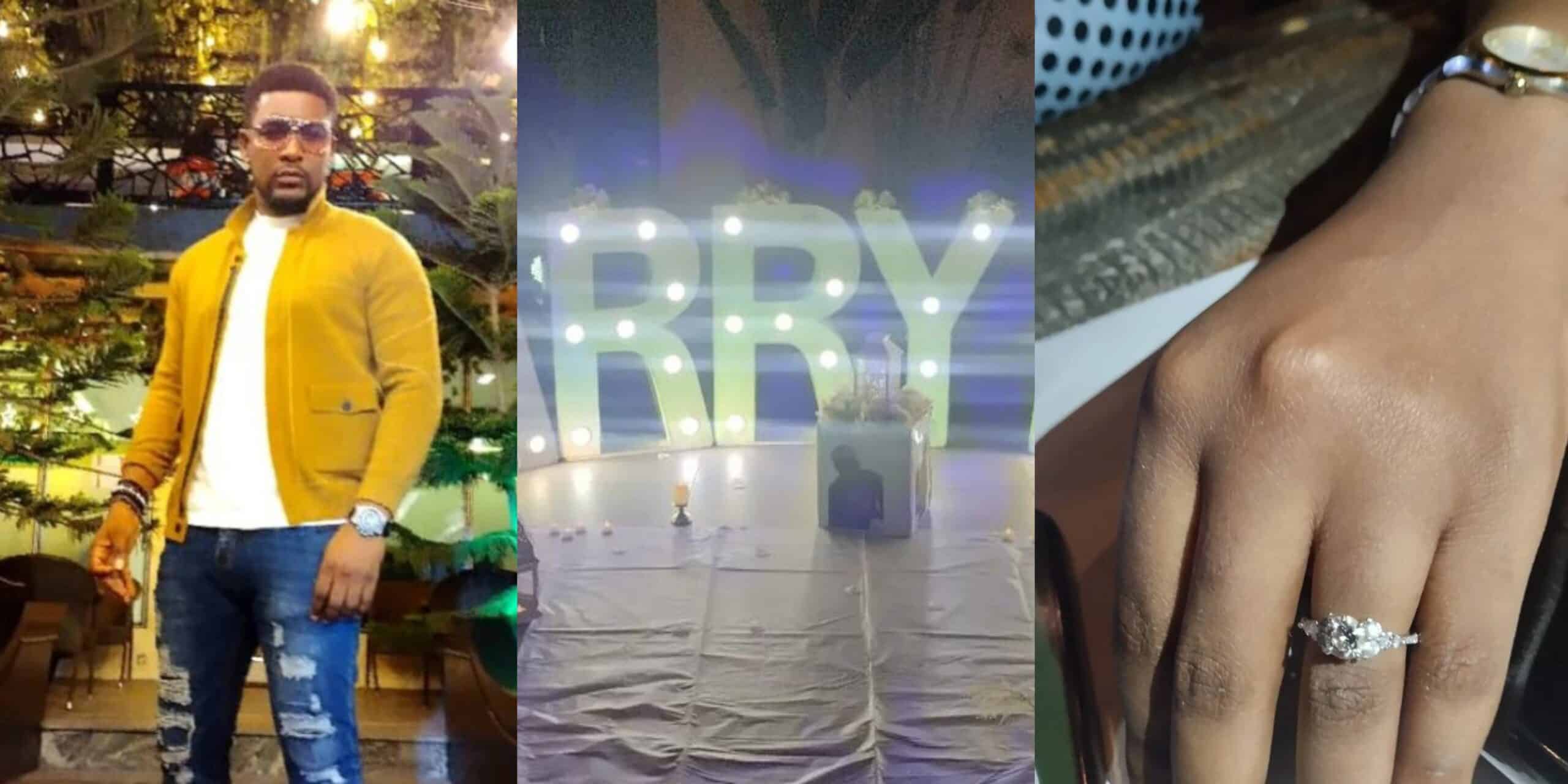 Nollywood actor, Wole Ojo is ending the year on a high note as he engages mystery lover.

The actor has finally bade goodbye to the bachelor’s club.

Taking to Instagram, Wole Ojo revealed that he ended the year, 2022 by proposing to his lover.

The actor further revealed that his lover said yes to him.

Is Wole Ojo just teasing his fans or promoting another movie? Only time with tell. 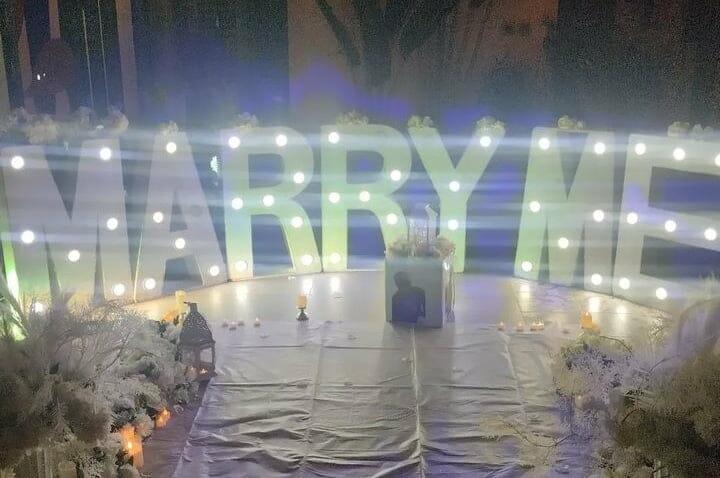 Kemi Filani news recalls Wole Ojo had pranked his fans about his wedding when he teased them with news of his coming nuptials.

The actor took to social media and revealed to his fans that he had found his wife after repeatedly searching and wandering the endless streets of emotion and heartbreaks.

“He who finds a wife finds a good thing! After searching high and low, wondering the endless streets of emotion and heartbreaks repeatedly…I found love! Love so pure it will break the hardest rock and melt the greatest glacier. I have found love! I’m marrying my best friend @francessben in the movie “Wife on Trial”. Thanks for coming to my TedTalk”.

He later consoled his fans by letting them know that it was a movie. 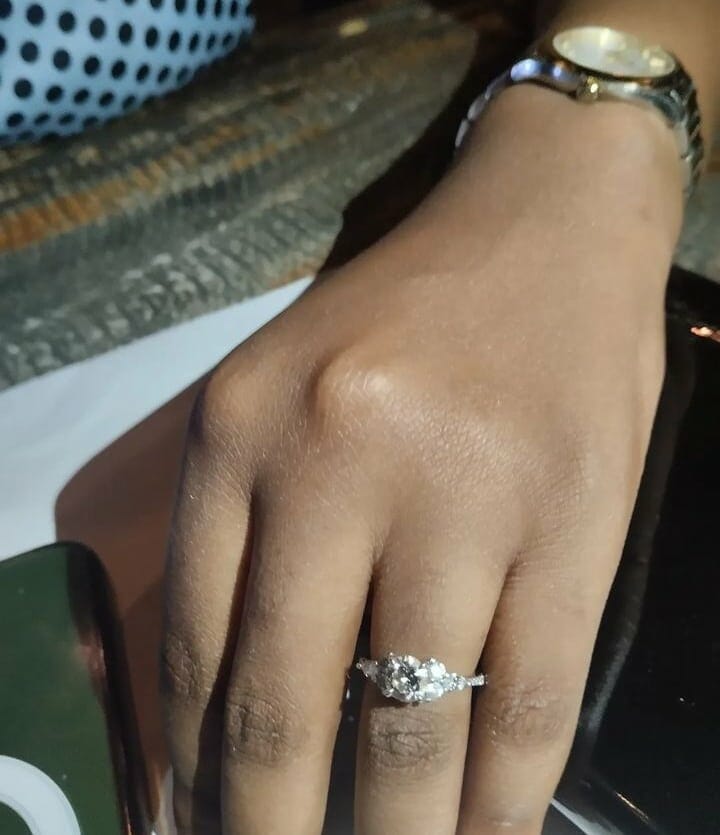 To add to it, Wole Ojo had broken the hearts of his loved ones as he shared a photo of his beautiful bride online.

The actor caused fear among his fans when he declared forever to his bride, Chioma Obi-Yomi in the presence of a witness.

Sharing the photo on his verified Instagram page, Wole Ojo declared forever with a promise of twenty-two children with his new wife.

The actor who had caused fear calmed his fans when he disclosed that the photo was from a movie scene.

Many via Wole Ojo’s timeline disclosed how shocked they were when they cited the photo on his timeline but were calmed through the caption and comments. 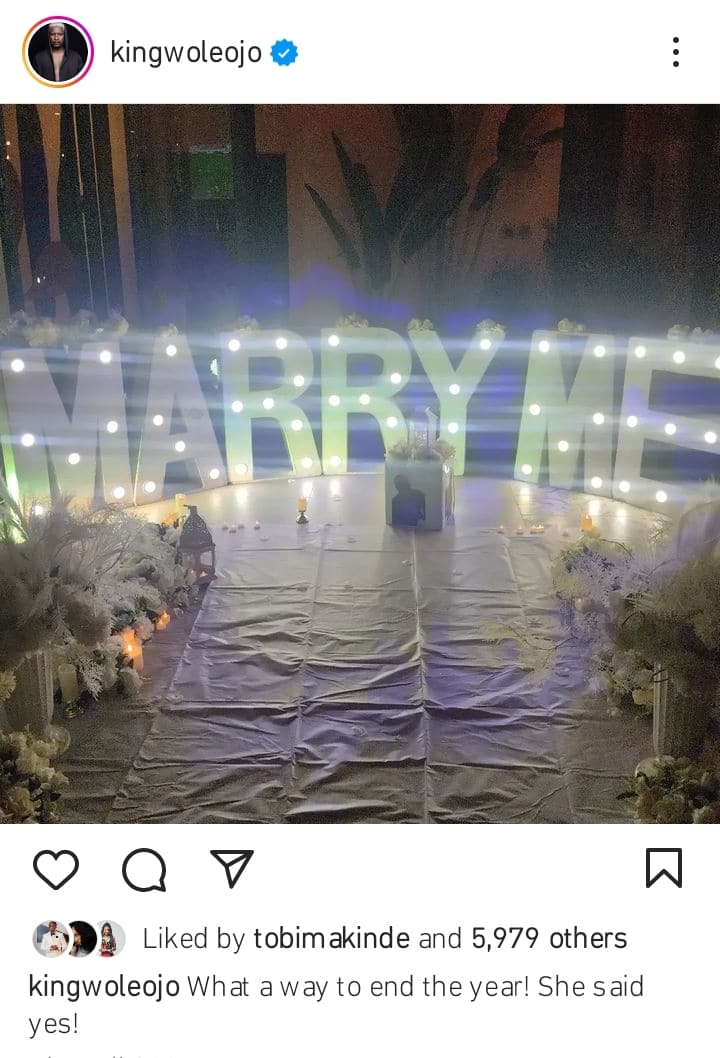