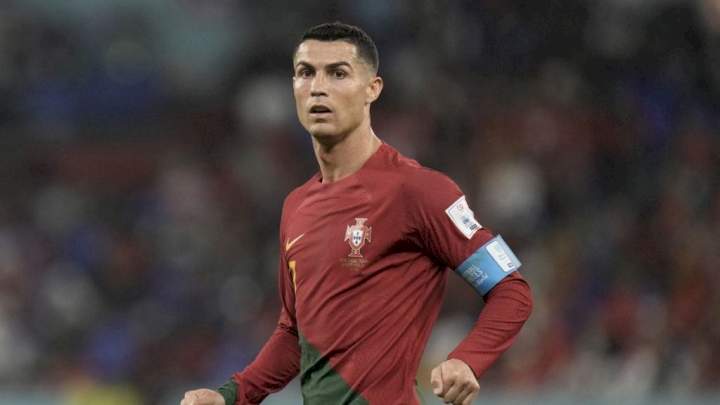 Portugal coach, Fernando Santos has refused to guarantee Cristiano Ronaldo will start their quarter-final clash against Morocco at the 2022 World Cup.

Ronaldo was dropped for their 6-1 win over Switzerland in Tuesday's Round of 16 clash.

His replacement, 21-year-old Goncalo Ramos, scored a hat-trick. There were also goals from Pepe, Raphael Guerreiro and substitute Rafael Leao.

Santos' men will now face Morocco for a semi-final berth on Saturday.

When asked if Ronaldo would play against the Atlas Lions, Santos replied:

"Ronaldo will definitely (be involved), all the players on the bench can be used.

"Tf they are not in the starting line-up, they can play later.

"It's important to look at the example of this player's history. He's one of the best players in the world at playing professionally, being captain - all we have to do is think about this team collectively," he said.