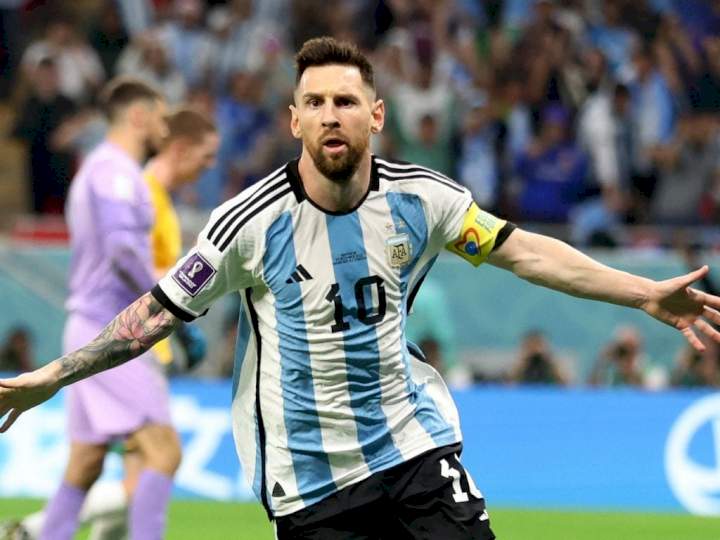 Argentina captain, Lionel Messi has insisted that he always has the same illusion as he felt the first time he played as a professional footballer.

Messi said this while reacting to reaching his 1,000th career game as a professional footballer.

The former Barcelona captain also scored a goal against Australia during the encounter, his first World Cup goal in the knock-out stages.

In a post via his Instagram account on Tuesday, Messi wrote: "1k games already smh And always with the same illusion I felt the first time I played as a professional.

"Thank you very much to everyone who accompanies me on this beautiful journey."