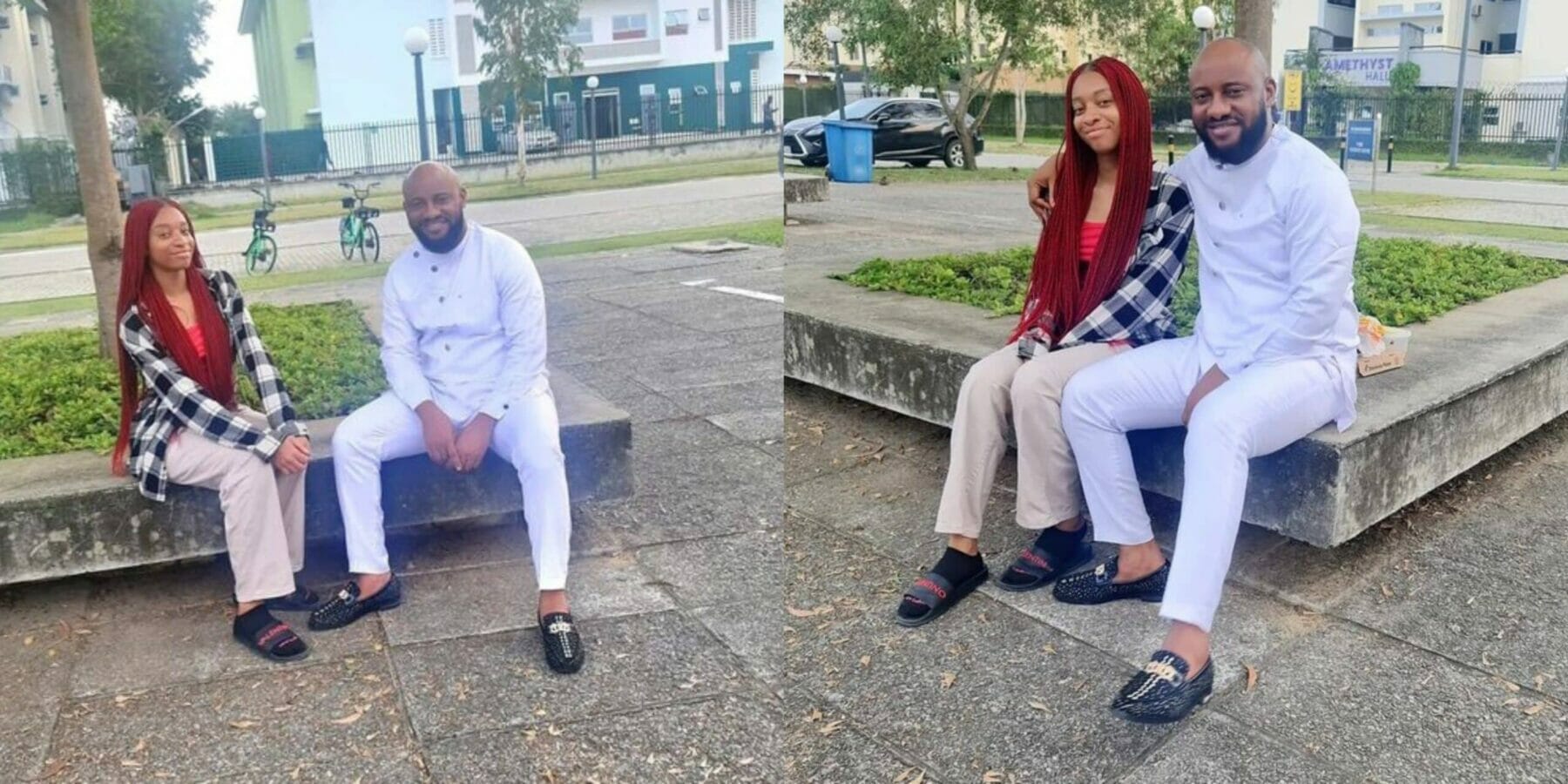 Sharing photos of him with his mini-me, Yul Edochie recounted his visit to her school.

He praised his daughter for always making him proud and for her fantastic grades.

The proud father said a word of prayer for her as he expressed pride in her educational achievement.

This isn’t the first time Yul Edochie has praised his daughter.

Recall that the controversial actor took to the photo-sharing app, Instagram, to show off his teenage daughter’s singing skills.

Yul Edochie praised his daughter’s skills and also sent her a message. The actor urged his daughter to continue singing as the sky is her limit.

He wrote: “You’re doing well, my darling daughter @danielleyuledochie
You sing so well.
Never stop.
Keep singing.
The sky is your limit”.

However, the actor’s daughter doesn’t seem pleased with him, especially with his second marriage.

News Centric news reported that Yul Edochie’s first daughter, Danielle Edochie, had reacted to trolls who tag her name alongside her father’s name or other Nollywood practitioners.

The teenage girl took to her Instagram story to express frustrations with those who linked her name with her father’s.

Danielle iterated her stand on her career choice, stating she does not have business with acting and Nollywood. She also begged trolls to stop linking her name with her father’s as they have different choices.

She wrote: Please I’m NOT an actress, I have no business with acting and Nollywood, no dey force career on me abeg.

I don’t act and I’m not interested in acting.

Acting is for him and not for me and I am a whole different person, I am my own identity.

Please stop tagging me in post related to him /nollywood/films/actors. I am not intrested in Nollywood.

Know these and know peace”.

To further prove her little disdain for her father, Danielle Edochie, had stated love is wicked.

The movie star’s 17-year-old child, in a TikTok video, attempted to depict how wicked humans could be suggesting people die to begin life all alone.

In the video, she could be seen dancing energetically to Brick and Lace’s 2007 hits: “Love is wicked”, in her room.

Daniella added: “Not this song (referring to Brick and Lace’s ‘Love is Wicked’) trending again lol.” 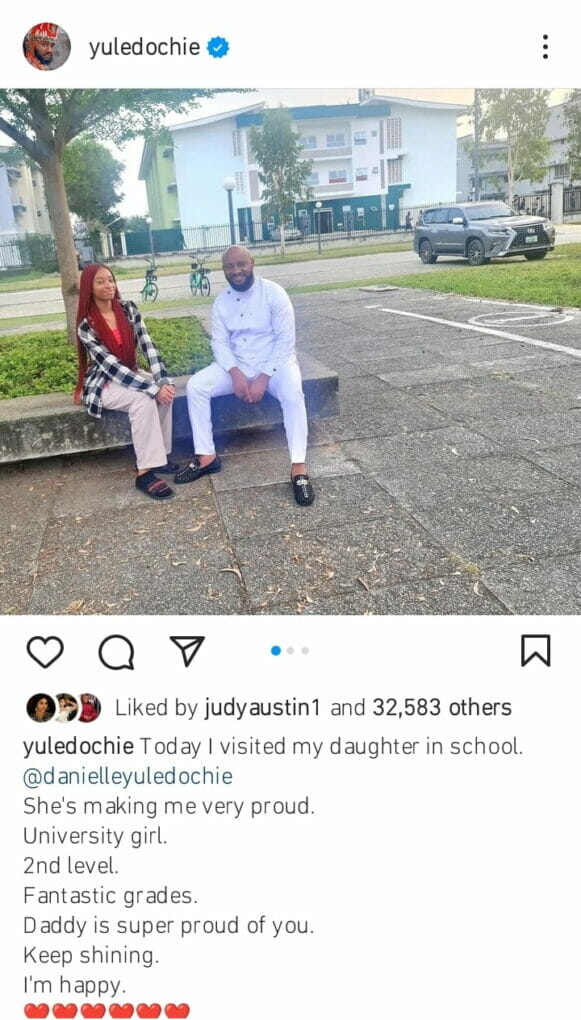