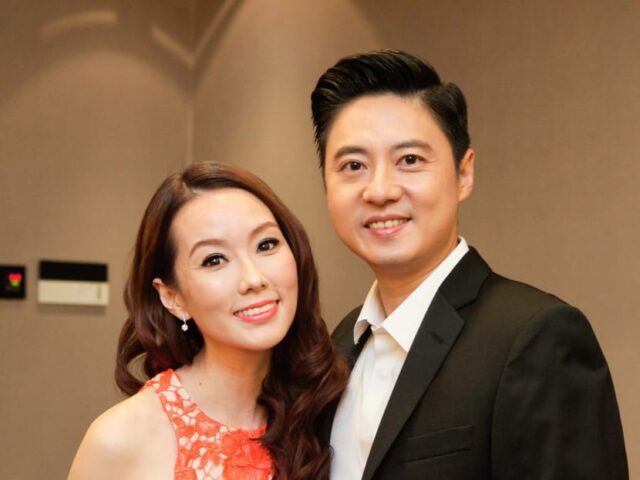 Yvonne Lim (born September 28th, 1976) is a gifted Singaporean actress and TV personality. She is known for her roles in dramas such as Starting Point and A New Life. In addition to her work in television, she has also appeared in television series such as The Return of the Condor Heroes.

Yvonne Lim began her acting career in 1997 when she starred in the Singaporean television, Starting Point & Danger In Sight. She has since gone on to establish herself as a leading actress in Singapore, with her work garnering critical acclaim.

In 2013, Yvonne Lim won the Best Actress award at the Star Awards for her role in World At Your Feet.

Yvonne Lim was born on September 28th, 1976, in Singapore. He comes from a Chinese lineage, and her family is Hokkien-speaking people.

She attended CHIJ St. Theresa’s Convent for early academic training, and in 1996, she received her diploma in electronic, computer, and communication engineering (DECC) from Singapore Polytechnic.

Yvonne Lim admitted that she was a “shy girl” who infrequently participated in extracurricular activities in an interview with SP’s alumni magazine. She entered the Miss Singapore Polytechnic beauty contest on the advice of some friends and came in first runner-up.

Before signing up with Star Search Singapore in 1997, Yvonne Lim participated in modeling and reached the finals of Go Magazine’s Cover Girl Contest. Even though she lost in the championship round, Mediacorp of Singapore gave her a contract.

Alex Tien, a former member of the Taiwanese boy band B.A.D, is the husband of Yvonne Lim and is 3 years her junior. The Ritz Carlton Hotel in Singapore is where the pair got married on September 7, 2014.

In Starting Point, Yvonne Lim was given the lead role and earned stellar reviews from audiences for depicting a young businesswoman. She was nominated for Best Newcomer and Top 10 Most Popular Female Artistes in the Star Awards 1998 after her debut in Starting Point.

Her career progressed slowly after that, with most of her jobs being small supporting roles. Her small stature, which makes her appear dwarfed compared to other actors, is sometimes blamed for this phenomenon.

However, Yvonne Lim‘s career began to take off in 1999 when she starred in Stepping Out as a poor girl who got lost in the masses in Singapore in the early 20th century.

When she was cast in the lead role of An Enchanted Life, a film about a Taiwanese betel nut seller who travels to Singapore in quest of her father, her popularity skyrocketed even more in 2006.

In 2007, Yvonne Lim also played a key role in the popular drama Metamorphosis, for which she won the coveted Star Awards 2007 Best Actress Award.

For her, winning this prize marked a significant turning point because it boosted her fame. Additionally, Metamorphosis received Best TV Serial at the 2007 Star Awards.

Yvonne Lim is estimated to have a net worth of $15 million. She began her career in the entertainment industry at a young age.

She has had a very successful career thus far. She is one of the most popular actresses in Singapore and her net worth is a testament to that. She will continue to have a successful career in the coming years.