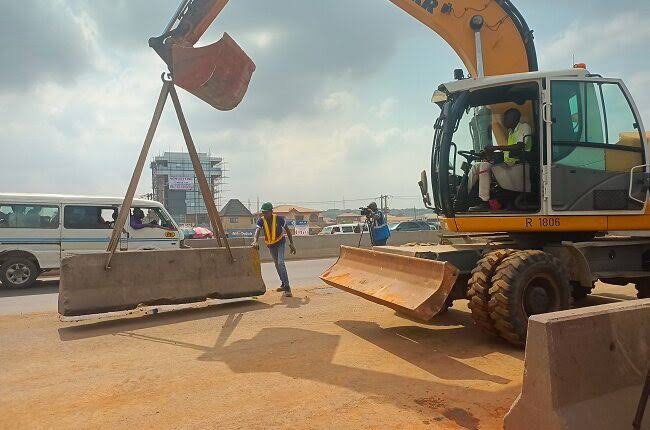 The federal government says barricades will soon return to major highways under construction as work resumed on Tuesday.

Blessing Lere-Adams, the spokeswoman for the federal ministry of works and housing, announced this in a statement on Wednesday in Abuja.

The barricades were removed at all construction sites on December 15, 2022, for ease of movement to reduce travel time during the yuletide season.

According to her, contractors will resume work on major highways, especially the Lagos-Ibadan Expressway (from OPIC to the old tollgate) and the Abuja-Kaduna-Kano Expressway (around Kawo on the Kaduna-Zaria section).

Ms Lere-Adams said works and housing minister Babatunde Fashola had directed that construction barricades be returned at the construction sites for safety purposes from Tuesday.

Also, the second Niger bridge will remain closed from public use from Sunday to continue work on completing the access roads to the bridge.

“The minister seeks the patience and understanding of motorists and the public on this action aimed at completing the ongoing projects,” the government official explained.