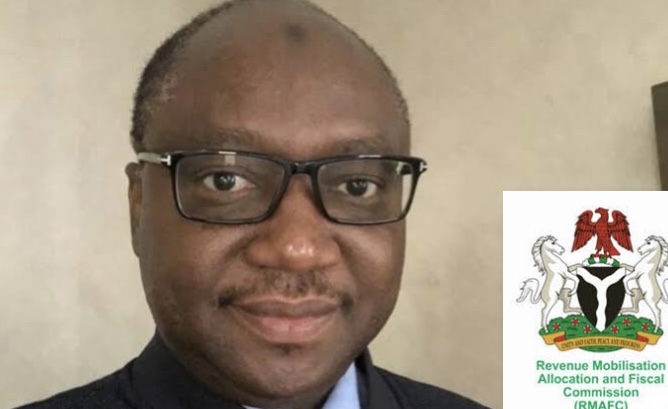 The Revenue Mobilisation Allocation and Fiscal Commission (RMAFC) says the electronic data collection from states and local governments will be finalised in March.

RMAFC chairman Muhammed Shehu disclosed this on the sideline of an event on Monday in Abuja.

The event was a ‘Tooling Programme’ to enlighten officials of the states and local councils on data generation and management.

It was organised by the commission in collaboration with the 36 states, the Federal Capital Territory (FCT) and the 774 LGs.

“The commission has already done the vertical allocation formula, which is the sharing of revenue from the Federation into states, local governments, Federal Government, and the FCT,” stated Mr Shehu.

The RMAFC boss also said the commission had submitted its report in April 2022 to President Muhammadu Buhari. He revealed that Mr Buhari was awaiting the outcome of a new Revenue Allocation Formula constitutional amendment initiated by the National Assembly.

“After reviewing, he (Buhari) will forward it to the National Assembly for enactment. This exercise is about (the) collection and management of data from the states,” stated the RMAFC chair. “Revenue allocation formulas are categorised into vertical and horizontal. The vertical is sharing among the three tiers of government, while the horizontal is sharing revenue among states and local governments.”

He stressed that there “has to be some data and setting indices that we collect and analyse before it forms part of the entire revenue allocation formula” and that “while the other one will be transmitted to the National Assembly, we are awaiting that outcome.”

He further said the commission would collect the data to be analysed every year.

“As the data comes in, we analyse and adjust where necessary. We are going to finalise this by the end of March. The training will take place within the next two weeks, and the call for the data to states will take at least a period of three months to upload,” Mr Shehu added.