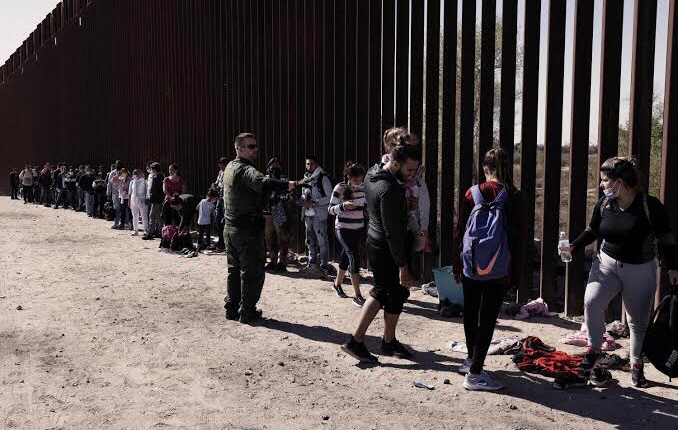 Mr Türk, in a statement on Wednesday, also criticised the intention to use the COVID-19 pandemic-related Title 42 public health order even more than today.

According to him, the move will permit the “fast-track expulsion to Mexico” of 30,000 Venezuelans, Haitians, Cubans and Nicaraguans each month.

He explained that Title 42 has already been used by U.S. immigration officials 2.5 million times at the southern border to expel people to Mexico or their home country without assessing what risks they faced as a result of being returned.

The high commissioner welcomed the extension of the U.S. so-called “humanitarian parole” programme to include nationals of Cuba, Haiti and Nicaragua – in addition to Venezuelans.

But he insisted that the measure “should not come at the expense of fundamental human rights, including the right to seek asylum and the right to an individual assessment of protection needs.”

Mr Türk stressed that seeking asylum “is a human right, no matter a person’s origin, immigration status, nor how they arrived at an international border.”

“These measures appear to be at variance with the prohibition of collective expulsion and the principle of non-refoulment,” the OHCHR chief said.

He added that limiting humanitarian parole for some “cannot be a replacement for upholding the rights of all to seek the protection of their human rights.”

He noted those most in need of asylum and those in vulnerable situations are unlikely to meet the restrictive requirements to be granted humanitarian parole, including having a financial sponsor in the U.S.

“We hear a great deal of talk about migration crises, but in reality, it is those migrating who often are the ones truly in crisis,” the high commissioner said. “Rather than vilifying them and stripping them of long-recognized rights, we should be seeking to govern migration humanely and safely with full respect for the human rights of every individual.”