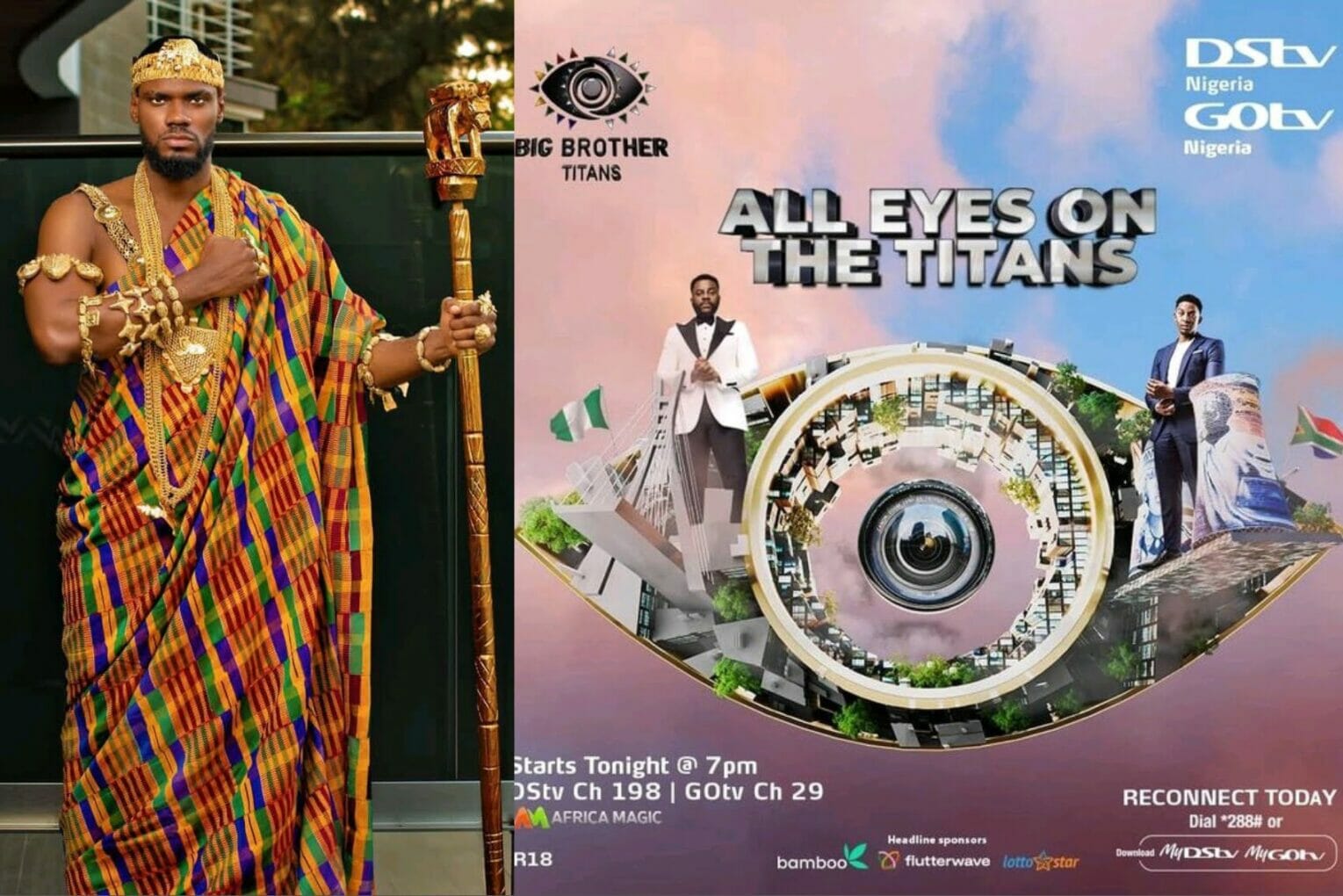 South African, a country once engulfed with apartheid regime otherwise known as racial racial segregation are known to tweet with English language and thereon divert to other native languages not understood by people who are form their country. It is worth noting that South African has eleven official languages.

Reacting to the manner in which they write, Prince Nelson appealed to them to tweet in a way everyone would understand.

He wrote: “As the show have started… South Africans abeg tweet what all of us will understand… don’t start with “oh yemi and Nelisa were in the pool” and then disappear into “jokdgwk sibtye haibo hebanna like bathong” #BBTitans”.

The Big Brother Titans kicked off on Sunday 15th January with twenty energetic, young and vibrant housemates drawn from Nigeria and South Africa.

BBTitans housemates are competing for a grand prize of $100,000. 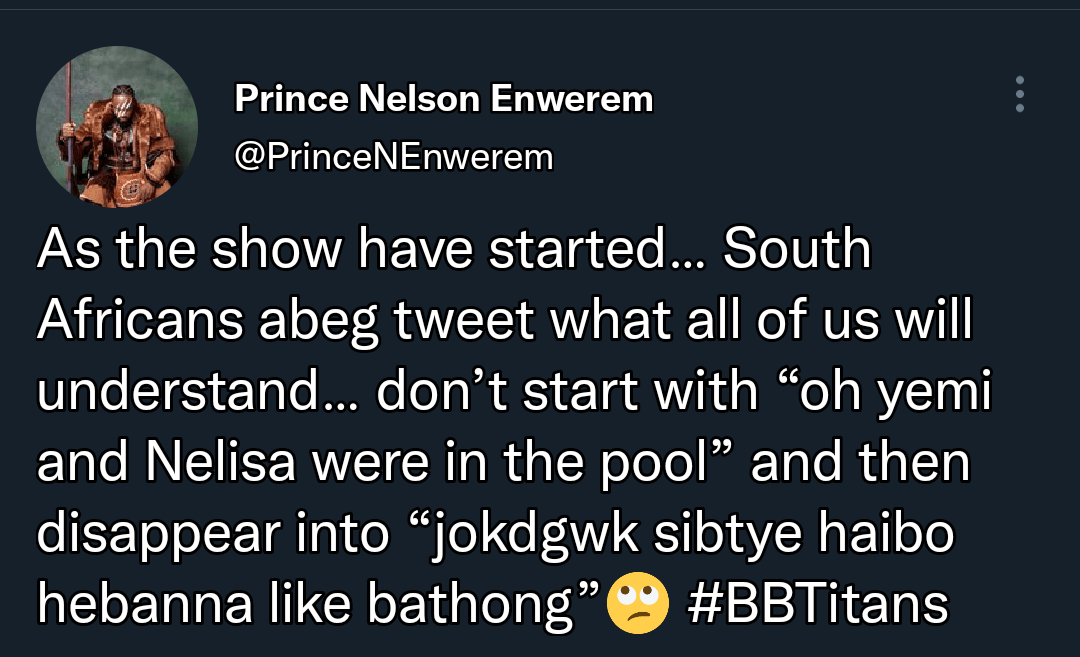