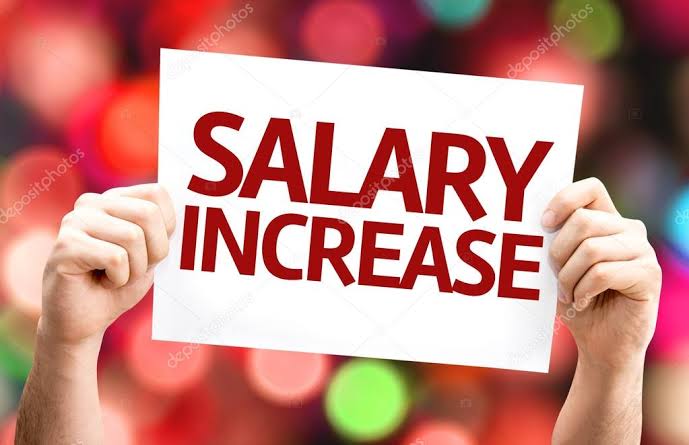 As a result of the continuous rise in the prices of commodities, the Nigeria Labour Congress and the Trade Union Congress have listed conditions for the proposed review of the national minimum wage.

The NLC and TUC added that before the salary increase announced by the Federal Government could be considered, the continuous rise in inflation and the devaluation of the naira must be checked.

The organised labour explained that the cost of virtually all consumables in Nigeria had been on the rise, stressing that if this should continue; any amount of money that would be added to the minimum wage might not meet the expectations of workers.

They spoke against the backdrop of the disclosure by the Minister of Labour and Employment, Chris Ngige, that the Federal Government would soon announce salary increments for civil servants and public officials due to the steady increase in prices of consumer goods.

The Punch reports that Nigeria’s headline inflation has continued to rise this year, hitting a new high of 21.47 per cent in November 2022 from 21.09 per cent in October 2022, according to the Consumer Price Index report released by the National Bureau of Statistics this month.

The Punch observed that this was the highest rate in about 17 years.

The World Bank recently said Nigeria might have one of the highest inflation rates globally in 2022, with increasing prices diminishing the welfare of Nigerian households.

Speaking at the Presidential Villa on Tuesday, the minister explained that a Presidential Committee on Salaries is currently reviewing salaries with a plan to announce its decision in early 2023.

But reacting to the planned salary review on Wednesday, the Deputy President, NLC, Joe Ajaero, told Punch that the government, employers and labour unions must meet to review the minimum wage before any hike could be considered.

Asked to state what workers expect in terms of the review and the possible minimum wage that the government should consider, Ajaero replied, “I don’t think we should put the cart before the horse.

“But if they have used the word ‘review’, it then means the tripartite body will meet and factor in all the issues, whether it is based on the cost of living, as we will also look at the inflationary trend and the devaluation of the currency.

Providing explanation on what he meant by the tripartite body, Ajaero said, “It includes the government, labour and employers, which are the parties that constitute the legs in the industrial relation tripod. They should be present when this issue is being discussed.”

Determining the new wage, Ajaero said, would be based on different indices such as the cost of living, inflation rate, devaluation rate and others.

He stated, “It is not going to be a straight jacket issue. If the Federal Government says there will be a review in the new year, and that review will involve a tripartite session- Labour, government and employers. And since they equally said it will be determined by the increasing cost of living; then, some factors will be considered, which is the cost of living index, inflation rate, devaluation rate and others in determining the new wage.’’

“That is why we can’t project a particular amount, but if you check all the indices that constitute a living index, they are higher than even the current minimum wage of N30,000.

“Take for instance, a loaf of bread is now N1,000, and in 30 days that will be N30,000. So, all of these will be brought to the table. If you look at even transportation, kerosene, diesel, petrol and cooking gas; and other expenditures are more than N30,000 minimum wage”, he explained.

“So, if it is a review, then, the federal government has to bring all these factors to the table. But if it is an award, then, it is a different thing entirely. We will know how to make comments when we get clarification from them.”